If you have hiked northbound on the Appalachian Trail, you will remember the views from Max Patch, the quickening anticipation of a town stay as you stopped at Deer Park Shelter,  and the long descent into the French Broad River Valley. You stepped out of the woods and onto a highway that soon became Main Street. You arrived at the hikers’ beloved town of Hot Springs. 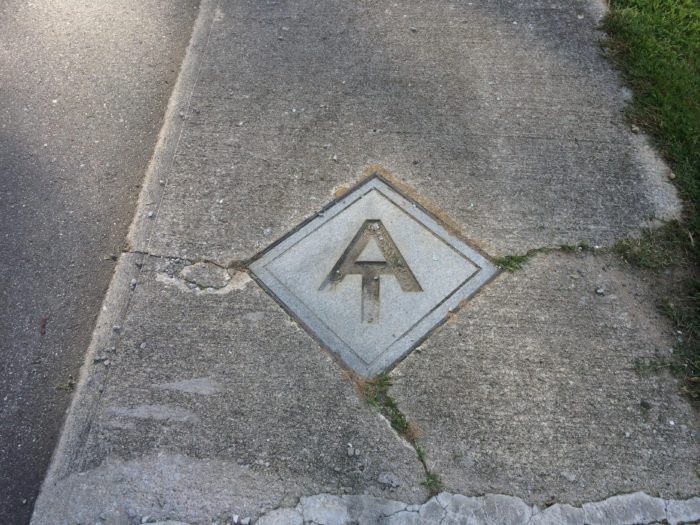 You followed AT symbols set in the sidewalk, slaked your hiker hunger at Smoky Mountain Diner, booked a room at a spare but clean motel where the keys are left in the lock, and you might have capped the day with catfish and beer at the Iron Horse. The next morning you trudged over the bridge across the French Broad River and began the climb out of town, clean, content, fed, provisioned, and happy to have experienced one of the favorite trail towns in the United States.

And you missed the best part.

Every summer the 600 or so residents of Hot Springs welcome around 2,000 Appalachian Trail thru-hikers. Imagine such an influx of visitors in the year 1917. The town’s population is about the same as today, and the number of guests is about the same; but these people all arrive at nearly the same time, and they expect to stay indefinitely.

They are not hikers. We are at war with Germany, and they are Germans. 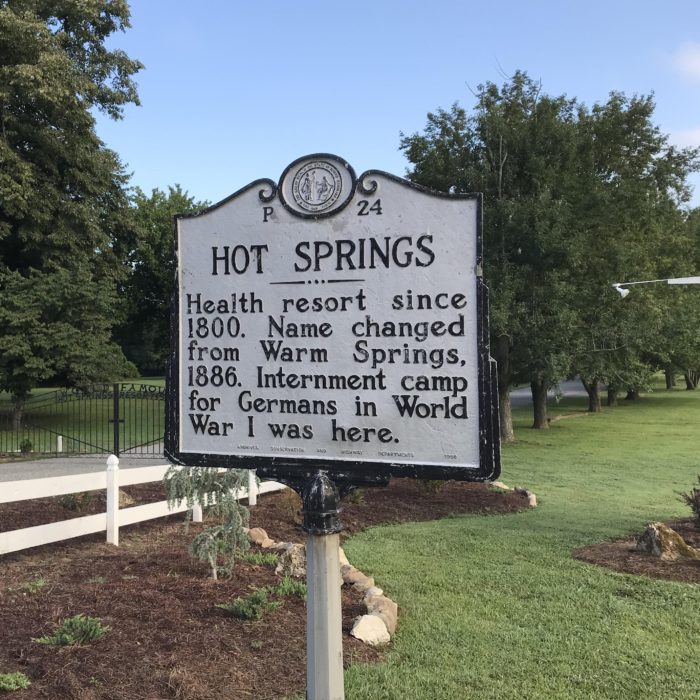 From the train station, arriving Germans were marched to the grounds of the Mountain Park Hotel. Once a luxurious spa, the Mountain Park had fallen on hard times and was about to close. Its owner had an idea to convert it into a hospital for returning soldiers, but the federal government had a better idea. When war was declared on April 6, 1917, the United States seized German ships then in American harbors. Merchant ships and ocean liners, including the Vaterland, the largest ship in the world, were rechristened as US Navy vessels. The crews and passengers, though mostly civilians and not in any sense prisoners of war, were nevertheless deemed enemy aliens and had to be lodged somewhere.

What better place than a disused resort deep in Appalachia, where Germans would be prisoners in fact if not in name? Cheap local labor would run the camp, local produce would feed the internees, and if any escaped, the wilderness would finish them off. 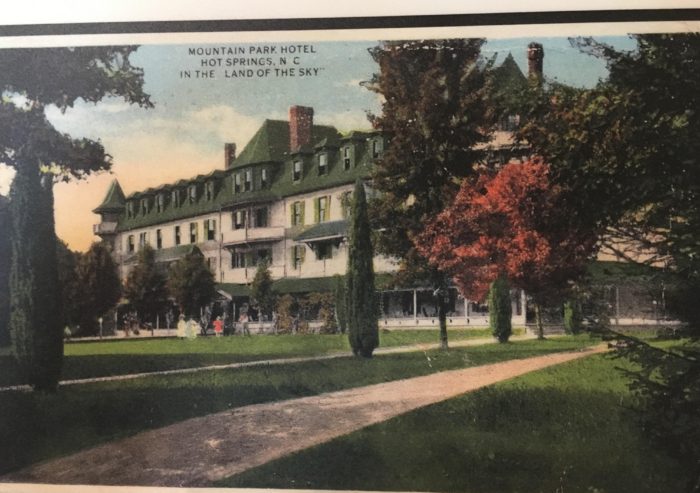 When the Germans arrived in June, they found their tattered quarters comfortable but much in need of repair. The huge swimming pool was full of mud. Flimsy barracks dotted the former golf course. Hastily assembled pipes and wires snaked through wooden and barbed wire fences. There was much work to do.

And the Germans had plenty of time.

The Bureau of Immigration had solved the enemy aliens problem with an internment solution that by all appearances would house the Germans not cruelly but with appropriate severity. The Bureau failed to anticipate, however, what happened next; and why should they have? After all, the townspeople, armed and wary, had been warned that the Germans were our enemy. 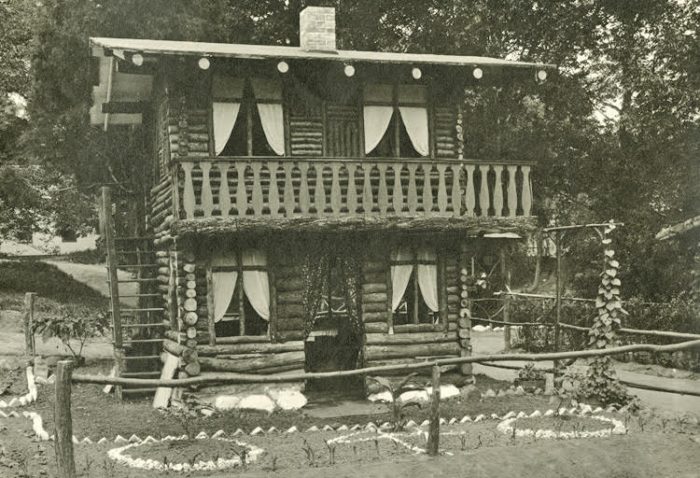 Yes, but the directors of the Bureau of Immigration had never visited western North Carolina. They could not have foreseen that the Germans would quickly grow to love Hot Springs.

And they would never have dreamed that Hot Springs would love the Germans.

The mix of interned officers, crew, and wealthy passengers included engineers, artists, chefs, carpenters, and intellectuals. They cleaned out the swimming pool and restored it, along with tennis courts, croquet lawns, the billiard room, and the bowling alley. They raised rabbits and planted vegetable and flower gardens. They built a miniature German village—including a chapel with spire—out of wood, complete with sculptures of Neptune and mermaids and a working Tyrolean carousel that played music as its chairs spun round. They carved ship models and children’s toys. Some built houses; one two-story affair boasted a brick chimney. Those who could afford it sent for their wives and children, who took up lodging in rooms rented out by Hot Springs landladies. 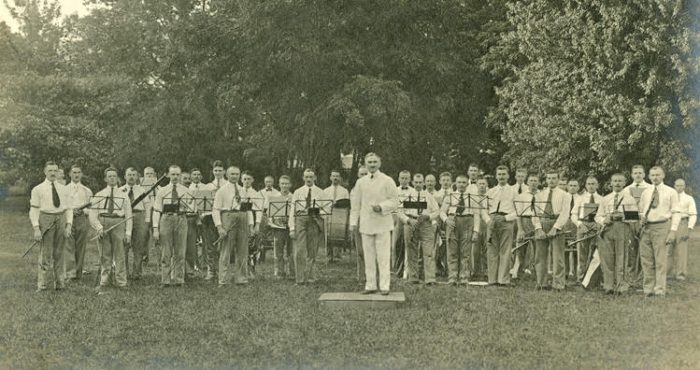 Although internees were not supposed to leave the camp, Hot Springs gardens soon sported trellises and sheds built by Germans. Town children, whose educational opportunities had always been bleak, found themselves tutored by scholars with advanced degrees from European universities. On Sundays, townspeople congregated near the fence for concerts performed by the 35 members of the German Imperial Band. 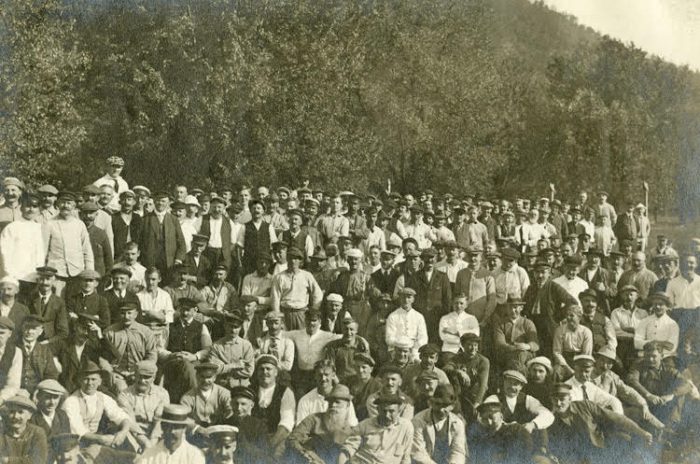 A few of the 2,000 internees. Credit: Madison County Public Libraries

In this pandemic year, we know how rapidly a pathogen can sweep through an enclosed community. But it wasn’t coronavirus or Spanish Flu that descended on the Hot Springs camp in 1918.

Fate perversely granted the wish of some German internees who longed to spend the remainder of their days in North Carolina. Some lie in a Hot Springs cemetery. Some perished in a hospital in Asheville. 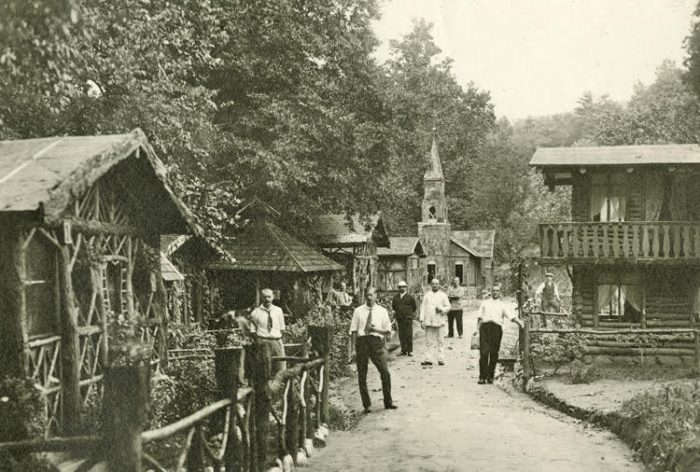 The remaining internees? In August 1918 the Army summarily relocated them to prisoner of war camps. In November the war was over.

I would love to report that today you can stroll through Hot Springs and admire the handiwork and the living legacy of those German internees. Alas, you cannot. Every structure built by them was blown up at the end of the war. The Mountain Park Hotel was destroyed by fire in 1930. By 1932 no visible trace of the German presence remained. 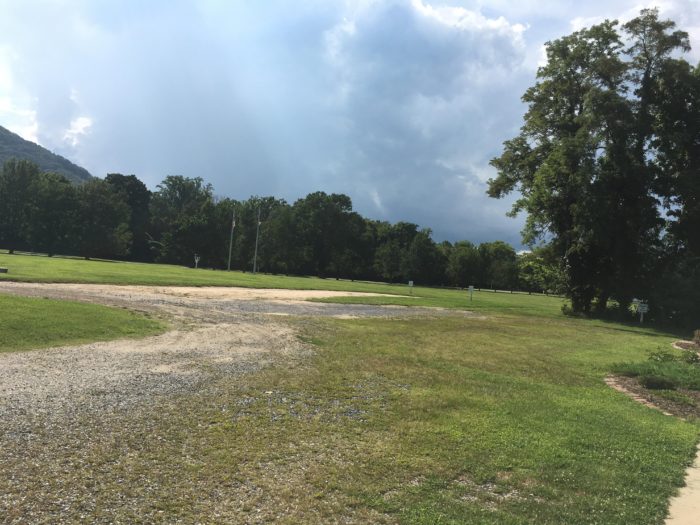 The internment site as it looks today. Credit: Ross Carter

This amazing story is recounted by Jacqueline Painter in her book The German Invasion of Western North Carolina. Next time you are in Hot Springs, pick up a copy at the outfitter’s or the hardware store. If you hike through the town on your way north, pause a minute before you step on to the bridge over the French Broad. Look to your left at the green lawns and picture in your mind a bustling hum of happy working hands wresting a celebration of their homeland out of the desolation of internment. Take a moment to remember the Germans who invaded Hot Springs in 1917. 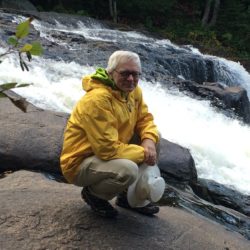