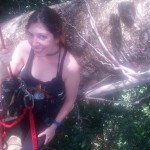 Appalachian Truth, Seen from Within

I grew up in Appalachia, and I can’t remember a time when I didn’t climb its mountains (both its paths and its briar-and-poison-soaked innards). We didn’t call this hiking–it was just playing, or going somewhere faster; and it was done nearly every day. Entering the forest curtain, you find so many things: 18th century graveyards, rusted-out cars, marijuana fields with caretakers forgiving your trespass only because you’re so-and-so’s granddaughter and you turned your accent way up.

I didn’t get into bluegrass then. I didn’t get into Jesus much either. But I climbed and swam and ran the roads as far as I could get away with… until I got away with actually getting away. I moved at 18–scholarship to college, first in my family. 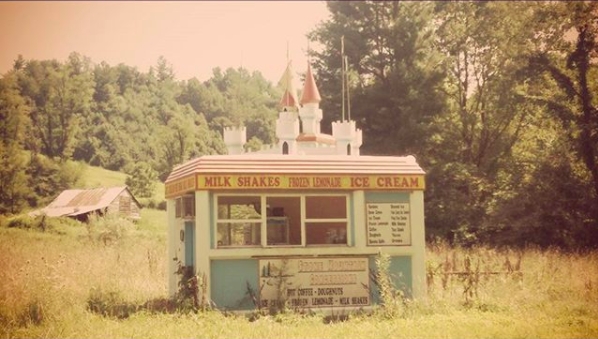 People had always made fun of my accent when I left Appalachia’s mossy-green shroud–hillbilly, redneck, country girl. I didn’t realize those were insults; my friend and I called each other those things. My first week at school, the president of the university held a dinner for all in the honors program, and I sat at a white metal table while servers poured us iced tea with lemon on the side. Speeches were made about accomplishing things, being leaders, being adults. Then I was called to the podium, unexpectedly, as the president announced to the hundred or so people there that I was the school’s “first student from Appalachia. She’s a coal miner’s daughter!” They applauded his charity and generosity and he was proud.

The AT, however, was something people from outside respected about home. I began sectioning pretty much immediately. I was doing other stuff too–central America at 19; Europe at 20. Backpacking wasn’t just hiking and camping. It was freedom–freedom to carry one bag anywhere in the world and see things slowly and up close. Freedom to be seen as a traveler instead of a hick, a girl, a kid, even as an American “tourist” sometimes. 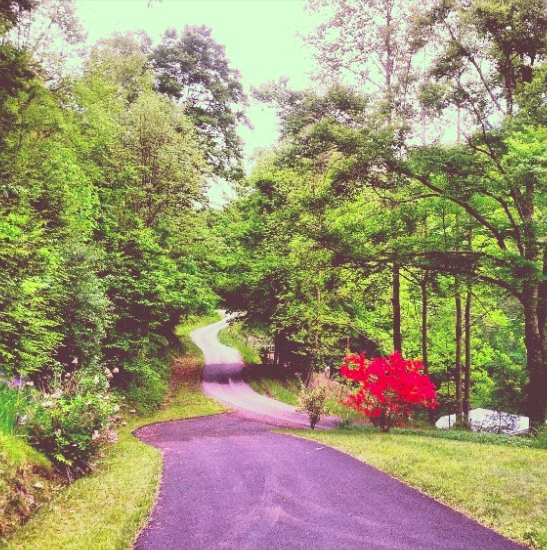 This road wasn’t paved when I grew up on it.

Then at 21, I did my longest AT LASH to date–and the culture struck me as the very place my soul had been searching for. You aren’t your name, your hometown, your career. You have a backpack and a trail name and nothing more to do than put one foot in front of the other many many times.

I’ve been living in Portland, Ore., the past year or so and an overwhelming urge to delve further into Appalachian culture has arisen from my being so far from a place that has so many artisans here on the cusp of being the “Discoverer of the Appalachian (insert food, musical instrument, etc., here).”

So next month I head out–driving across America, ending up at Damascus. Walking to Springer. I am excited to explore how the hikers and the towns coexist, and to coax more Appalachians out to this magic in their own backyard. Perhaps I’ll educate a new friend or two on what’s just on the other side of that mountain road we’re thumbing along, and perhaps they’ll think something beyond the cliché. And if not, I get in a great trek nonetheless.