I hiked out of the Smokies to a hostel nearby the day previous for a well deserved Nero. The hike out of the Smokies was beautiful and I had an emotional moment of reflection about my time spent there. Most of the walk paralleled a stream. The sound of the water and sight of the various waterfalls soothed me on my way out. My time at the hostel was relaxing and they even had a waterfall shower, which is the best in my opinion. So on this day, I continued on with my hiking!

After getting to the beginning of the trail, I spotted a morel! It was full of water and I thought how funny it was that they not only look like sponges but act like them too. Part of the way up the climb for the day, it started to rain. It wasn’t necessarily a heavy rain, but it was very steady. As I climbed higher, I also got more drenched and subsequently heavier. It is not the most fun time on trail, but it is a part of the life you are given when you sign up for a thru-hike.

At the top of the mountain there was a tall white building that made a droning noise. Having no clue what it was, I subconsciously started hiking faster. The top of the mountain ended up being a small bald, so it was pretty even though it was gloomy and foggy from the rain! Thus started the descent to the shelter.

Fortunately for me, the rain stopped when I got to camp. I immediately pitched my tent and felt much better mentally in dry clothes. I was glad the day in the rain was over and relaxed for the evening. That night I woke up in the middle of the night to what sounded like a pack of dogs running and barking in the distance. I listened as the barking moved parallel to my position and wondered what animal it was. 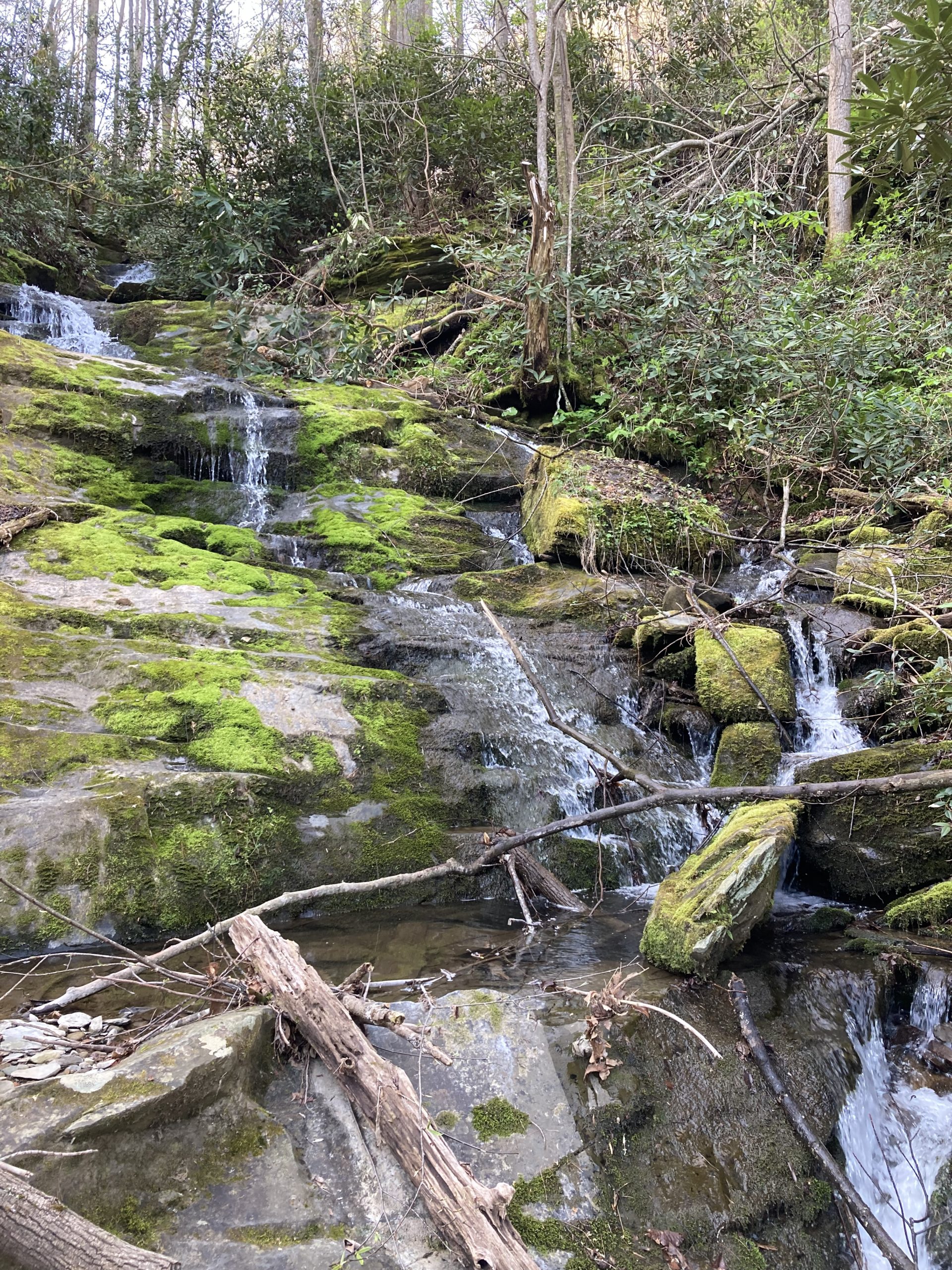 The biggest waterfall from this morning 😌 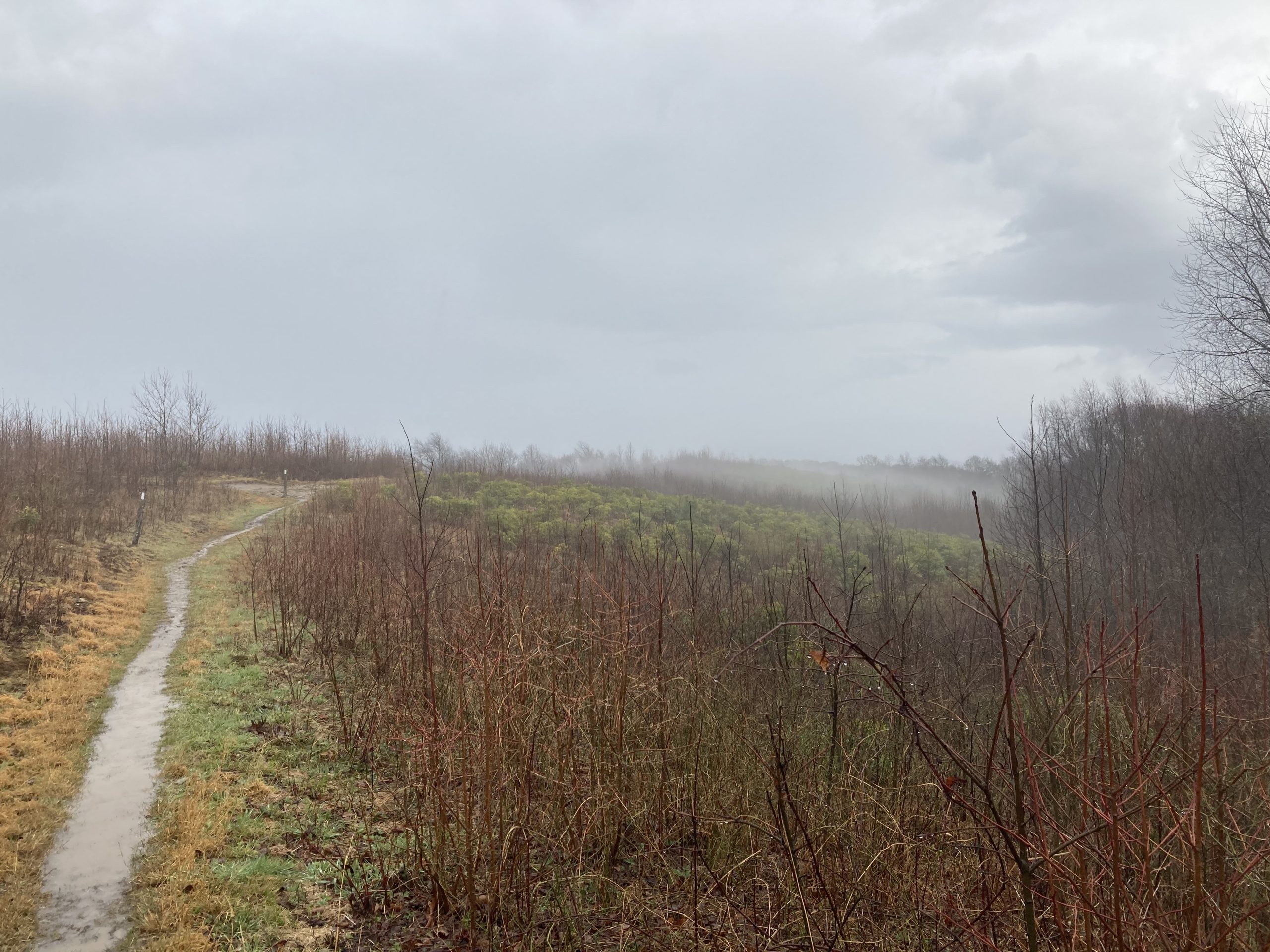 This was the bald where the strange building was.

When I was getting ready I felt hesitant to put my hiking clothes on because the humidity did not allow them to get dry. They got warm shortly after putting them on though! The first six miles led to Max Patch. It was a hazy day, but it really saturated the blue hue of Shaconage, leaving a solemn, but epic feeling. It was very windy that day as well so after soaking up the view, I zipped down into the tree line.

Shortly after that, I stopped for lunch where I chatted with a few hikers. After pushing on from there, the trail led into lush greenery with lots of small streams. I listened to the last episode of a podcast series on my favorite album, To Pimp a Butterfly. It was awesome to listen to a series that went behind the scenes and dived more into the process of making the album. It was the most recent season of The Big Hit Show for people who are fans of Kendrick Lamar. This episode in particular was very emotional and inspiring, so it added to the positive effects of the cute greenery all around.

Not too long after finishing that, I got to a gap that had trail magic! A few days ago I had been talking about Cosmic Brownies and the box had some!! It’s so sweet how the trail (and especially the Trail Angels) provides. As I peaked the next mountains, I had a very settling feeling; trail life is my new life. I live in nature now. With all the ups and downs and ins and outs, it is a spectacular life that I’ve been dreaming of since I was a kid. Now this life is my reality and I feel grateful and at peace to be able to finally experience it. I hope that I truly enjoy this trek through to Katahdin because it’s important to me to grow a positive relationship with this land.

The shelter was right after this, but a fellow hiker and I decided to push on because it would be fairly windy on the top of a mountain that night. Almost a mile down the mountain I realized I didn’t grab any water and there wasn’t any marked at the next two campsites. When I arrived at the second one, I saw a stream on my map and had what I call a Bear Grylls moment, where I navigated to this unmarked stream. A salamander side eyed me as I filtered water, but I was glad to refill and happy to see the amphibian. The person who hiked with me wanted to go to the next shelter, so I hunkered down for another solo night of camping. It was very peaceful aside from the wind sounding like footsteps sometimes. 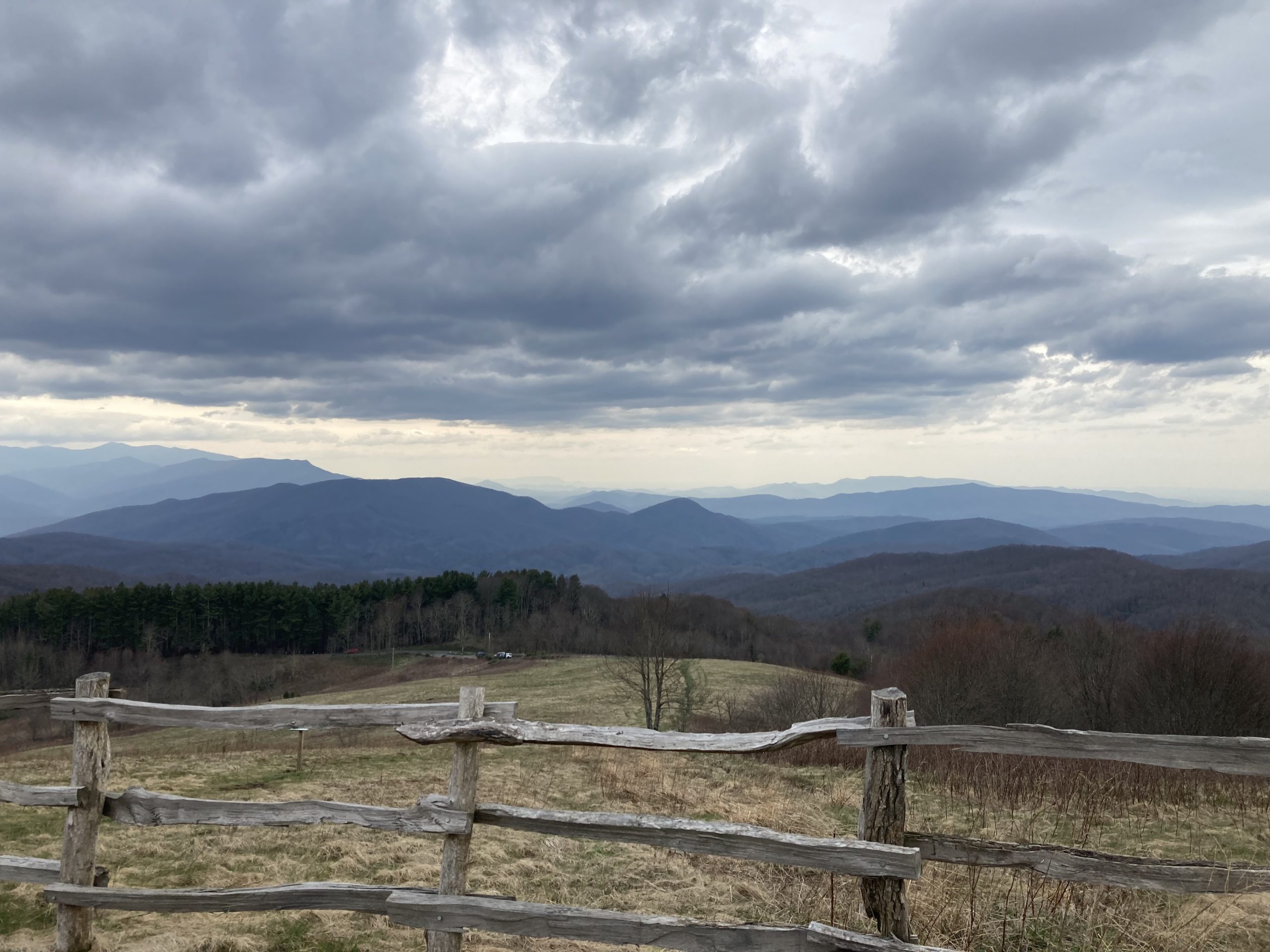 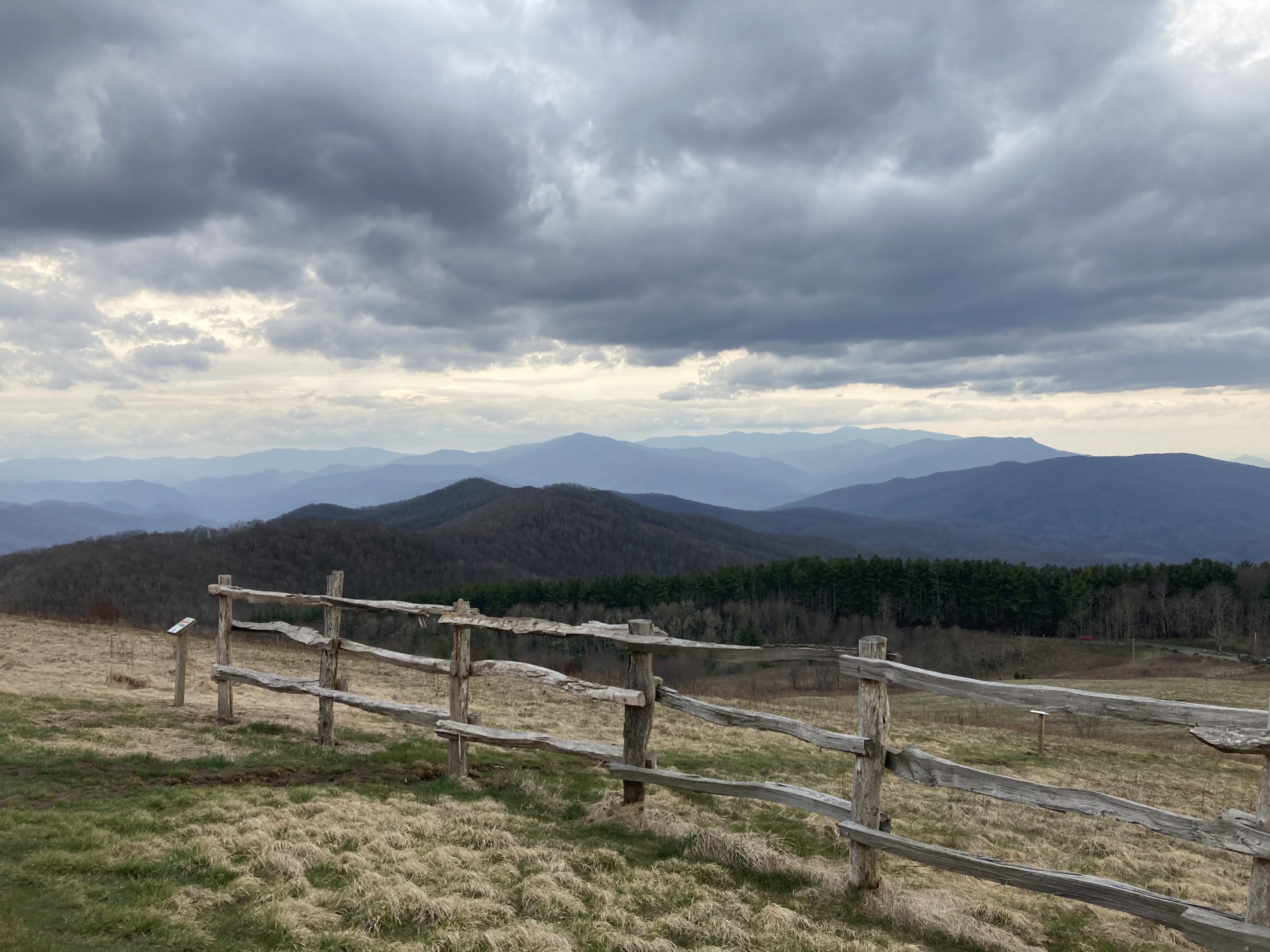 I finally woke up early enough that it was still dark outside. When I peaked out of my tent the first time I noted how creepy the woods can look in the dark. However, my second successful solo camping experience had me feeling great! The day started with the rest of the climb up Bluff mountain, which wasn’t too bad. The descent was through beautiful greenery and I noticed I have developed an appreciation for rocks (pictured below). I do particularly like larger ones, but they’re all pretty cool! The walk today also provided some beautiful streams that had small waterfalls. I also find that I like to stop for a few seconds to listen to and watch the water flow. I feel like I’ve grown a new appreciation for things I never thought to appreciate before.

Between the two descents for the day, a fellow hiker came up behind me and after allowing her to pass, she hiked with me for a bit. We had a nice conversation about the necessity of people starting to work out and create language around subjects that aren’t spoken on, but need to be. Words, and thus having proper language to express ideals, is very powerful. So it also carries a lot of responsibility that can be abused. I particularly enjoyed this conversation though because it aligns well with what I’m trying to do with my life’s work through hiking these trails. Being able to truthfully define and subsequently be critical about things like race, climate change, or colonization are incredibly important to begin in order for our world to change things for the betterment of humans/society and especially nature/the world. Knowledge is powerful and that is gained through the proper words.

At the shelter we parted ways and it also began to sprinkle. This rain continued for the rest of my descent into Hot Springs, but stopped by the time I was headed into town! The hiker from the day previous went into town with me where we got our resupplies. I made it into town as quickly as I could that day  for just one thing though: TACOS!!!! And booooooooy, they did NOT disappoint. When I got back to the hostel, I ended my day with a wonderful conversation with my lover. All in all, it was a beautiful day. 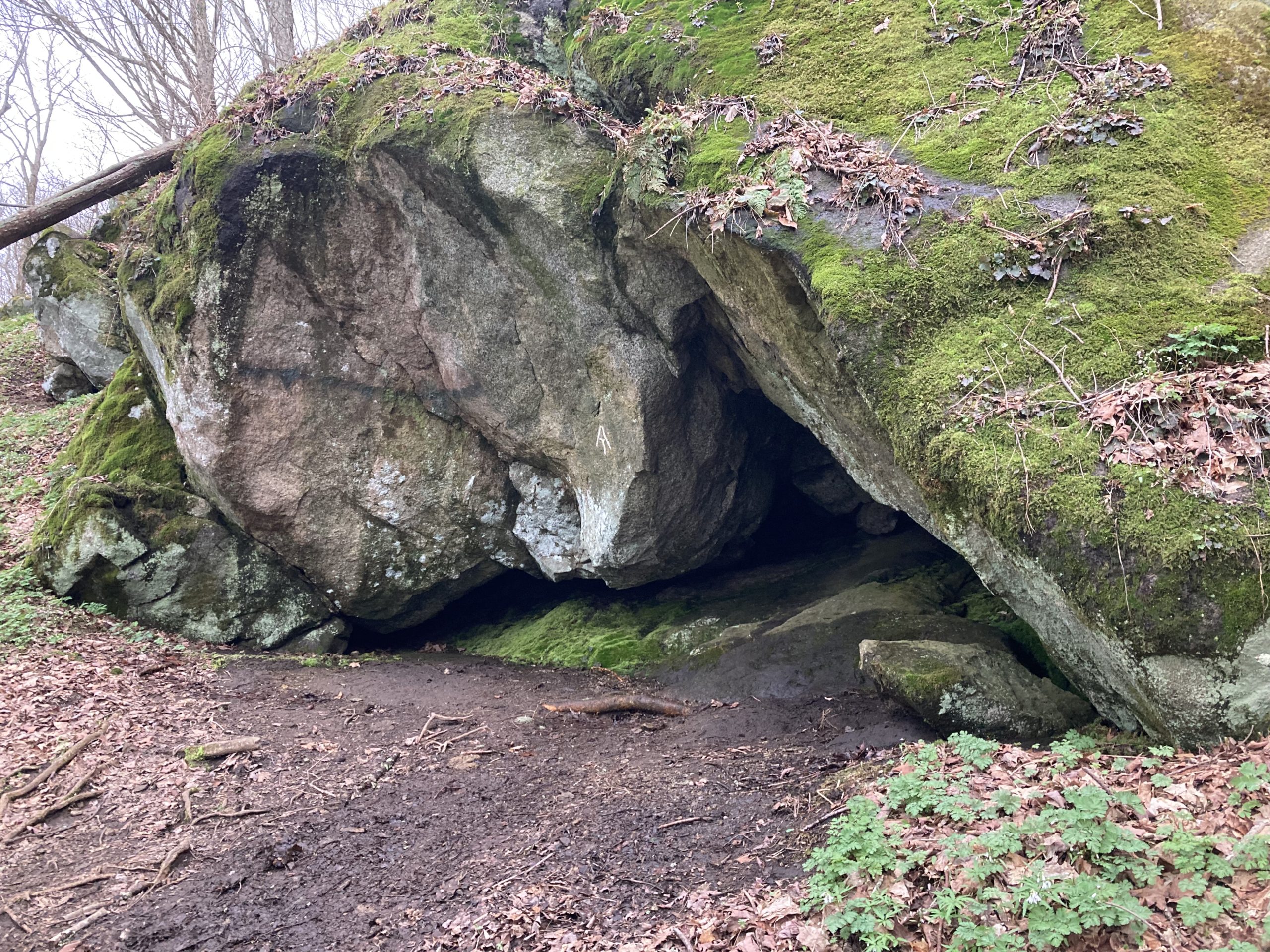 As promised, a picture of not just a boulder, but a rock! The pioneers used to ride these babies for miles. 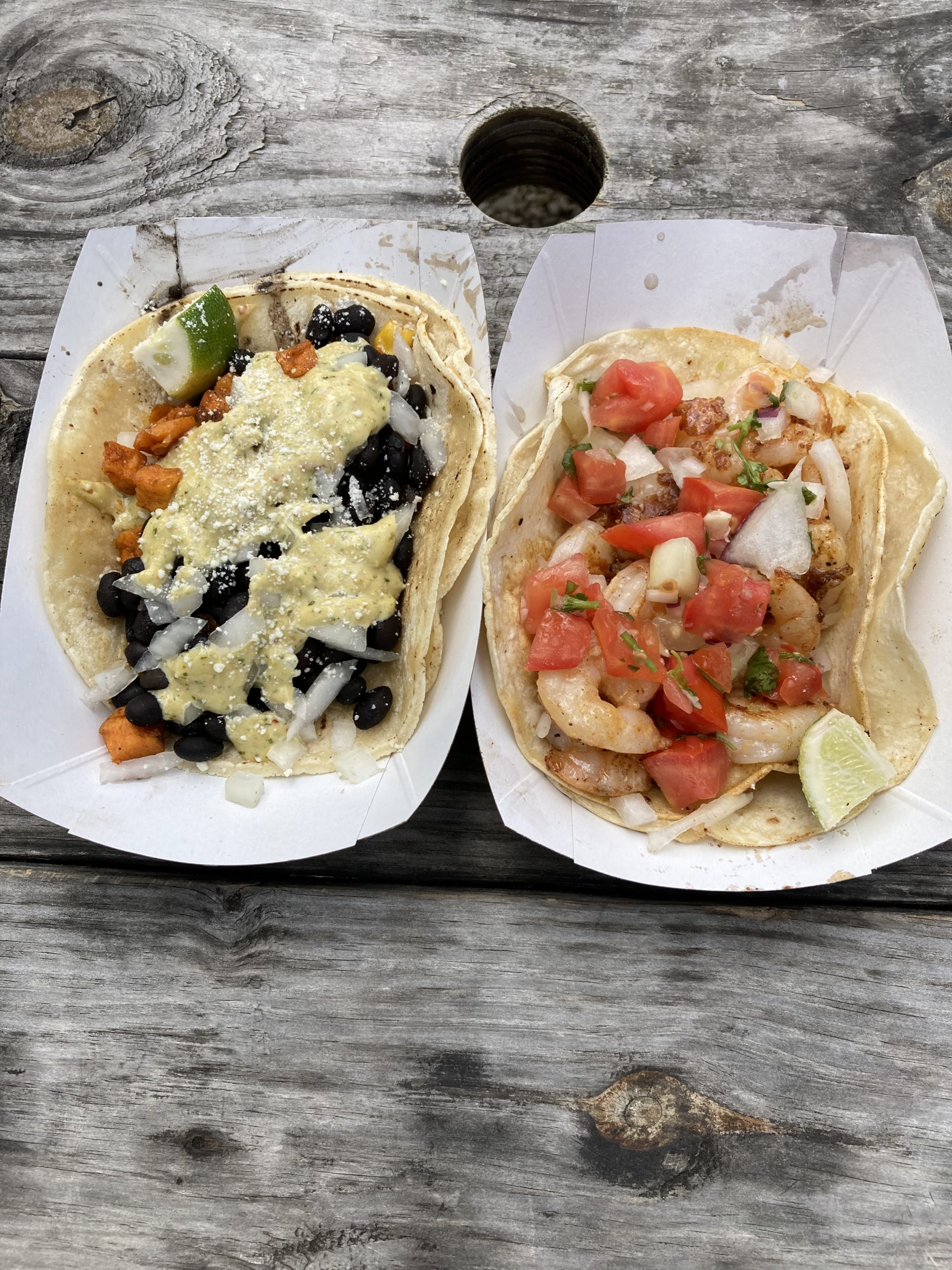