Larry Anderson shared the hometown of Benton MacKaye for twenty-five years without ever having met the man. 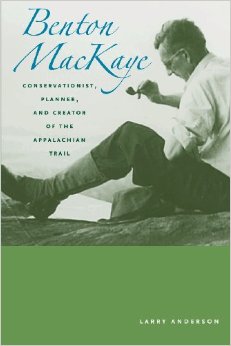 The two continued to follow parallel paths by attending Harvard University and delving into writing, activism and hiking in New England. He wrote Benton MacKaye: Conservationist, Planner and Creator of the Appalachian Trail in 2002 not as an academic, but as a man enmeshed with the general ideas of community and nature.

In the Trail community, MacKaye’s name is recognized for envisioning the trail, but Anderson’s book gives us a fuller picture of this American character. MacKaye was once a young man who struggled academically and financially at Harvard, but also knew love and loss in his mid-years after the tragic suicide of his suffragette wife, and as an elder he would become an avuncular figure for many in small town Massachusetts. Between these major highs and lows of his life, there are even more titles and accomplishments he wore, some with pride and some with frustration.

This is the story of a man whose trail was never clear-cut, but was blazed with a fascinating combination of intellect and intuition.

“As I sit here, taking in the glory of nature, the wind blowing through the trees, the cows bellowing now and then—I only wish that man was as peaceful as Nature. When I hear the train whistle blow, I think that doesn’t sound so very bad if only man who built it, did not spoil nature and corrupt himself by building his railroad and other internal signs of civilization.” –Benton MacKaye

Anderson first introduces us to fourteen-year-old MacKaye through a journal entry written from the countryside of his then summer home in Shirley Center, Massachusetts. The young explorer had taken to recording his thoughts and the mapping the landscape he came to favor over the skyscrapers that surrounded him in New York City, where his actor-playwright father has based the family for most of the year. This initial quote embodies the core aspects of his personal philosophy that would drive his life and projects until his death in 1975. This antipathy for civilization and desire for internal peace through nature be made available for all people, would turn into a plans for alternative communities and protecting wilderness areas.

From deeming himself an explorer as a child, to being the first student to pursue a graduate forestry degree at Harvard, and forming the theories on geotechnics and regional planning, to defining what wilderness is, MacKaye seems to have long possessed an affinity for new language define himself, his career, and the environment.

Longtime friend, urban planner, and writer, Clarence Stein, is quoted as staying, “I fear he is not what is called ‘a good soldier.’” Reading through this biography, it’s clear that MacKaye was almost painfully a square peg in a round hole. Working in various government positions and departments, he inspired dreams of wilderness protection and alternative communities in young co-workers but often inspired annoyance with his superiors who just wanted him to toe the line. To his contemporaries, he was largely seen as intellectual and charming. In fact, throughout his life he had a close circle of friends who saw to it that he had employment opportunities and was looked after.

“Benton … has been living by the skin of his teeth, as usual … and yet without his following and the numerous scents he opened during the last four years, we’d be far from where we are now in our conception of regional planning,” historian and friend, Lewis Mumford noted.

It’s the year that MacKaye married prominent suffragette Jessie “Betty” Hardy Stubbs. Their shared passions for social and environmental justice frequently took them away from each other but when they were together they shared a close knit community of intellectual, artistic and politically active friends.

“Betty is a far more wonderful character herself than I had realized- this comes home to me more and more as I see her… she gives me a sense of security that I didn’t know existed.” He wrote to his brother.

Unfortunately, their life together ended in tragedy. Betty suffered a mental breakdown in 1918 and committed suicide in 1921. Urged by his older brother to see that “the philosophy of utility fits every occasion,” MacKaye used his wife’s death as a springboard for his most important contribution to American culture: The Appalachian Trail.

Just a few months after Jessie’s death, MacKaye would go on to handwrite a sixty-page memorandum detailing his philosophy on regional planning, the nation’s social and economic ills, and three specific projects to be explored to for developing of specific recreation areas. One of them being the Appalachian Mountain region, unequivocally his greatest contribution to the fields of conservation and recreation. Anderson writes that: “his vision of the Appalachian Trail spoke to human needs and aspirations that more mainstream institutions- political, commercial, educational, social- had failed to see or to address.” 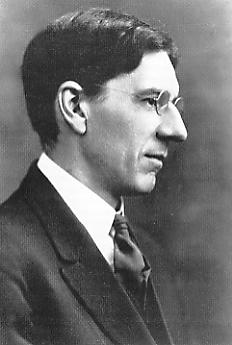 One of the most compelling aspects of this biography is the tone it takes and its attention to historical context. MacKaye’s long life spans the Great Depression, the continued industrialization of America, governmental shifts created by the New Deal, as well as the founding of the National Forest Service and the National Parks Service. As if capturing a life that spans 96 years wasn’t task enough, Anderson skillfully weaves the political, social, and environmental contexts that surround MacKaye’s life together into a linear and cohesive story. Anderson’s book is clearly well researched with its wealth of illustrative quotes from friends, family, and MacKaye’s own journals. The author’s own narration fluidly successfully takes readers in between each character and background. Because of the density of information, the subtle summaries at the end of each chapter are helpful to keep the reader’s focus.

Anderson does, however, lose our interest at times with the introduction of so many government agencies and smaller, secondary characters. Especially when recounting MacKaye’s failed attempts to become published or employed. It is difficult to read these seemingly banal struggles, especially after the Appalachian Trail and Wilderness Society chapters that are so well known, especially to AT hikers. The romance and heartbreak with Betty, the colorful small town characters and lifelong friends who follow MacKaye throughout his life, are what kept my interest after these landmark events.

“MacKaye experienced the ambiguous fate of outliving many colleagues whose renown would outshine his own … In fact, he had long been reconciled to his own role as primarily an inventor of ideas, not their implementer or administrator.” Anderson tells us.

Though many of MacKaye’s successes may not be able to be measured with a traditional yardstick, Anderson’s intention for readers to leave the book with an appreciation for him and his mark on the American landscape, is just that.