[Book Review] Experience and Spirituality Shine in New AT Memoir

Returning to Katahdin: A Thru-hike of the Appalachian Trail

Steve “Mighty Blue” Adams, two-time Appalachian Trail thru-hiker (at ages 61 and 66) and host of the million-download podcast, Mighty Blue on the Appalachian Trail, observes that enthusiastic thru-hikers returning to the “real world” often have a window of about two to three weeks before friends and family start to glaze over at the mere mention of hiking the trail, an experience they simply can’t understand.

Yet many, perhaps most, hikers themselves continue to revel in their experiences, swapping stories for years with trail friends, almost as if trying to permanently imprint details in memory, for easy, perpetual recall. 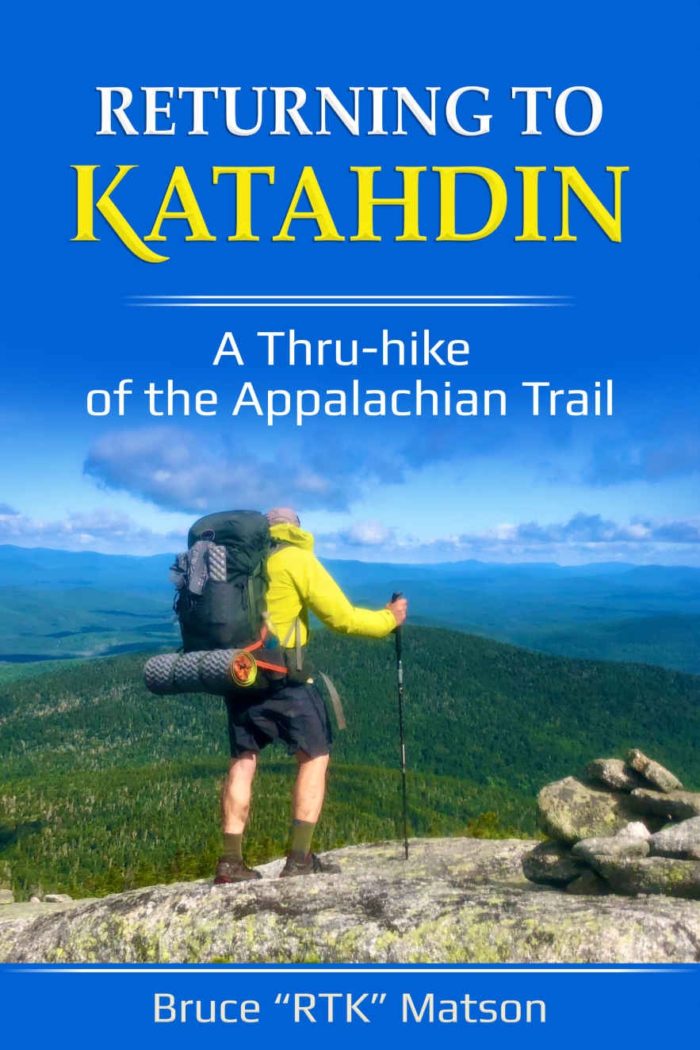 And then there are the supposedly outmoded few who feel compelled to write about their experiences as memoir, for posterity and, one hopes, the enjoyment of thru-hikers, aspiring thru-hikers, and armchair adventurers.

But for some like me, there is simply no better way to relish or re-experience the thrill of a long hike via the ancient technology of words on paper or the (only slightly less hip) media of pixels on screen.

Not All Memoirs Are Equal

Now comes Bruce “RTK” Matson’s third book related to his AT thru-hike, but his first memoir, following his unique guidebook to Platinum Blazing the Appalachian Trail: How to Thru-hike in 3-star Luxury and practical guidebook of “Observations and Recommendations.” You may have heard some of his story before: Adams created a weekly podcast, Returning to Katahdin, following Matson’s hike, including the now-legendary, snowy Southern spring of 2018. 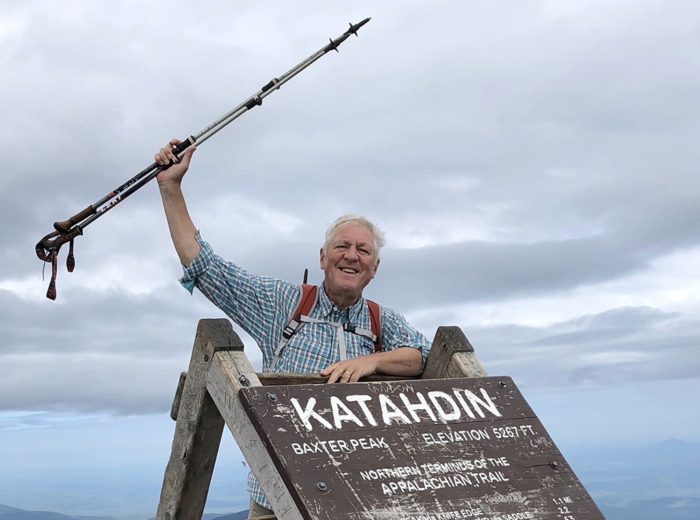 I’m pleased to report that there is plenty in Matson’s memoir to set it apart from the growing ranks of mundane, popcorn hiking books.

First, while retirees probably make up the second-largest age demographic among thru-hikers, after post-graduation teens and 20-somethings, there aren’t many memoirs written from the point of view of an older hiker. Having first dreamed of hiking the AT as a boy nearly half a century ago, Matson first raised a family and had a 35-year law career in his adopted home of Richmond, Virginia, before actually setting out at age 60 in late February.

Matson’s rich life experiences clearly contribute to his admirable introspection and skill at rendering his thoughts and feelings, doubts and triumphs, on the page. He is refreshingly candid about his own perceived liabilities—ego, machismo—and unafraid to admit his weakness, whether in body, mind, or spirit.

In fact, it is in the realm of spirituality that Matson’s honesty and self-appraisal become most apparent. Thru-hikers bring with them myriad traditions and beliefs, from atheism to devout Christianity and inchoate Buddhism, and many find insights along the way. Thankfully, in my experience, like all other differences among the “tribe,” spiritual matters seldom disrupt hiker camaraderie and support.

Matson, a devout Christian, relied on his confidence and competitiveness to keep him marching northward for many weeks before a phone call with a friend in Pearisburg, Virginia.

“Carl called me … and helped me see that I had spent the first 500 miles without actively acknowledging God’s role in my hike,” he writes. “In a sense, it took me all that time attempting to complete my adventure ‘on my own’ to be reminded of my limitations. I committed to ‘up my game’ in terms of my active reliance on God, which I thought would best be accomplished by a better prayer life on the trail.”

But, he admits, it didn’t take long for him to drop the vow. It wasn’t until New Hampshire, where he asked to join a fellow Christian hiker named gbolt, whom he’d first met in New Jersey, and his friend Recon, that Matson began to turn his hike over to the care of God.

It’s an important part of the story, but even readers who are not believers need not worry:  Matson’s personal spiritual insights are humble, succinct, and distinctly lacking in preachiness. He does an excellent job of weaving his experience seamlessly into a memoir that’s also (of course) full of grit, pain, and disappointment.

I often wondered, while listening to the Returning to Katahdin podcast, if Matson might not be missing part of the trail experience because he had the resources to “platinum blaze,” staying at hotels and eating at higher-end restaurants while more budget-shackled hikers hunkered down beneath a drooping tarp or battled mice in a shelter. But reading his full story, with all its exuberance, vivid detail, and intriguing characters, those doubts are now fully exorcised. 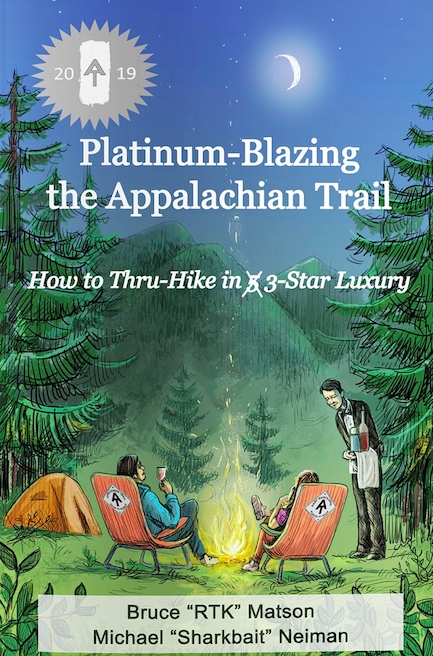 Returning to Katahdin has plenty to offer hikers and dreamers alike, young or old, devout or disbelieving, and easily makes the grade as a level-two thru-hiking memoir. And as long as we’re here, I find his book of recommendations very useful (full disclosure: I wrote the foreword, but received and receive no payment). And while I don’t see myself “platinum blazing” any time soon—to my wife’s dismay, I relish becoming feral, grungy and hairy in the woods—it’s definitely a valuable, fresh take on hiking the AT, which isn’t easy to pull off these days.