I walked across Davenport Gap and out of the Smokies so I could both get away from the hiker-packed shelter and camp alone for a change.

I found an old roadbed and laid out my gear, opting to cowboy camp for the first time on trail, comforted with mild temperatures and bathed in moonlight. I was close enough to the white noise of the I-40, sounds of engine-braking diesels chugging through the night.

The next morning I walked into Standing Bear Hostel, greeted by a loose collection of buildings, old boots turned flower planters, and the smell of incense in the morning. 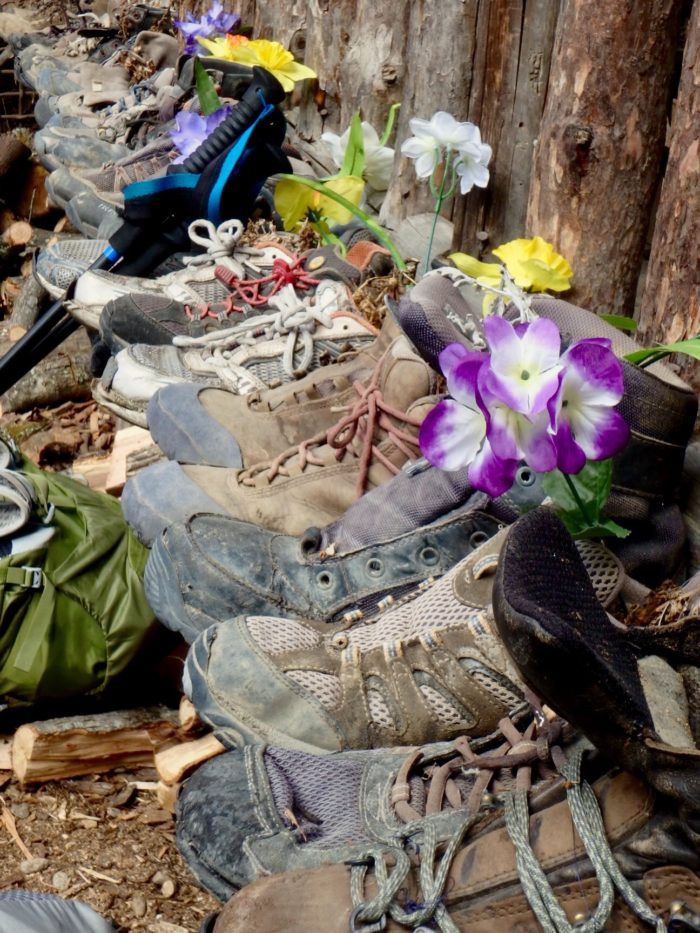 I was planning on spending most of my day here, but after collecting my box, charging my devices, and seeing the glassed-over and sleepy look on hikers’ faces, I knew this was somewhere that can get its grip on those vulnerable to the vortex.

I hiked up Peaked Knob to the FAA VOR station, and to my delight found Apple with chocolate Easter candy and Coca-Colas. I hung out with Apple for an hour, talking about the Arizona desert and aviation. Apple gave me some directions to a piped spring off trail and recommended some potential campsites. To my surprise, everything was exactly as he’d described. 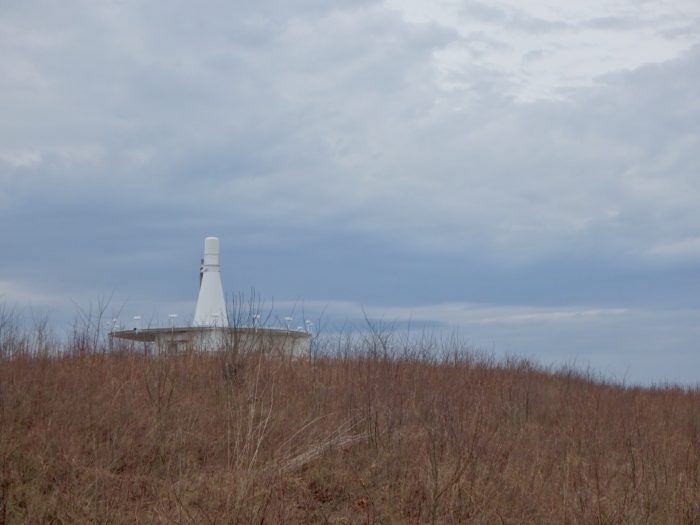 It was early in the day and with good weather, and I ate dinner at the suggested camp, but decided to press on to Max Patch

Max Patch and the Endless Wind

Coming up to Max Patch was thrilling and awe-inspiring. Walking out of the tress onto the bald, having the panoramic view of the mountain ranges open up, is the type of moment that energizes me. It’s hard to put into words, but looking up over a ridge, breathing heavy, watching the world appear and disappear at the same moment, is what keeps me going. For me there is nothing equivalent.

The clouds were breaking up and the setting sun was one of the most beautiful sights thus far on the AT. I set up camp, basically at the peak, despite my better judgment. 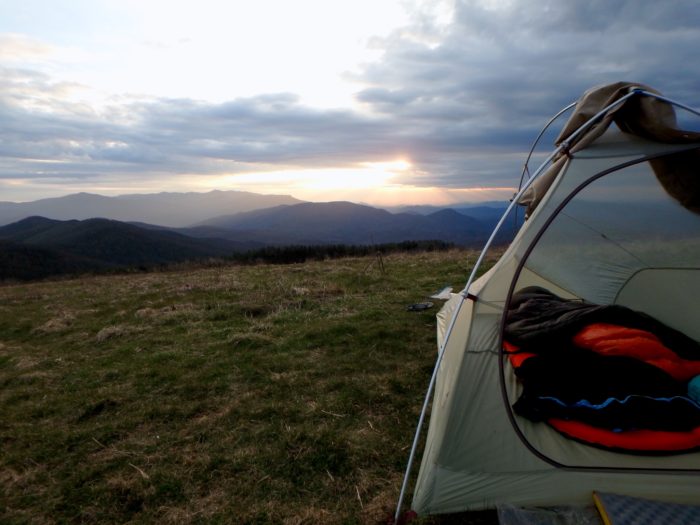 For me, there are things I know on principle, like not to camp on the peak because it gets windy. I found plenty of suitable spots lower in the trees but opted for the top for that picturesque view and the thoughts of quietly waking with the sunrise refreshed. I had my Easter surprise, so I guess I was required of necessity to act an April fool.

At first I left the the rain fly off, as the temps were mild and the air calm. As dusk turned to night the wind picked up and I hopped out to put on the fly. Then the wind was howling, and I scrambled to guy out my tent to keep the thing from collapsing around me in the wind. I put in my headphones, trying to drown out the wind with music, but I slept like garbage.

At 5 a.m., the wind shifted again and it was howling and collapsing all over again. I packed up quickly. Based on some windy days on a flight line in Washington state, I’d estimate the wind at 45 miles an hour. I turned on my headlamp and walked into the dark.

I spent a day in Hot Springs, N.C., at Laughing Heart Hostel, camping on their lawn, gossiping with hiker trash, and raiding the hiker box for dinner.

Hot Springs is nice and compact, and the trail runs right through the center of town. The diner is delicious and the couple of markets made resupply a breeze.

I was feeling the town pull as I dragged my feet along the banks of the French Broad River, stopping by every few hundred feet on the climb to admire the view and contemplate the milkshakes at the Hillbilly Market. But I had a friend driving down to Erwin, Tenn., from Chicago and I had to meet him in five days. It was an ambitious deadline.

Now after three weeks on the AT I feel stronger and more comfortable hiking from sun up to sundown. The five planned days took three and a half, even with a diversion to Hemlock Hollow Hostel for conversation, a cup of coffee, and a can of fuel. 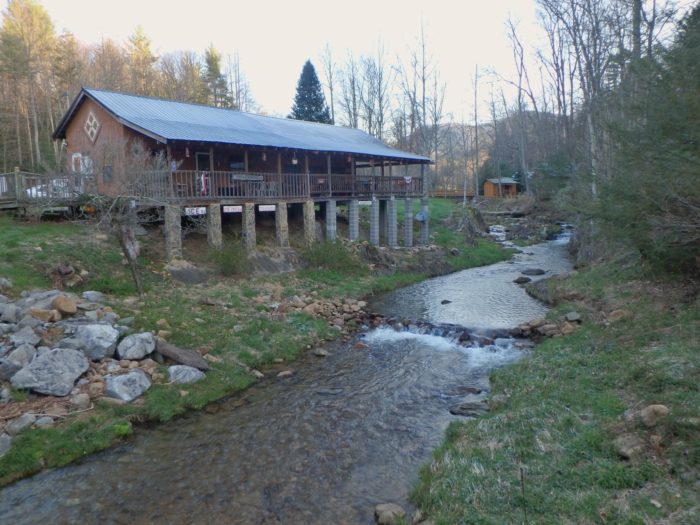 Hemlock Hostel on the creek.

I pushed hard through this section into Erwin to test my strength and stamina and to avoid yet another night of freezing temps and potential snow.

I’m not one to run away from a storm, hunkering down until it blows over, but the freezing weather is just old at this point. From 20-degree nights in Georgia and winter storms in North Carolina, the weather is not something I wanted to deal with in the first week of April.

Erwin, Tenn., and a Couple of Zeros

It’s been ten years since I graduated college, and I think often of my life as it was, a college student running around Chicago, Ill., playing with freedom and learning about responsibility for the first time.

This year I thought about riding my bicycle from Phoenix, where I was living, to Los Angeles, and along the Bicycle Route 66 to Grant Park in downtown Chicago. This was intended to be a homecoming of sorts. The AT ended up having a tighter grip on my imagination, but I was still in frequent conversation with one of my college buddies.

So my friend Adrian went from planning to start with me at Springer Mountain to the fateful realization that suspending life for any period of time is much more complicated than it at first seems. He was in the middle of taking on more responsibilities at work and considered selling his property as I was skirting the borders. He was looking to take some time from the City of Broad shoulders, and drove down to meet me at Uncle Johnny’s hostel in Erwin, Tenn. 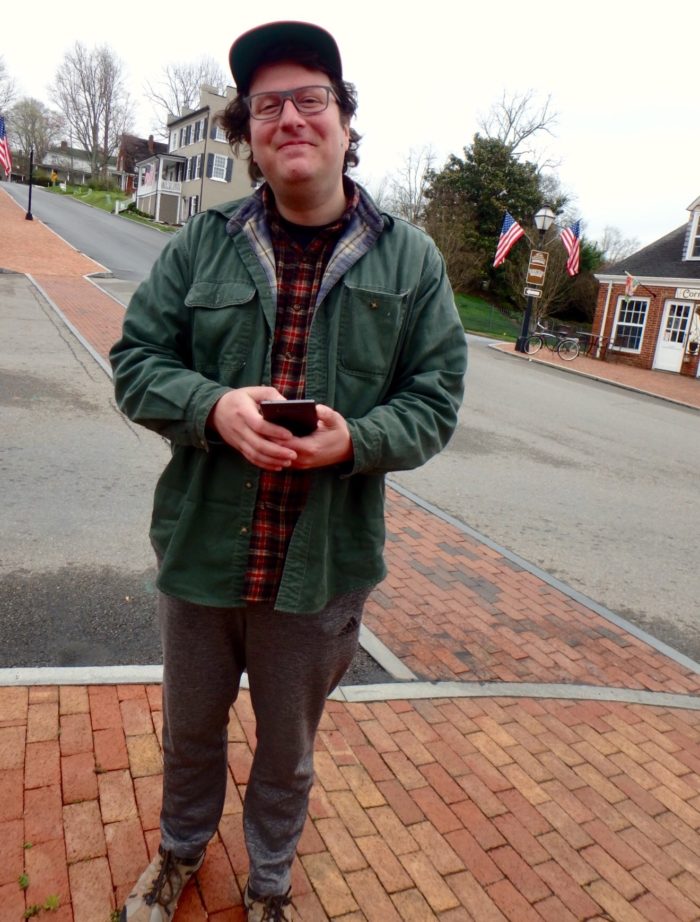 We ate Pals hamburgers, stayed in a cabin at Johnny’s watching Chris Farley movies on VHS, checked out historic Jonesborough, and stayed with Nate, a friend whom he meet years ago while working at a tourist enclave in Skagway, Alaska. It was a reunion and moment of revitalization in multiple ways.

The trail out of Erwin was a couple of wonderful days culminating in the traverse of the Roan Balds. The walk along the Nolichucky River out of town, the passage over Beauty Spot, the climb into the dense spruce forests of the Unaka Mountains, there is just a little bit of everything in this stretch.

The hike from Roan High Knob across Carvers Gap, the ascent of Round and then Jane Bald, the continual climb up toward the sky on the mountains covered in long grass on a sunny breeze-kissed day, was a complete dream. 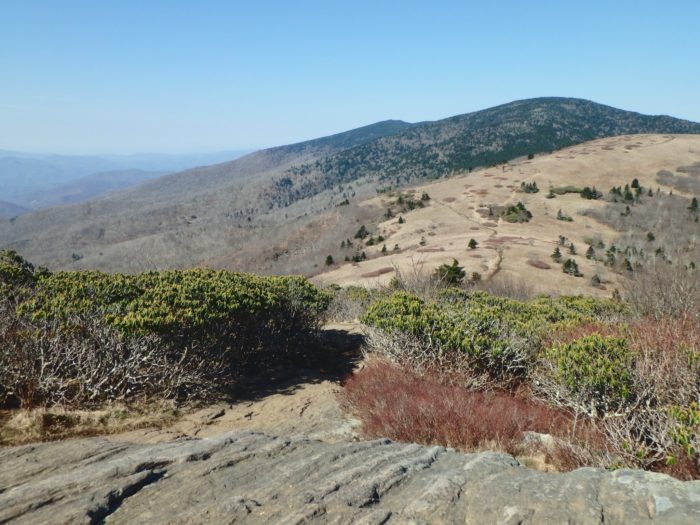 I ate lunch and lingered at Overmountain Shelter, an old barn repurposed for hikers. The view from the open end into the valley was remarkable and I watched departing hikers ascend Little Hump and disappear over the ridge. Then it was up the humps for me, and across the meadow south of Doll Flats and so long North Carolina. 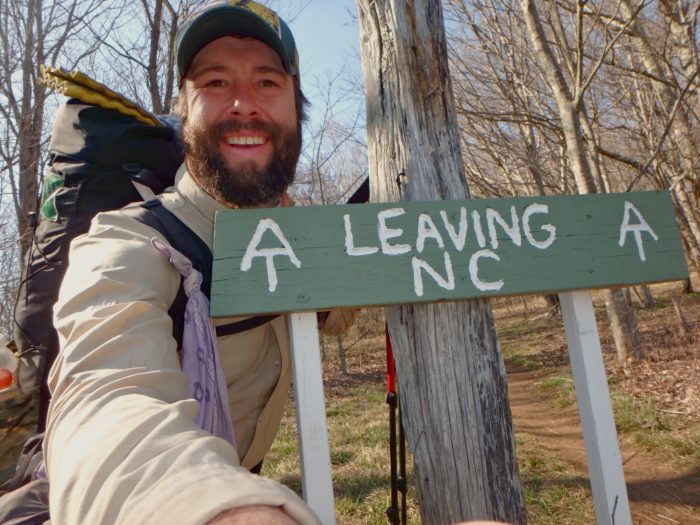