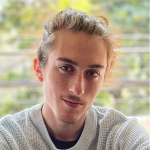 Breaking Up Is Hard to Do. And So Is a Thru-Hike

I’ve been postponing writing this for months, and now that I’m just over a week away from starting my Appalachian Trail thru-hike, I think it’s finally time to start spilling my soul. And man, do I have a lot to spill.

Let’s dive into some context, shall we? The name’s Tyler. I’m a college student from Indiana who has never gone on an overnight backpacking trip and can count the number of times I’ve spent the night in a tent on one hand. If you’d have asked me about the Appalachian Trail this time last year, I’d have responded with a blank stare. I had never heard of it, let alone understood what the hell a thru-hike was. Yet here I am, one week away from setting out from Amicalola Falls on the adventure of a lifetime. Cue existential crisis. 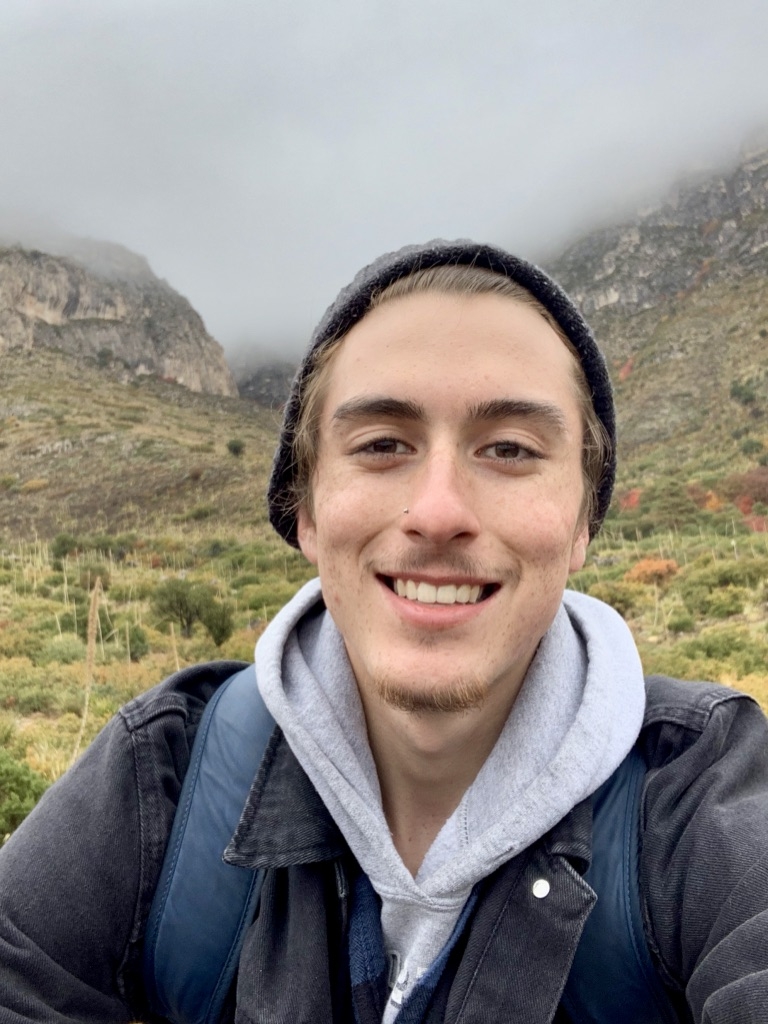 A tranquil Tyler in the wild (aka Guadalupe Mountains National Park, Texas).

This time last year I was in the midst of a much-needed yet incredibly anticlimactic gap year from school. I was working a part-time retail job and spending my free time pitying myself for having absolutely no idea what I wanted to do with my life. Seems like pretty standard behavior for a 20-year-old, in retrospect.

The notion of spending four to six months walking from Georgia to Maine carrying a 30-pound backpack filled with the bare necessities of survival seemed like madness to me. It felt like an adventure reserved for the likes of Frodo Baggins or Tyrion Lannister, not something real people in the real world could actually set out to accomplish. But all the proof I needed had already been uploaded to YouTube for me to behold, and I was sold.

Within a week, I felt with equal parts terror and excitement this gut feeling that I needed to give this thru-hiking thing a shot. It was the answer to my discontent. It was the adventure I had longed for. And, quite importantly, it was my way out of the monotony of everyday Midwestern life. And just like that, all the pieces fell into place.

Committing to the Crazy

I gave myself six months to truly think this decision through. The way I saw it, although I had absolutely no backpacking experience, little to no camping experience, and not a single piece of hiking gear, for the first time in a long time, I had a whole lot of crazed determination. In August I bought my first item of gear, a semi-freestanding tent from REI. And from the moment I clicked “confirm order,” my fate was sealed. I was committing myself to thru-hiking the Appalachian Trail.

In the fall, I re-enrolled in school and picked up a second job to help finance my thru-hike. I researched my little heart out, went on day hikes as often as possible, solidified my reasons for hiking the AT in the first place, and started training my mind to prepare for the psychological battles that await me out on trail. I was in it to win it. And up until about a month ago, my confidence was unshakable. 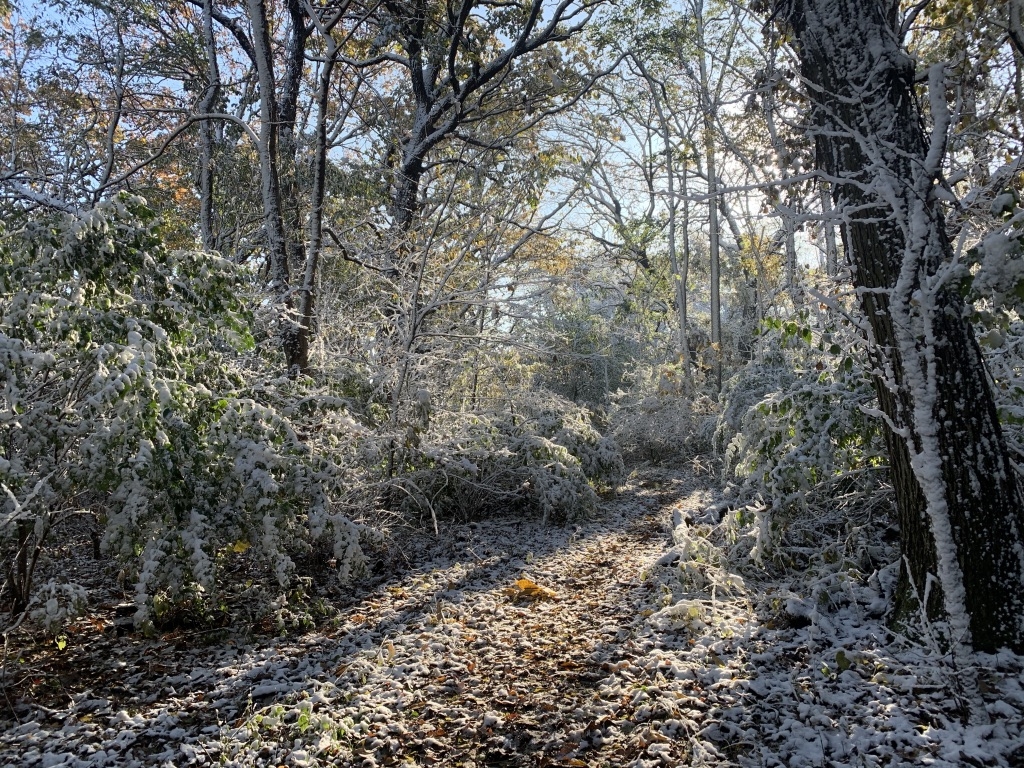 A local trail after the season’s first snow (Indiana).

I predicted that in the final weeks leading up to my thru-hike, my nerves would start to get the best of me. But what I didn’t see coming was the return of the first boy I’ve ever loved into my life. For privacy’s sake, let’s refer to him as Oberyn, his favorite character from Game of Thrones. (For the record, mine is Arya, feel free to agree with me in the comments.)

Oberyn and I met on our very first day of college, nearly four years ago. We quickly became close, ended up dating for a year, and then he broke things off. We were both emotionally incompetent and unavailable 19-year-olds, and we had a lot of growing up to do.

And so in the span of the following two and a half years, that’s exactly what we did: we grew tf up. This past December, we reunited as friends. In January, our feelings got the best of us and we started dating again. In February, we both ignored the emotional turmoil caused by my approaching thru-hike even though we were both going to therapy about it. And then last Friday we broke up. Again.

Now, why am I revealing all of this? What relevance does it hold in the greater tale of my impending adventure? Well, that’s exactly what I’m trying to figure out.

The past few days have been a nightmare for me, I’m gonna keep it real. Not only am I devastated that my second chance with Oberyn ended exactly like my first, but I’m also incredibly overwhelmed by just how dramatically my decision to thru-hike the AT has affected not only myself, but the people around me as well.

My head has been spinning with feelings of doubt, hesitation, and anxiety about what lies ahead. Mix in the utter sadness and disappointment that comes with a breakup, and you’ll start to understand my emotional state. I’m determined to be as honest as possible in these posts, not only for myself but for anybody else out there contemplating whether or not a thru-hike is the right decision for them.

As of this moment, a mere week away from my one-way flight to Atlanta, I’ve never been less sure of myself. But one of the main reasons I committed to this hike exactly a year ago is because I felt I had lost my ability to follow through. The motivation and perseverance that carried me through a successful high school career had seemingly evaporated once I turned 18, and it’s about damn time I took some of it back.

Life is hard, man. And this thru-hike is going to be the hardest thing I’ve ever faced. I could fail, but that’s the point. I’d rather try and fail than back down from the challenge and regret it.

So when I step foot atop Springer Mountain next Wednesday, it’ll be with a heavy heart. But I’m hoping with each step I can prove to myself that I have the strength to carry myself forward. Fingers crossed.

Happy trails, everybody. I hope to see you all out in the wild. 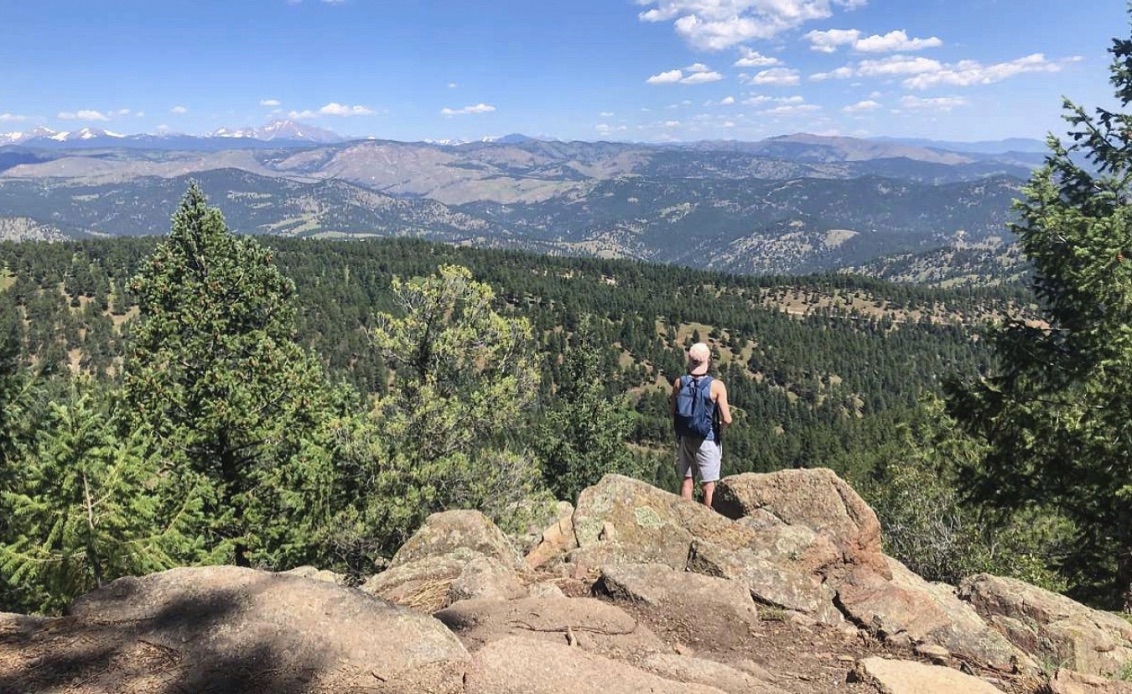 In the words of Stevie Nicks, I climbed a mountain and turned around (Boulder, Colorado).

P.S. From My Ears to Yours

In each post, I’ll be recommending some good tunes, podcasts, and audiobooks that help keep me going. Although I’m not on the trail yet, I’ve still got some recs up my sleeve:

I just discovered this song last night while shuffling through Spotify’s Indie Rock Road Trip playlist. It’s my favorite kind of breakup tune—the kind where the sad, melancholic lyrics mesh with catchy, upbeat rhythms. This is a hiking jam for sure.

I’m not super into podcasts, though in preparation for this hike I’ve been forcing myself to get on the bandwagon. This is one of the only shows I’ve listened to, and I’ve enjoyed every single episode. Dax merges humor and thought-provoking conversations with the most fascinating, eclectic group of guests. My favorite episodes are the interviews with Sam Harris, Bill Nye the Science Guy, and Elizabeth Gilbert.

Last fall I stumbled into a fascination with Eastern spirituality and meditation, and so it’s no surprise this ended up on my reading list. It follows a young Brahmin prince in ancient India as he leaves his luxurious home in pursuit of a spiritual transformation, and if that’s not enough to tempt you, Buddha (yes, the Buddha) makes a few appearances along the way. The audiobook is on YouTube, and it’s a pretty quick read, too. I highly recommend it for those hoping to do some soul-searching on the trail.

If you have any recommendations to throw my way, I’m all ears! I’m about to have a lot of free time.

Two-time college dropout (and counting!) from the Midwest hoping to work towards the answers to my existential crises while out on the Appalachian Trail. Out in the wild, you'll probably find me listening to Fleetwood Mac (thunder only happens when it's raining, am I right?), dissecting a philosophical text that's way over my head, or striking my best downward-facing-dog in the middle of a rainstorm. I'm currently a heartbroken 21-year-old, frightened to my core, but ready to conquer the toughest challenge of my life!