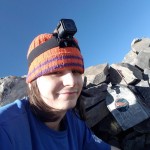 One of the greatest temptations on the AT from the so-called “real world” can be found in Pawling, NY. In the midst of a stretch of farmland, the trail crosses over some railroad tracks. There are dozens of railroad crossings on the AT, but unlike the others, this crossing has a full train station complete with signage. On weekends, the Metro North line can take hikers from here to Grand Central Terminal. If you’re weary of woods and dirt, an escape pod to Manhattan and its metropolitan luxuries is all too tempting. 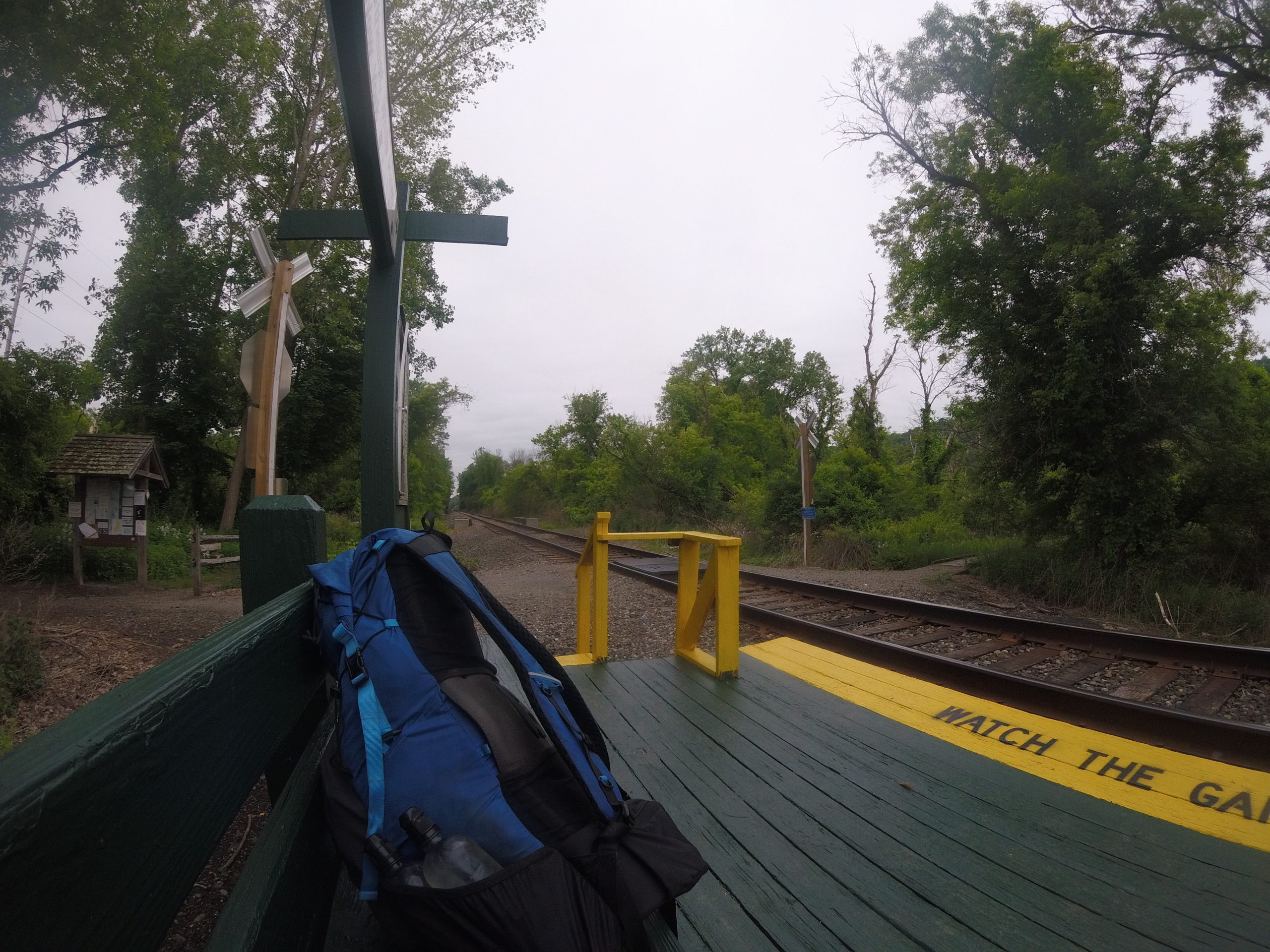 Is this the midnight train to Georgia?

But it was a weekday when I crossed, so I didn’t have that option. C’est la vie. Connecticut, what do you have in store for me?

If you haven’t been to small-town New England, it’s hard to explain how weird it feels. Every town you stop into looks and feels like part of a model train diorama, and leaving town feels like walking off the edge of table. Without a doubt, it’s a completely different world. Learning more about the individual towns (Salisbury, Kent, etc.) didn’t help. Apparently Meryl Streep lives in Salisbury? Seems like a lie to me.

I suppose once the Appalachian Trail crosses into Connecticut, it wastes no time throwing you into the void.

If I had ever been here before I would probably know just what to do
Don’t you?

The trail itself is short and predictable. Fifty strictly North-South miles, alternating between long strolls along the edge of the Housatonic River and steady climbs up and over pine-covered hills. By this point, I was doing much higher mile days with little pain, so I didn’t take much time to notice the small details. There was a cool waterfall towards the end, and some pretty views, but that’s about all I recall from the trail itself. 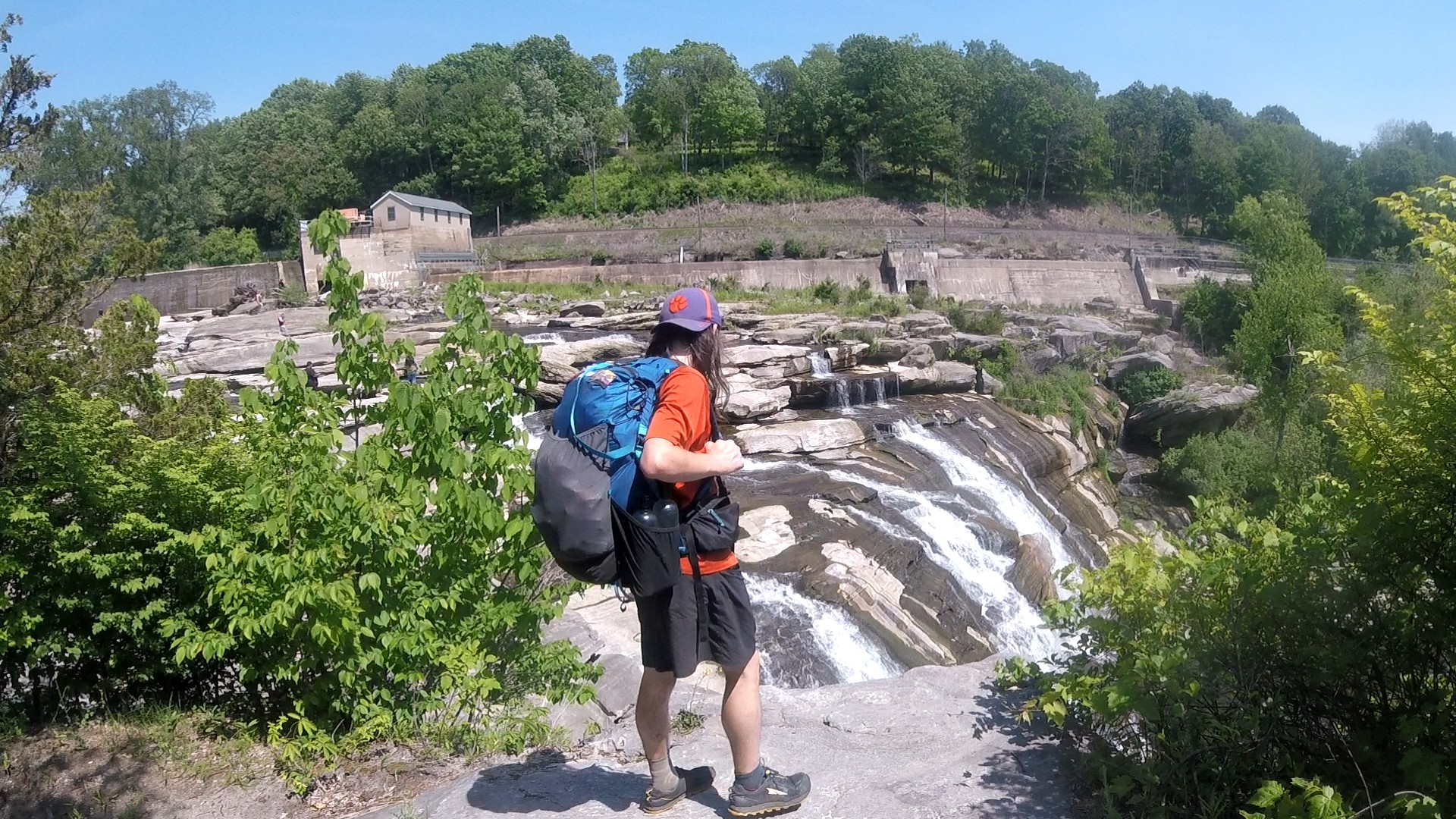 Slip-n-slides are really stepping up these days, huh

But once it’s time to leave the state, boy you gotta make sure your calves are shored up…

The transition from Connecticut into Massachusetts brought three of the steepest climbs I’d encountered in a while, all in a row and all in temperatures nearing 90 degrees. The trail didn’t want to fuck around anymore, and honestly, I was there for it. At least, I was until I started wiping out on roots and getting eaten up by mosquitoes and black flies. 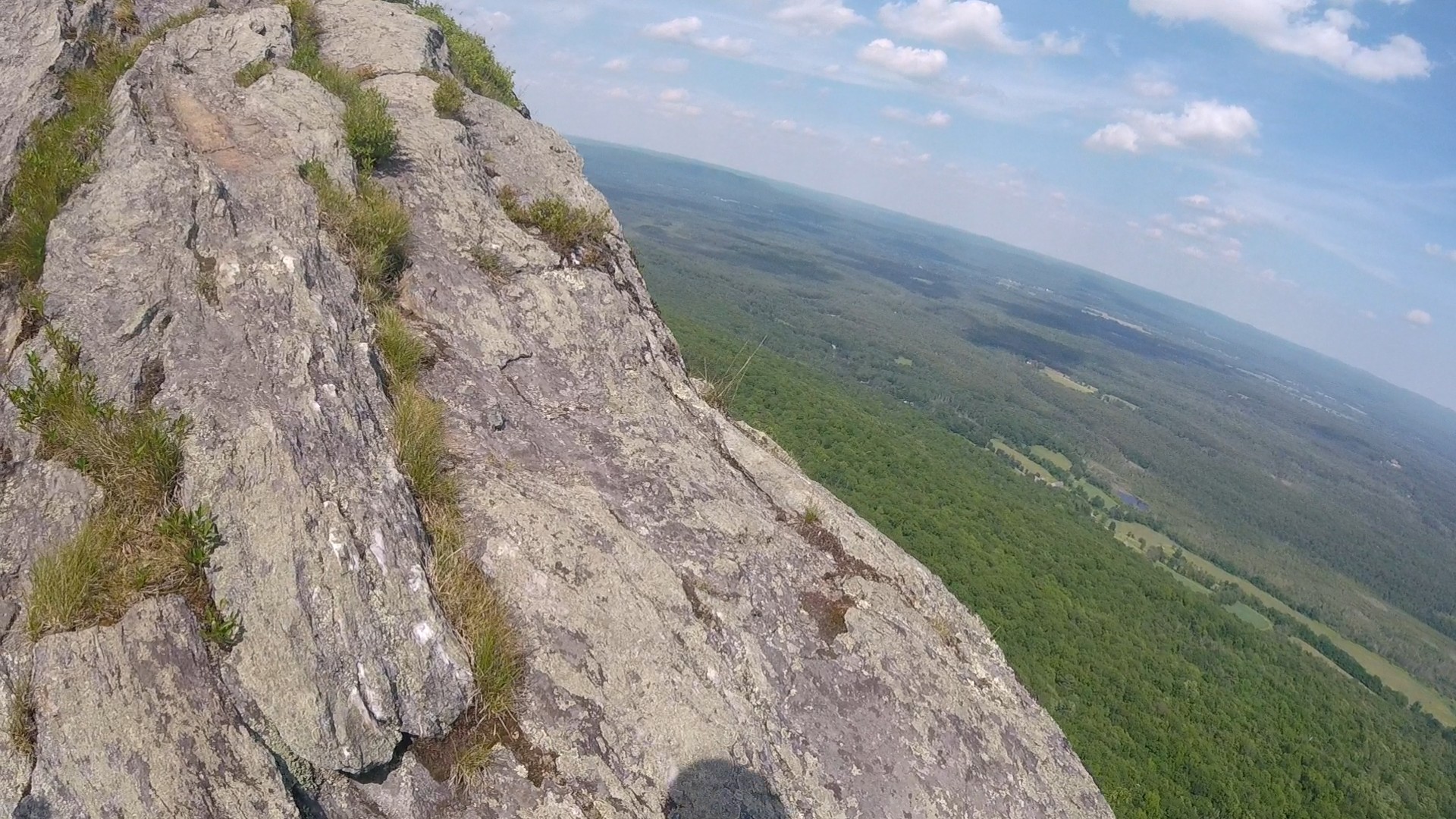 Are there more fake towns down in those fields?

To celebrate reaching New England, I booked two nights at a hotel in Great Barrington and spent time enjoying town life again. Great Barrington is a really nice tourist town with lots of cool shops and restaurants, and I felt at ease seeing pride flags flying throughout Main Street. And yet, with all these options I had downtown, the first thing I did was walk 2 miles down the road to get the BTS meal at McDonald’s. Completely worth it as a blue blaze, if you ask me.

(Don’t worry, I gave money to local businesses, too).

After two nights soaking in the hotel tub and watching the NBA playoffs, I was eager to get moving again, and my legs were up to the task. It took me less than four days to complete the final 75 miles in Massachusetts, and I appreciated every minute of it that wasn’t spent swatting at mosquitoes. (Seriously, New England insects are a special breed of hellspawn). Eventually I was at the summit of Mount Greylock-MA’s highest point-where I could see the full glory of northern Appalachia unfolding around me. 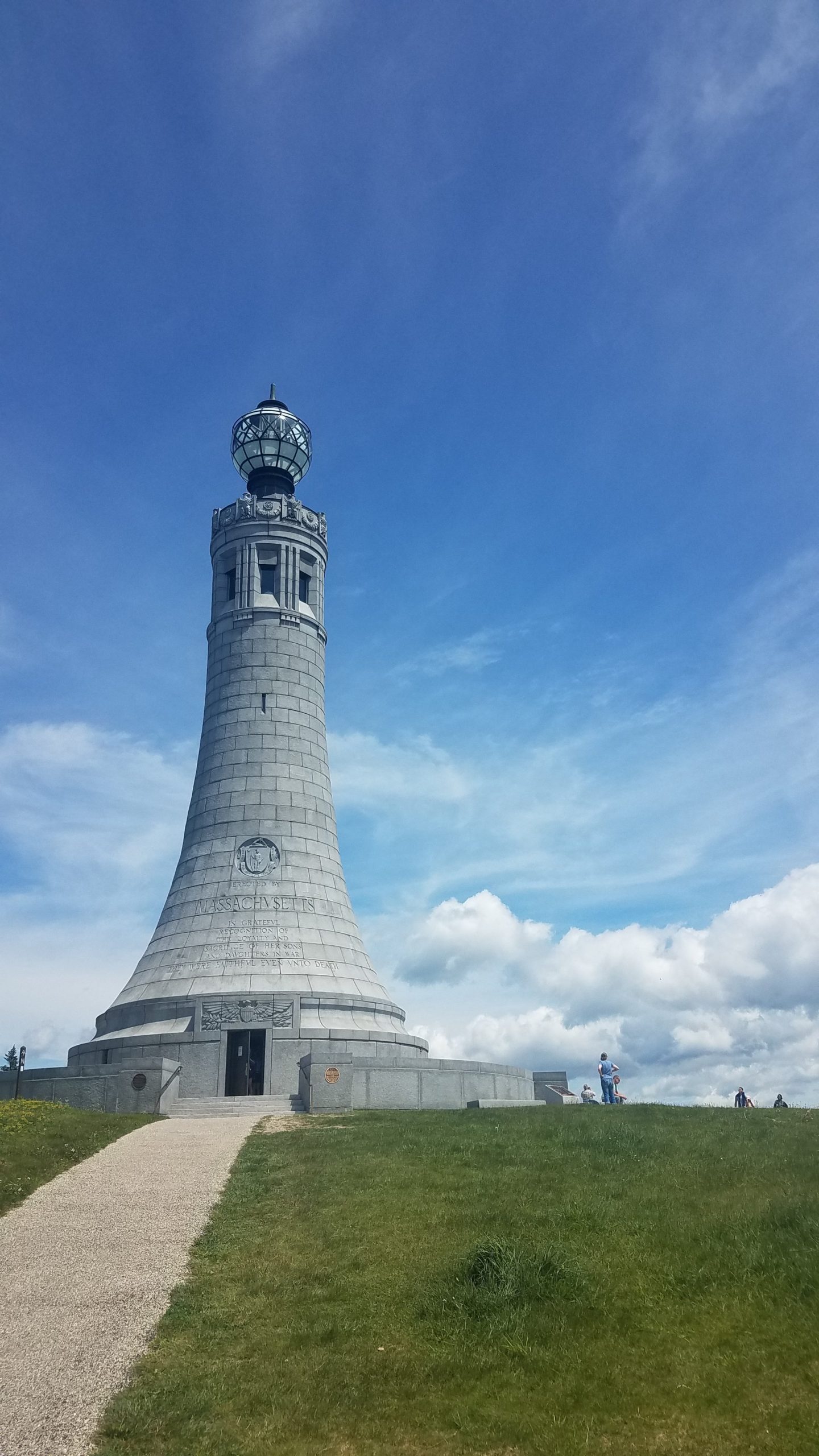 A tower on the summit of Mt. Greylock

The Taconics of New York and Connecticut were in my rearview mirror, the Berkshires at my feet, and my next challenge in the North: Vermont’s Green Mountains. 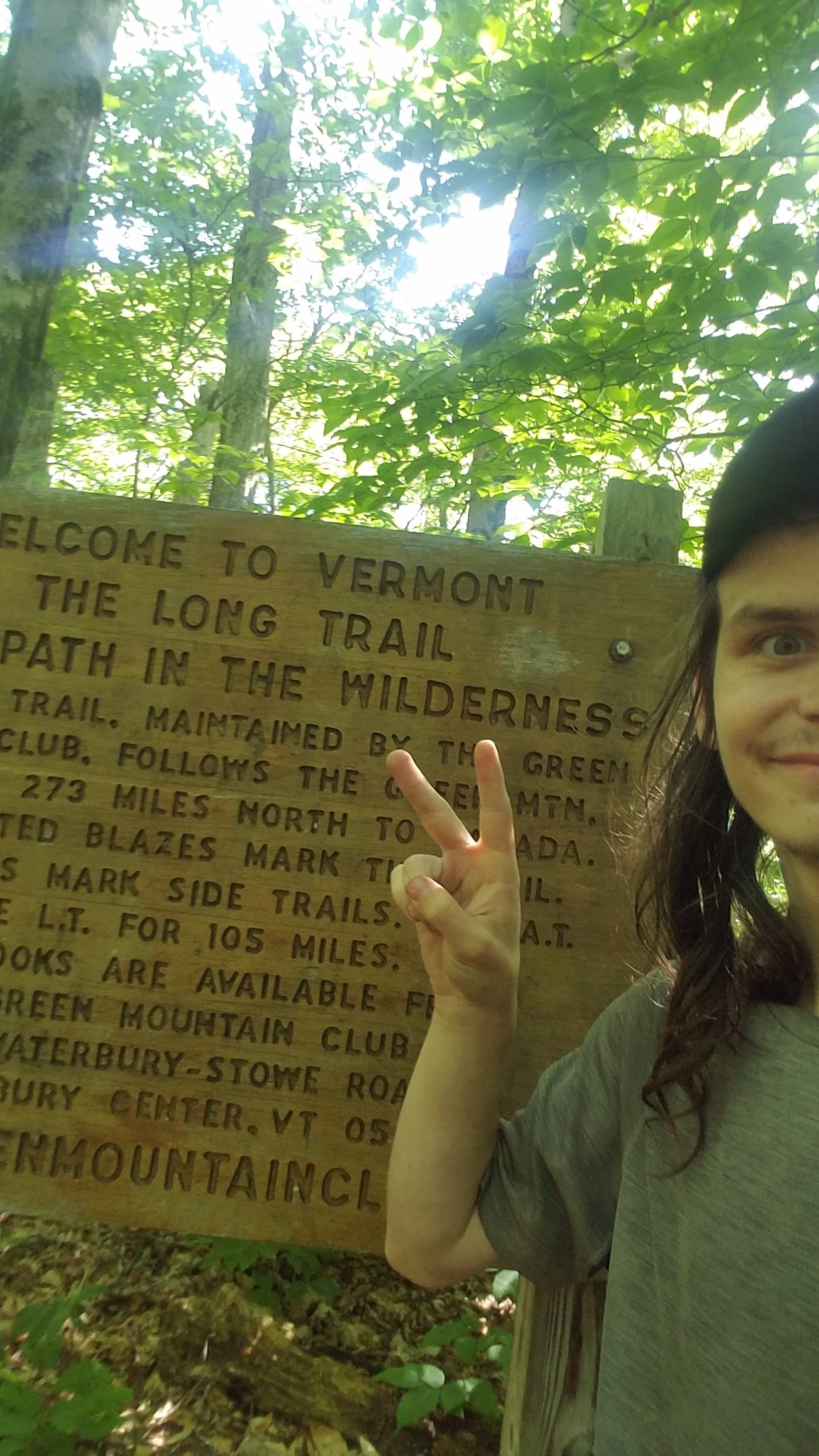 Uh, yeah, we all know this is a Long Trail, buddy

It’s not easy being green

I love Vermont and Northern New England in general, but it’s tough on the ankles. The majority of the AT’s path in the Green Mountain State is coterminous with the Long Trail, which runs 273 miles across the state all the way to Quebec. In the 100 miles the two trails share, I often felt like I was lost. There were very little waypoints to gauge where I was, and the trail was a highway of thick mud surrounded by the greenest trees and foliage I’d ever seen. I developed a bit of tunnel vision in the first couple of days but also felt like I was walking on a cold, wet treadmill. 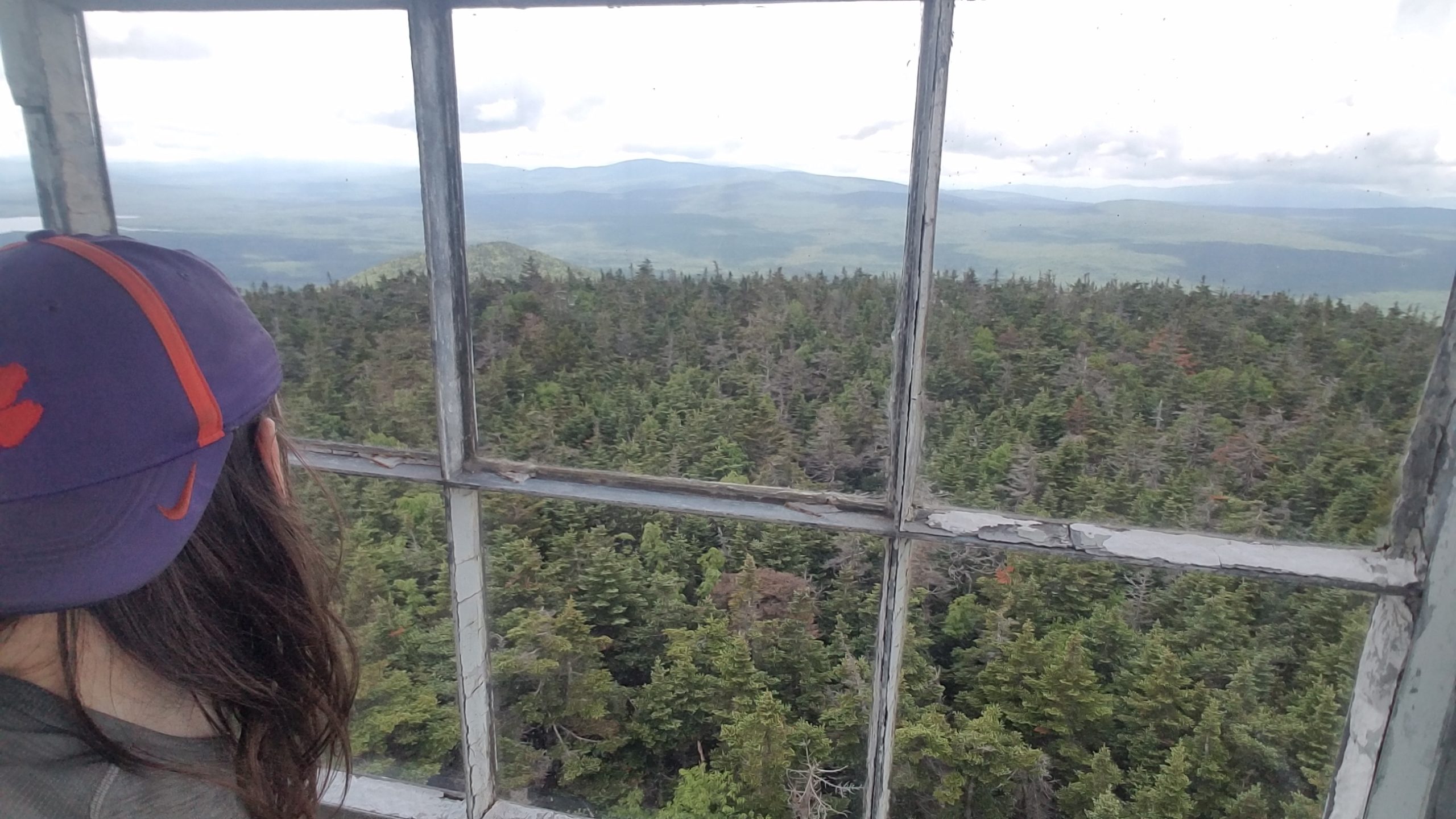 I can see my house from here! (Here, house means trees for hammocking)

Then some sort of superpower came to me in the third day. Maybe it was reuniting with some old friends, maybe it was receiving a chocolate bar from a summit caretaker, or maybe it was finally being able to look above the trees. I have no idea, but something turned me into a hiking hero. I walked 23 miles over big climbs that felt like nothing, a number which remains my personal best for miles in a day as of now.

The next day, I spoiled myself with a trip into town, a stay at a hostel, and an evening watching the cinematic masterpiece that is Spider-Man 2. I loved Vermont and I loved the trail. Not even shitting my pants the next day could ruin my mood! 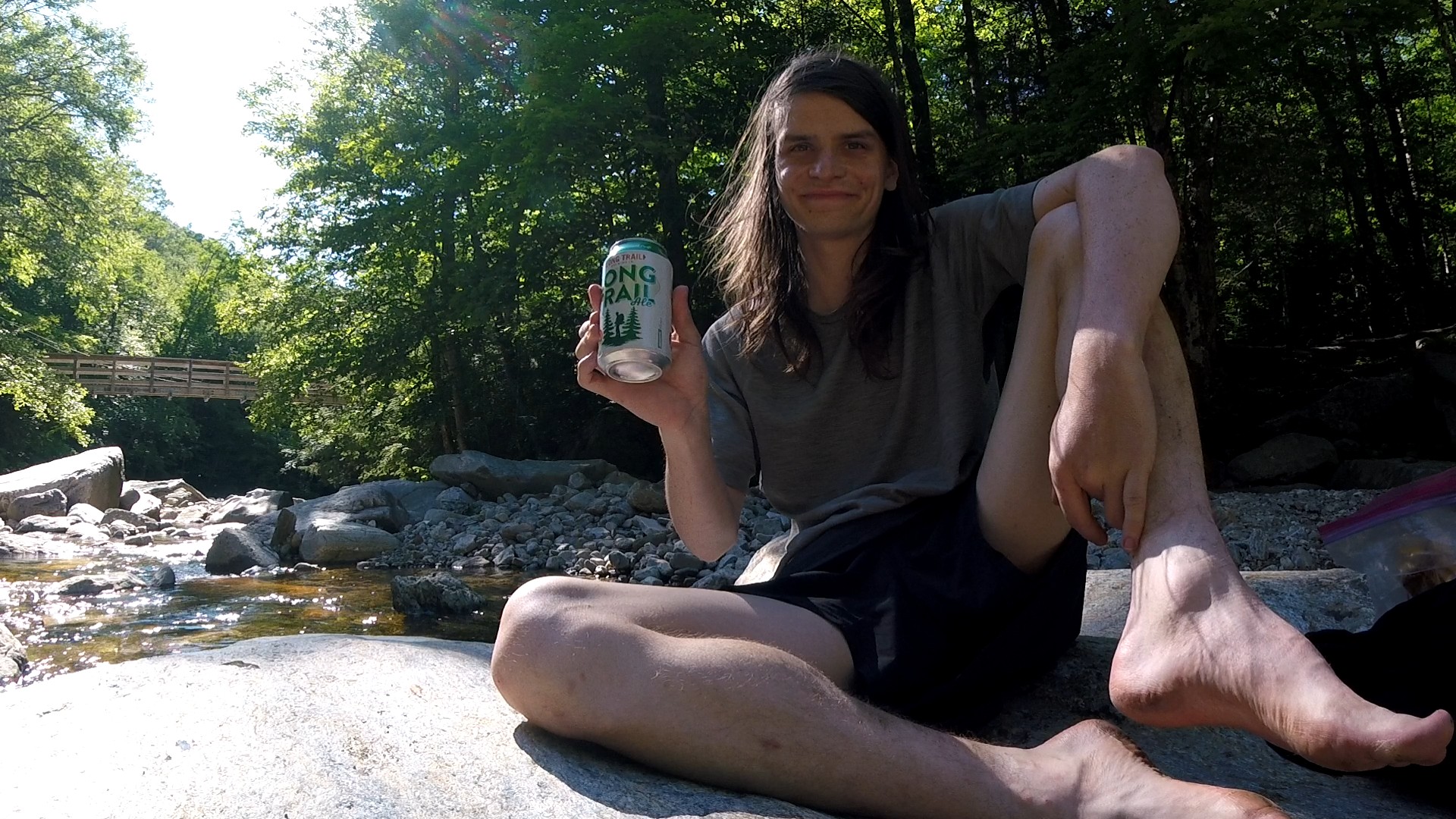 The physical demands of the Appalachian Trail often get in the way of the pleasure of being outside. But when euphoria comes, it comes in massive ways. I think it’s important to remember those joyful moments when the hard times come. So much has happened since Vermont, and I will get around to that, but right now, I just wanna wax poetic. It’s not often you get to drink craft beer by a babbling brook (se above).

Stick with me for a little longer. I can’t wait to tell y’all about what’s next.

Photos my own. Trail updates are posted as I’m able to write them; my next post will likely come in late July/early August. Subscribe to my Trek blog via email and follow me on Instagram at the links below. Stay shiny, friends.