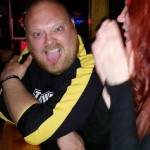 From Denver to Springer: A precursor to the 2015 run at Khatadin 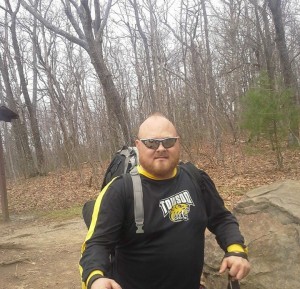 Starting out at Springer

Living in Knoxville, TN for a good portion of my twenties placed me backpacking around Newfound Gap dozens of times. Little 5 or 6 day ventures with a 60 lb pack, complete with all of the luxuries one could want once out of cellphone range. The AT became an obsession and being in the woods became an escape and part-time way of life.

I left Knoxville in 2009 for a job in my home state of Indiana and after 5 years, a marriage and a divorce, took off like a rocket to Colorado with not much more than my truck, pack, rifles and wit.

After getting settled in Denver I found the opportunity to start a food truck/catering business and kept at it. It quickly proved fruitful. So much so that I decided after only 9 months in Denver to head to Springer in April.

After securing the best one way car rental deal I think I’ve ever seen, (my rental car game is tight, yo) I headed to Knoxville to store some things with my best friend, Jesse. I stopped in Kansas City to party with an old friend, went to Indiana to see friends (more partying) and shot down I-64 to Louisville (still more partying), and I hung a right at Lexington o take I-75 down to good ol’ Rocky Top.

I spent a week being spoiled on dank craft beer and incredible food and friends I hadn’t seen since 2009 . Then, I got a ride down to the Southern Terminus.

The week prior I must’ve packed, emptied and packed again 35 times. I asked friends their opinions on necessity vs all else. I bought newer lighter gear. I did not, however, replace my aging external frame pack or 5 lb tent. Both of which I had purchased nearly 8 years prior. I started with 6 days of food, three pair of great socks, thru-hikers companion and the lot. The most notable piece of equipment I started with was my choice of footwear.

For several years now, all of my hikes have been completed with a nice pair of comfy running shoes, covered with a pair of rubber kitchen covers purchased for $1.60 at a thrift shop over 5 years ago slipped over the top. Skeptics ALWAYS scoff at my choice. But, over 2,500 miles later, we’re chuckling next to the fire while people battle blisters and constant wetness. I also brought tons of rope, extra everything, and a lot of things I would take on a regular hike. Like most do, I learned very quickly what I did and didn’t need and sent things home.

The day I hiked from Springer was the 12th of April. It had rained and rained but there was a nice break in the weather that day. So I put my pack on, adjusted my straps, took maybe 3 steps with it before some wonderful asshole in the parking lot shouted out “Fat man walkin!” Right there, I knew I’d never shake that trail name. (I am about 5’6, 275lbs at this point) So, I embraced it. Completely.

But my hike is not like anything else I’ve ever heard from the trail. My hike spilled very rapidly into the real world and took magic with it. I look forward to telling my story. So much more to come.