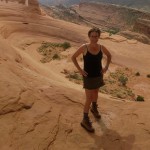 Don’t Shake Off the Shakedown

If you are like me, scouring all manner of blogs, boards, and groups, the one constant you’ll see (besides bear bag vs. bear canister debate!) are suggestions to shake down your gear before you hit the trail. But what exactly does that mean? Many different things to many different people, for sure.

I began solidly in this camp.  As my gear arrived, I tested each piece.  Backpack?  Loaded it up with my target weight, and took a five-mile jaunt around some country roads. Pack fit like a dream, very comfortable.  Check.

Set my tent up in the backyard, over and over.  In the wind, in the rain, in the dark.  Slept in it for a week, including rain and snow.  Performed like a charm.  Check.

Stove arrived, hooked up to fuel with no issues, and lit just fine.  Check. And check, check, for other gear.

I was really feeling like I had done a decent shakedown; better than nothing, right?  Wrong!

I entered this phase over the past weekend. Planned two nights along a 13-mile loop. When the weekend arrived, it looked like steady freezing rain and light snow, low of 25 degrees. I packed accordingly—or so I thought. I really didn’t have much winter gear, as my AT venture will be a 100-day FLASH in summer months.

We (more on “we” later) headed out midday Saturday in a light drizzle.  I last minute grabbed some Frogg Toggs at Walmart and hit the road.  The hiking was muddy, slippery, but manageable. Until we reached a swollen, overflowing stream that was not on the map. It was either turn around, or jump in—so we jumped in. We were then faced with three more streams between us and the campsite, and we arrived unexpectedly wet to the knees. Lesson learned: Whatever minimum amount of clothing you subscribe to, add one more set! Seriously rethink your decision not to bring rain paints.

The true tent shakedown: Yes, it set up quickly, easily, and held up just fine.  But it had just one entrance and vestibule. By the time I put my pack under cover, along with my wet rain gear, my stove, and my muddy shoes, it was obvious I was going to have to crawl over a whole lot of crap to get out of the tent or even to finagle an item out of my pack. What set up perfectly in my backyard was completely insufficient in real practice. I ended up heading over to my friend’s dual vestibule tent to cook and have dinner.

The true pack shakedown: Yes, it was comfortable and transported my gear as intended. However, I discovered it will not sit upright, even when evenly packed and balanced.  Falls right over into the mud. Highly annoying. It was a challenge to find a quick access, easy place to stow my trekking poles. Overall, its nooks and crannies were cramped and hard to access, and there were not enough ancillary nooks, hooks, daisy chains, and loops to stow gear outside the pack.  So while it was comfortable on shakedown light, it did not perform for my needs in the field.

I know the current trend is for one large main compartment with few bells and whistles on the exterior; very streamlined.  I guess I’m old school in the pack area; I want pouches! Thinking of bringing my 2003 Lowe Alpine Netherworld 70 out of retirement.

The true stove shakedown:  Again, the stove fired up just fine. With matches.  Now, this may seem like a niggling detail, and perhaps for most of you it is.  However, having to dig out safely secured, dry matches from some forgotten pocket or the depths of my pack was a pain. It took me six matches to get a light in the wind.  All of which I would have to pick up and put in my trash to haul out.

Again, it may seem like I minor inconvenience, but when you are trying to streamline your setup and breakdown, and adhere to LNT principles, it’s just another chore.  I’m swapping out for a built-in igniter (but still carrying matches for emergency).

Not sure there is such a thing as a full shakedown because every outing will have its unique challenges and unseen hurdles. The AT itself is one huge shakedown. Certainly a shakedown more rigorous than mine is in order. If I learned this much in two days, what would four days teach me? I know it’s a luxury for many who are already stretching scarce vacation days and funds to get out for a shakedown, but please try to make every effort.  Even if it costs you a bit of money, it will save you money in the end.

Use Your Trail Community

I met a great young lady in one of the many hiker groups I belong to. She lives in an urban area, where outdoor opportunities do not abound. She had done “shakedown light,” but hadn’t really gone into the field. I hosted her two hours from her home, far enough to get her in “the sticks.”  We learned so much together, and established a great friendship for the trail and later.

Obviously, personal safety guidelines always apply.  But I encourage you to judiciously befriend fellow hikers, who are always happy to help.  Line up that shakedown and rock the trail this year!! Best of luck to all.

Unintentionally in my 50's, soon to be intentionally on the AT. I'll be a NOBO flip-flopper, departing from Harper's Ferry in April 2020. I'm a lapsed backpacker, having done the Grand Canyon, RMNP, and Saguaro National Desert - a decade ago. Looking forward to leaving the flatlands of mid-America behind and rediscovering the trail. I have a supportive hubby who has agreed to get by without my wit and charm for several months. I'd say get by without my cooking and cleaning as well - but let's be honest, I wasn't doing that anyway.