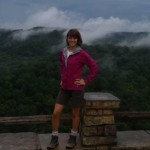 The holidays came at a perfect time in my travel plans. It was great to spend time with family and catch up with them. I loved hearing about changes in their lives and to update them on my plans. Last time I had been home for Thanksgiving, my family was still skeptical of my plans. Since then, they have all become an integral part of them.
Momma bear went from worrying about all the atrocities that could happen on the trail to being my resupply person. Being a dietitian, I should have known that food would have been the bonding element to get her onboard with my hike. I took her to an outdoor store to look around (for even more gear that I probably don’t really need) and she started looking at the food and looked at me and asked skeptically, “But what are you going to eat for six months??!” Since then she has called me multiple times while at the grocery store to ask if this or that would be a good food option for me on the trail. I told her 100 calories an ounce was the norm, but after much debate, I told her she could sneak a few heavy things in on my packages for me eat right on the spot. I was really touched when I went home this past week and saw the downstairs area converted to a backpacker resupply station. There were boxes already packed, even though they won’t be utilized for a few months still. Both my mom and I are vegan and gluten free, so having resupply boxes will be key to surviving on the trail. I am excited to have my mom onboard, and even more thankful to have her be an integral part of my journey! 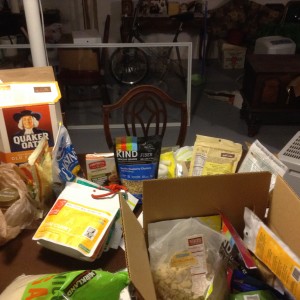 Food supplies purchased and ready to be shipped! 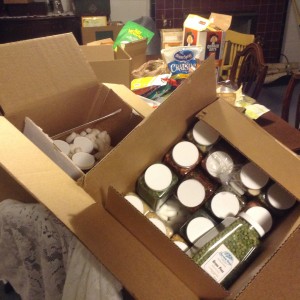 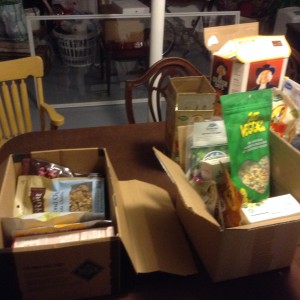 My step father has also been able to get onboard with my adventures and is even planning on joining me for a week on the trail. He has recently got into running and will be training so that he can make some decent mileage while on the trail. I was surprised at his offer to join me, but think it would be a great bonding experience!
My step mother and father have helped a lot with gear. I was still missing some key components that I needed and they have graciously purchased a lot of much needed items. I am excited to test things out next weekend before I leave for South America. After assuaging some of poppa bear’s concerns and seeing my resolve to hike the AT, he is now onboard as well. According to him, he believes it is better to do something that you feel called to do rather than to live a life with regrets for not even attempting it. 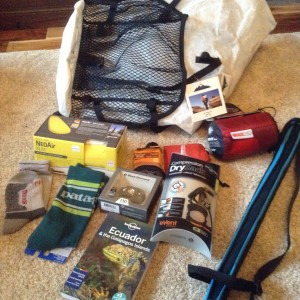 My siblings have also been very supporting and recently took a trip to REI to find the perfect gift for their homeless, backpacking sister. It sounds like they have learned a lot about hiking through the numerous sales associates they talked with and settled on some great hiking pants and socks for me to use on the trail. I asked my one sister if she thought it was weird to thru hike and she said, “Nope! I think it is awesome. In fact, all my friends say they want to try it someday as well!”

My gradmother (God bless her soul) has been the most supportive from the beginning. When I first told my family of my plans, they mostly freaked out. Except for grandma. After I told her of my plans, she just paused and asked, “So, you are going to be a hermit?” “Yup, I think so,” I replied. She just replied that maybe I could have a nice hermit family in the woods. Quickest acceptance of my plans to-date.

My friends have always been supportive, but I have found that my decision to take off a year to backpack and travel has made some changes in them as well. I think that when a dear friend drops out of the social norm to do something radical, it makes you rethink your own life perspective. It makes the counter cultural norm seem more real and doable. I now have a friend thinking about quitting her job and moving to Ireland, another friend hiking three weeks with me, and another seven friends wanting to meet me somewhere along the way. We will see how many of them actually join me, but either way, I am glad to have inspired them to think about all the great things they can do in nature or in the world at large.
Going on the journey has also rekindled conversations with acquaintances who want to help support my hike as well. I look forward to some chance meet-ups with people that I have met over the years. It is definitely a great opportunity to reconnect with people met in previous walks of life.
I feel thankful to have such a loving group of family and friends. Only three months ago I was afraid of people judging me of the path I chose and wondered if it would even be worth attempting it. I never expected how easy things would fall into place once I had the resolve to do it, nor the support that would shortly follow.
For anyone that is still deciding to hike or not, I say do it if you feel it is right. Some people will doubt your decision in the beginning stages, but once you find an internal answer to the doubts and opposition that your loved ones will have, your resolve and determination will quickly follow and the rest of the details will work themselves out. I have found that the more courage and self determination I have and am able to show, the more accepting others have been of my plans.
I wish the best of luck to all the rest of you still trying to get plans together for their thru hike of 2016!! I am pumped to see you all on the trail soon!

Hi everyone! I just turned 30 this past year and have decided to take a year sabbatical from life to travel and see the world. I figured there is no time like the present for a big adventure! I love to stay active and explore new places. I will kick off 2016 with a trip to South America before becoming a NOBO thru hiker on the AT. I am a little nervous going alone, but hope to be a stronger person from it!