How Can It Possibly Get Better?

The night before I hiked out of the NOC, I had the pleasure of hanging out with a couple of AT thru hiker alumni, Napolean and Goliath. We enjoyed a few beers, talked trail, life and all tribulations. The night ended and we planned on hiking out of the NOC the next morning. They were getting a couple of shakedown hikes in before they hit the PCT a week later.

Anyways, as I arrived at the shelter after the NOC, I quickly set up camp, cooked dinner, and tended to the normal chores of a thru hiker. Goliath and Napolean did the same, as the rest of our group did. After everything subsided for the night, we had the fire rolling and the stories began. Within the few hours of talking around the campfire, Napolean said something that had more of an impact on me than I had realized at the time. “Just when you think it can’t get any better, it just gets better.”, he said in a ecstatic, but humble tone. He started to burst at the seems with emotions he felt on the trail, the friendships he made that would last a lifetime, the beautiful country that he had the pleasure of walking through, the simplistic lifestyle that allowed him to appreciate raw beauty. He couldn’t contain himself while describing it to us. We sat in awe, listening to the words that were spilling from his mouth only to realize that at the time, we hadn’t even seen a fraction of what was to come.

Today is day 47. That marks 47 days of waking up in my tent, a hostel, or extremely rarely, a shelter. That is 47 days filled with a copious amounts of walking, beer drinking, or food eating. (sometimes all three). That makes 47 straight days of living on the Appalachian Trail, and at this point, I don’t think it can get any better. I’m probably wrong on that last statement though.

I’ve hiked 468.5 miles to Damascus, VA where I now am shacking up at the Virginia Creeper Inn. Yesterday marked my most accomplished day thus far. I hiked from Iron Mountain Shelter to Damascus which was 26 miles and some change. Working a 9-6 back home would have taken a little more from my soul on that day, but hiking from 8-5 only added to the already burning flame within. 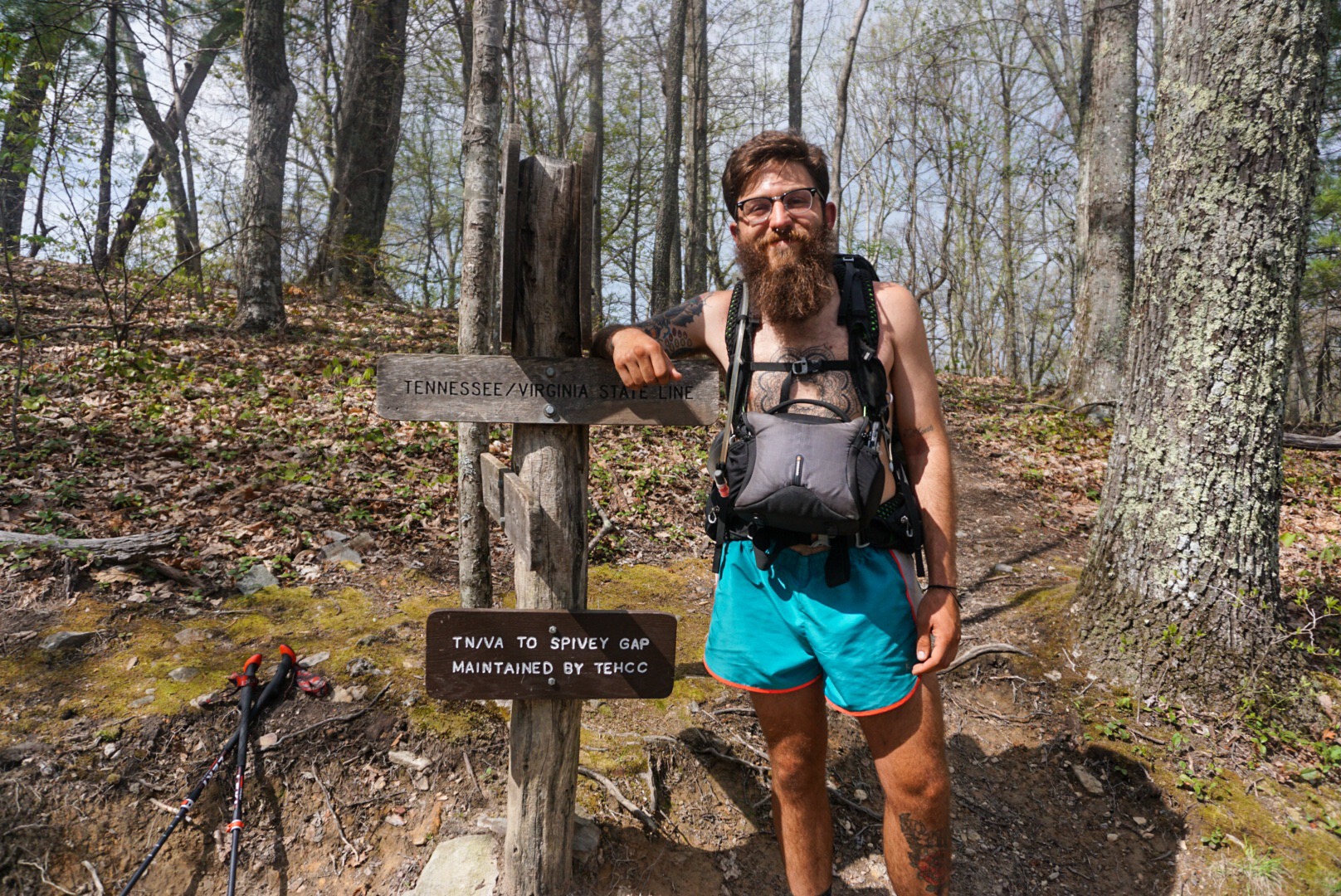 (At the state line)

I have now walked through three different states, and have entered my fourth. Virginia being the longest state, I can imagine it will hold more for me than I can fathom at this point. I’ve found that out here, the longer you look for something, the longer it takes to make itself apparent. At the beginning of my hike, I was regularly checking the guidebook, worrying about the timing, strategy, and details of every situation. Over the course of the last couple of weeks, I’ve checked the book less than three times, journaled less than I have wanted, but have enjoyed the simple pleasures of the trail to its full extent. With no plan comes no failure. I’ve learned to not look too far ahead. Assess the current situation, and worry about what you can control. Tomorrow is a new day filled with its own worries.

The last couple of weeks have been filled with swimming in waterfalls and lakes, hanging out in all of the wonderful hiker towns, putting in miles over some of the most beautiful section of trail, and testing the limits of everything I am made of. 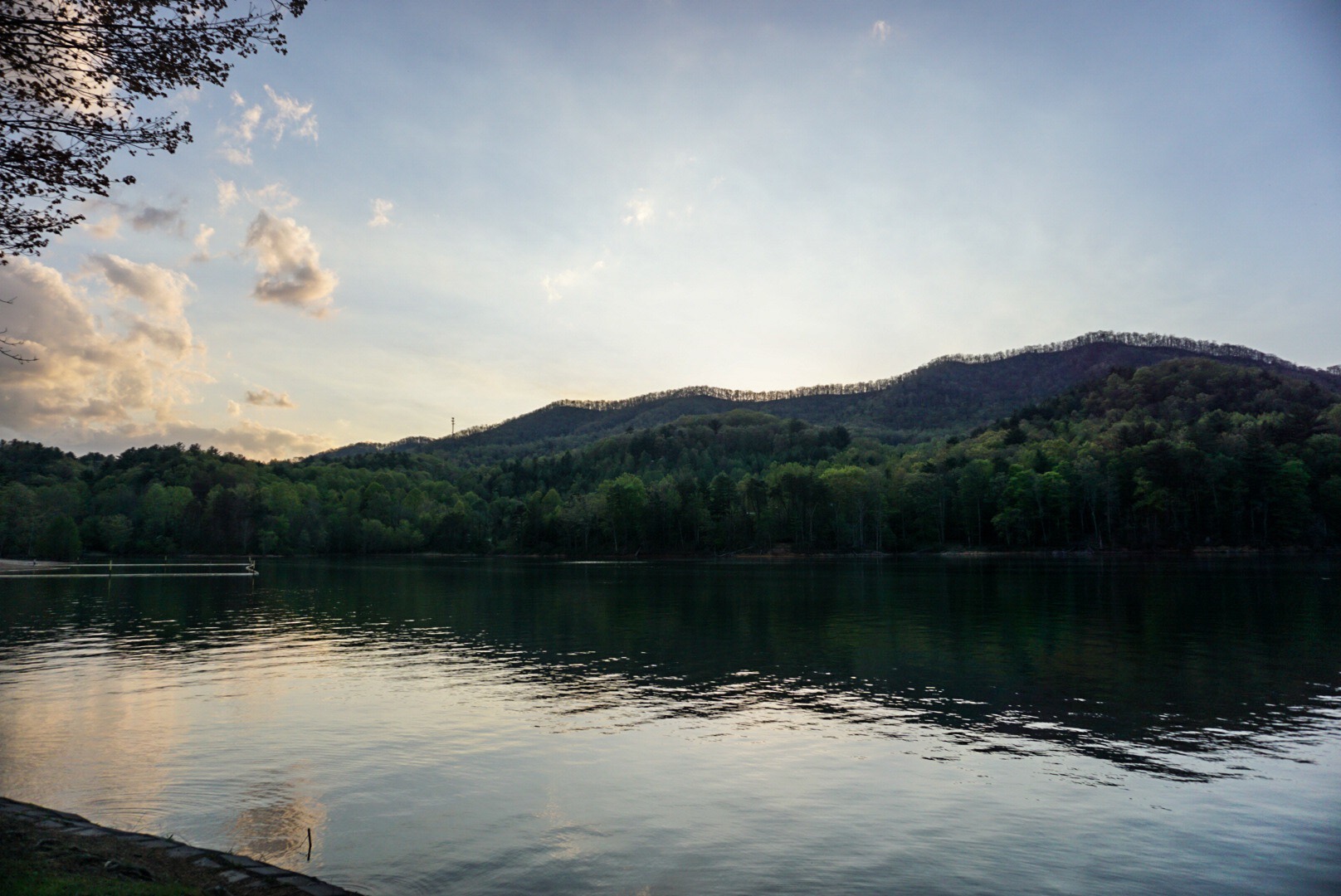 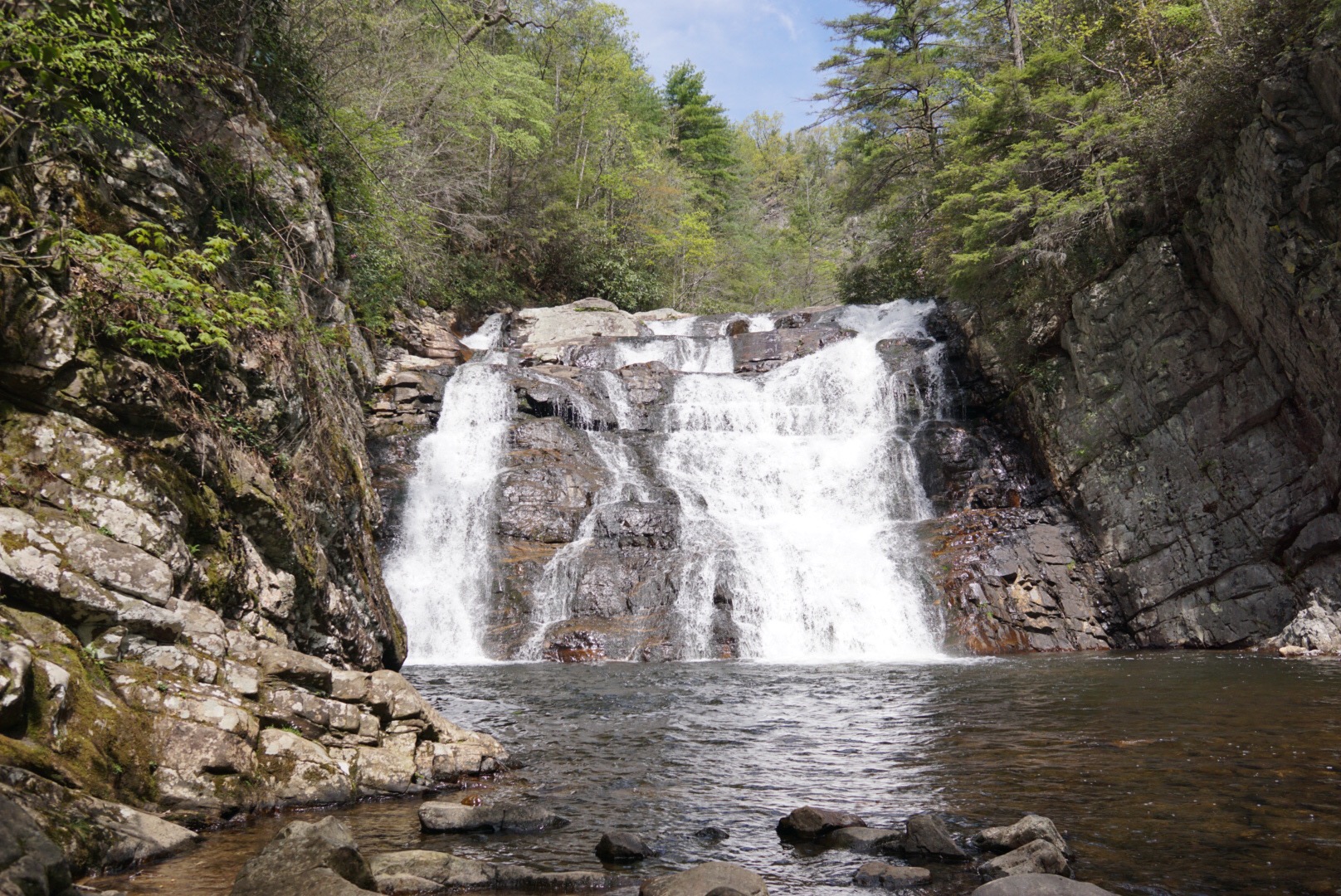 From here, I’m expecting only good times, but there will be brick walls to climb over, days that are more mentally tough than any other, and always the never ending need to see more. Only 1720.6 more miles to go!