My Love/Hate Relationship with AT Towns

Although the large majority of my time in the States had been spent out in the woods there is also a necessity to venture into civilization every once in a while. So far I have visited Helen and Hiawassee in Georgia, Franklin and Hot Springs in North Carolina, Gatlinburg, Erwin, and Roan Mountain in Tennessee, and Damascus and Marion in Virginia.

My First Trip to Town

Aside from an Atlanta airport hotel and a hostel and Walmart in Dahlonega, Helen was my first experience of American civilization.

Helen is a small southern American town themed like a German alpine village. Half the town still seemed to have their Christmas decorations up despite it being late March. We also happened to be there on the weekend of their annual trout fishing competition. It was a strange experience. 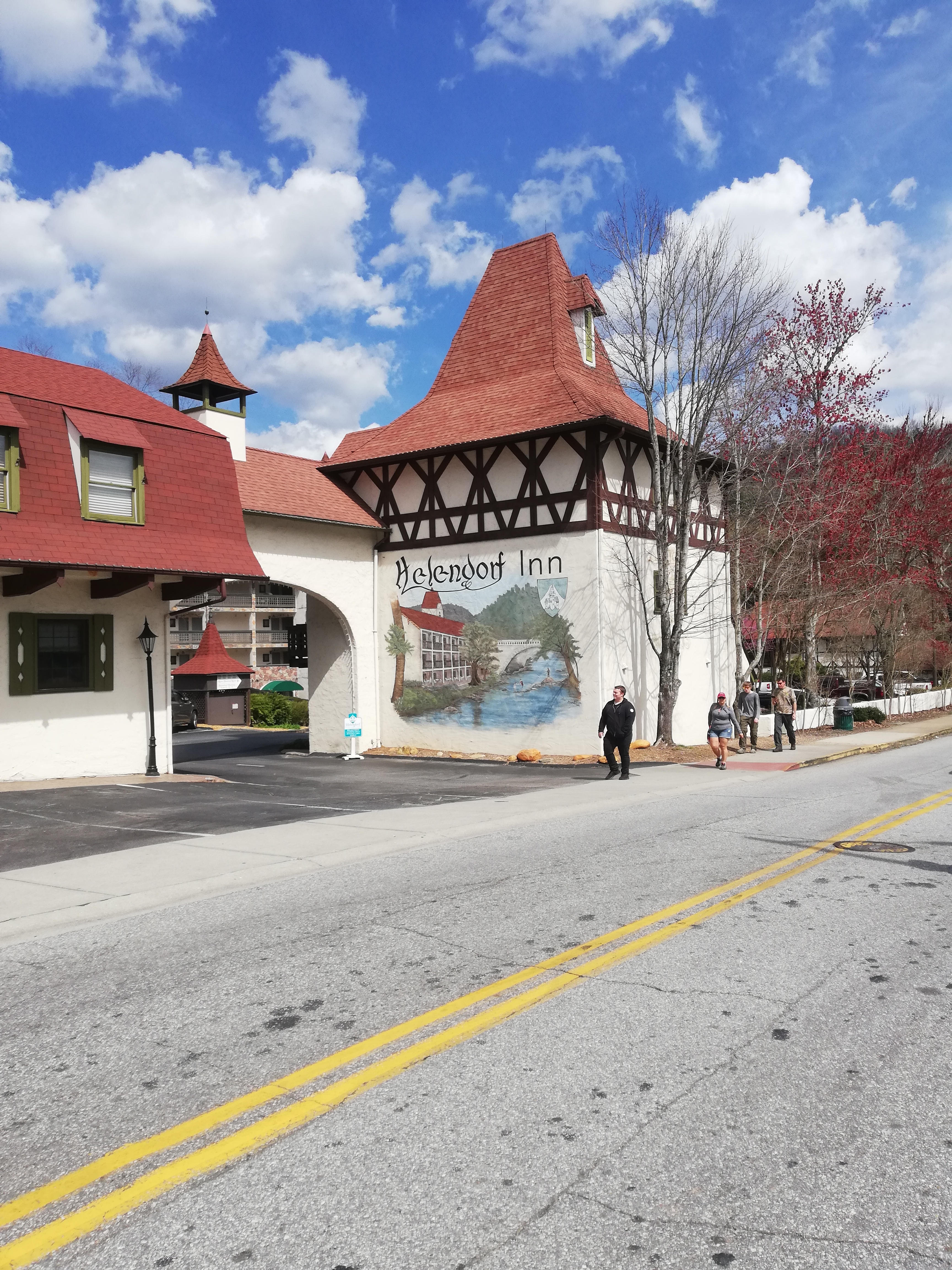 The strangeness was increased by the fact that I’d just been living in the woods for eight days straight with no access to running water or electricity. I had traveled to town with a bunch of guys I’d known for a week or less and checked into a hotel room with two of them. It was somehow very surreal but also completely normal at the same time. That’s kind of how most things seem on trail.

Upon arrival we headed straight to Huddle House for breakfast. This was the biggest breakfast I’ve ever had. Between five of us we probably had about 15 plates of food. I finally discovered what biscuits and gravy, the Southern delicacy that had confused me at the airport hotel, was supposed to taste like. I was overwhelmed by the speed and enthusiasm with which the waitress spoke and was very confused by the whole paying system. Why did they take my card away and bring it back in a little folder? Do Americans really do actual maths every time they have to add the tip onto their receipt? Thankfully I had my new buddies there to help although they did all find my confusion quite amusing!

Our town chores included my first experience of Dollar General. Turns out it’s not like Poundland (where everything costs one pound!). Everything is not one dollar. I also learned a lot about American coins as we had to pay for our laundry using 16 individual quarters. The rest of the day was spent wandering around all the touristy shops, eating and watching the Harry Potter films, which happened to be playing on the hotel TV. Seeing these familiar films reminded me that I was still on planet Earth. 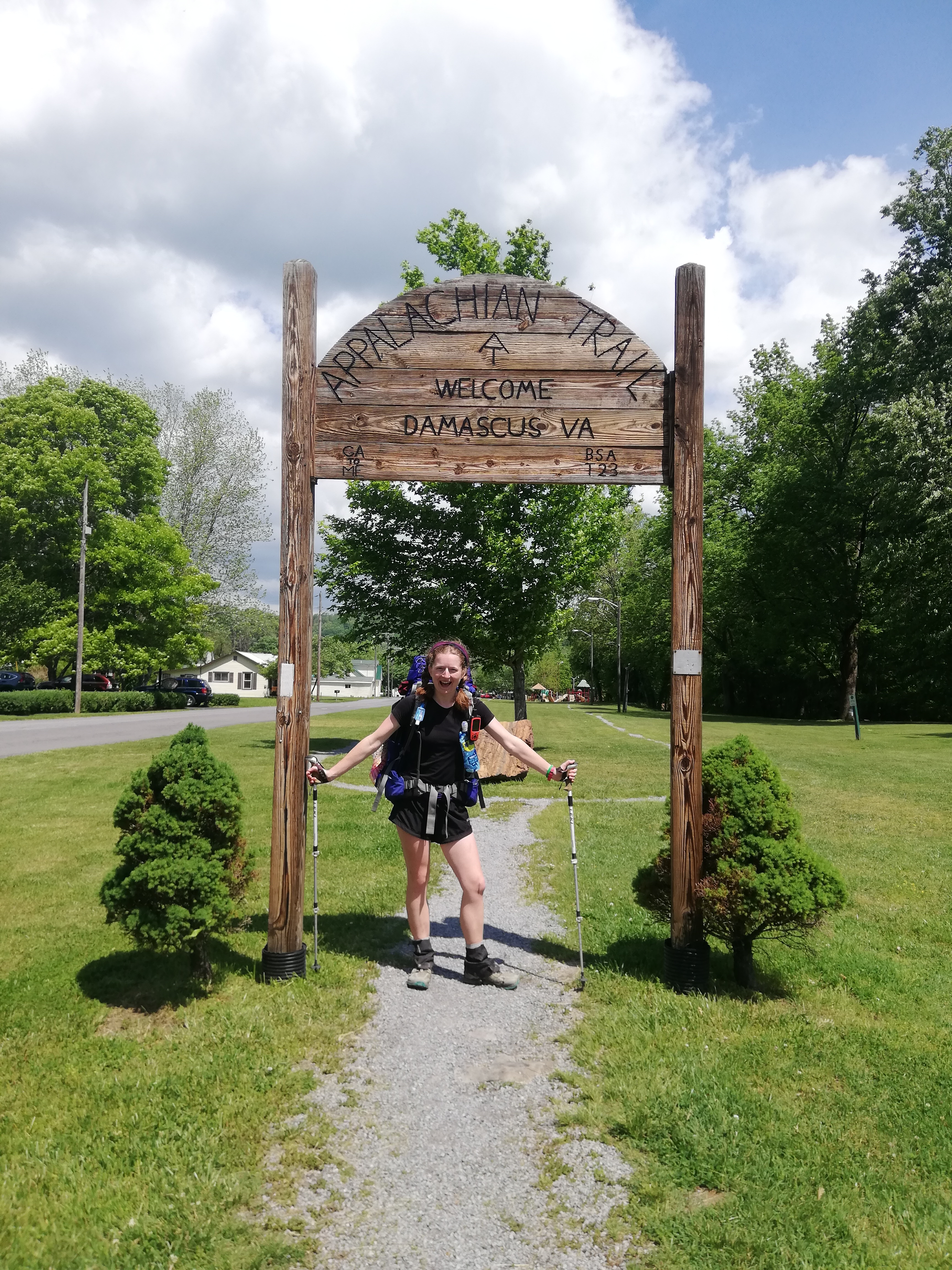 Most of my trips to town have followed a similar pattern to this but each town has had its little quirks. The biggest similarities are that the people are friendly and the food is plentiful. I’m looking forward to seeing how the towns change as we move farther north.

I’ve found that when on trail I’ll look forward to getting to town so that I can relax. But when I get to town I rarely get a chance to sit still for more than a few minutes and end up leaving town more tired than when I went in. While towns are good fun and provide a nice opportunity to indulge in many luxuries, they also come with an associated list of tasks that need to be accomplished. These are known as town chores and generally include the following:

Resupply: Buy more food! This is a task I look forward to less and less each time. After spending five days in the woods the idea of walking round a supermarket with unlimited food at your disposal should fill you with joy, but I’ve more than once found it unenjoyable. Whatever you buy has got to sustain you until the next town. This is normally about four or five days. The worry of running out of food normally leads me to buy way too much food and makes my pack very heavy climbing out of town! The other challenge is trying to get a bit of nutrition into your diet. Turns out most healthy food is either heavy, expensive, or needs to be kept in a fridge. Thus the diet of Pop-Tarts, Skittles, and ramen noodles normally wins. 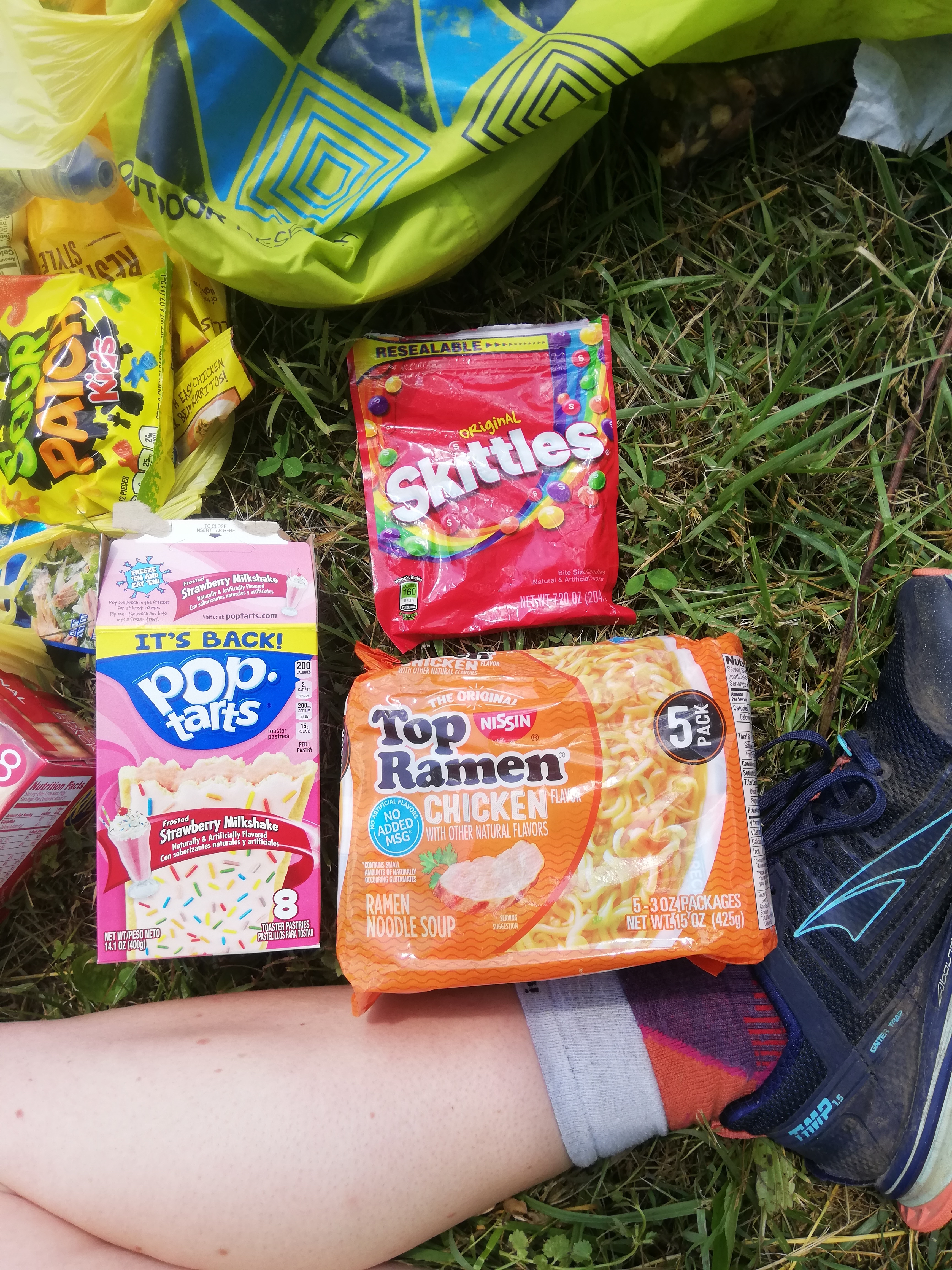 Laundry: This can be simple or hard depending if the place you’re staying has a washing machine. Most hostels will have laundry facilities so it’s just a matter of emptying your pack into the machine and hoping it doesn’t still smell like death when it comes out. However, some motels or hostels won’t have this option. The worst case so far was Gatlinburg, where the nearest launderette was about three miles away from our hotel. We ended up taking an Uber out there with bin bags full of smelly hiking clothes in tow. The main challenge of laundry is finding clothes to wear while trying to wash all the clothes in your possession. Most people end up walking around in nothing but their rain gear for a couple of hours. This is fine as long as it’s not too hot outside!

Using Wi-Fi: Phoning home, updating Instagram, blogging, checking emails, checking the weather, generally checking in with the outside world, the list of tasks to be completed on Wi-Fi seems to be endless. Most of them are enjoyable but all take time that could be spent exploring the town or sleeping in a real bed! I’m not a big technology fan and especially after spending multiple days hiking and barely using my phone I find it a bit of a drag to have to spend so much time on it in town.

This is all, of course, dependent on having decent Wi-Fi access, which not all places do. After a week of thinking, “When I get to town I’ll be able to ring home,” it’s disappointing to arrive and find that not only is there no phone signal in this town but there’s also no Wi-Fi at the place you’re staying. This is what leads me to situations where I’m sitting on a bench in the middle of some random little town, stealing Wi-Fi from a nearby shop, and trying to explain over the phone to my parents why I haven’t been able to respond to various emails about student loans and travel insurance. As I write this I’m sitting in McDonald’s, taking advantage of their ever-present free Wi-Fi!

Miscellaneous: Trawling round outfitters to find that one piece of gear you need, going to the post office, stretching properly, drying out your soaking wet gear, etc., etc. There always seems to be something else that needs doing!

Other than these tasks the main activity carried out in town is eating. A thru-hiker’s general requirement for food is that it’s cheap and comes in large quantities. Therefore I’m slowly being introduced to all the American fast food chains. We’ll also normally try to track down some salad as well. The best restaurant so far has been the all you can eat pizza buffet, which also has an all you can eat salad bar, so ticks both boxes. I normally end up eating way too much and having to hike out of town feeling lethargic. It’s normally worth it, though. 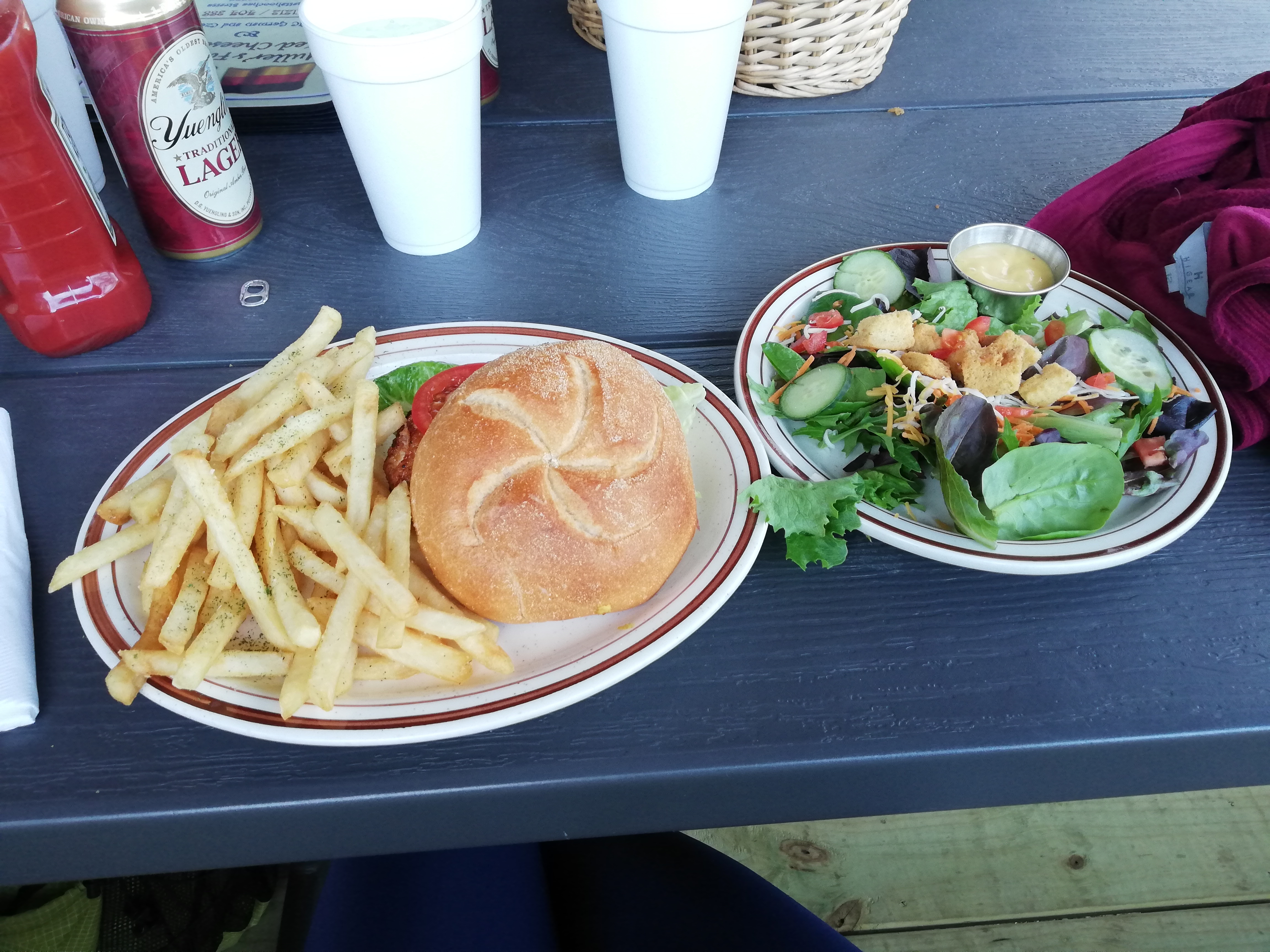 Although I enjoy being in the woods there’s always a slight sense of panic when the time comes to leave town. What if I’ve forgotten to buy something? What if I’ve left something in the hotel? What if I have urgent need of proper plumbing as soon as I leave town? So far none of these things have happened and within a mile or so of being back on trail I’m happy to be back.

The only occasion that I’ve found it really difficult to leave town was after Hot Springs. I’d been sick and ended up taking three zeroes there,  the longest period of time I’d spent out of the woods so far. After being in town so long all my old fears that I’d had before starting the trail seemed to come flooding back and the idea of leaving town seemed scary. But again, once I was back on trail, everything slotted back into place. 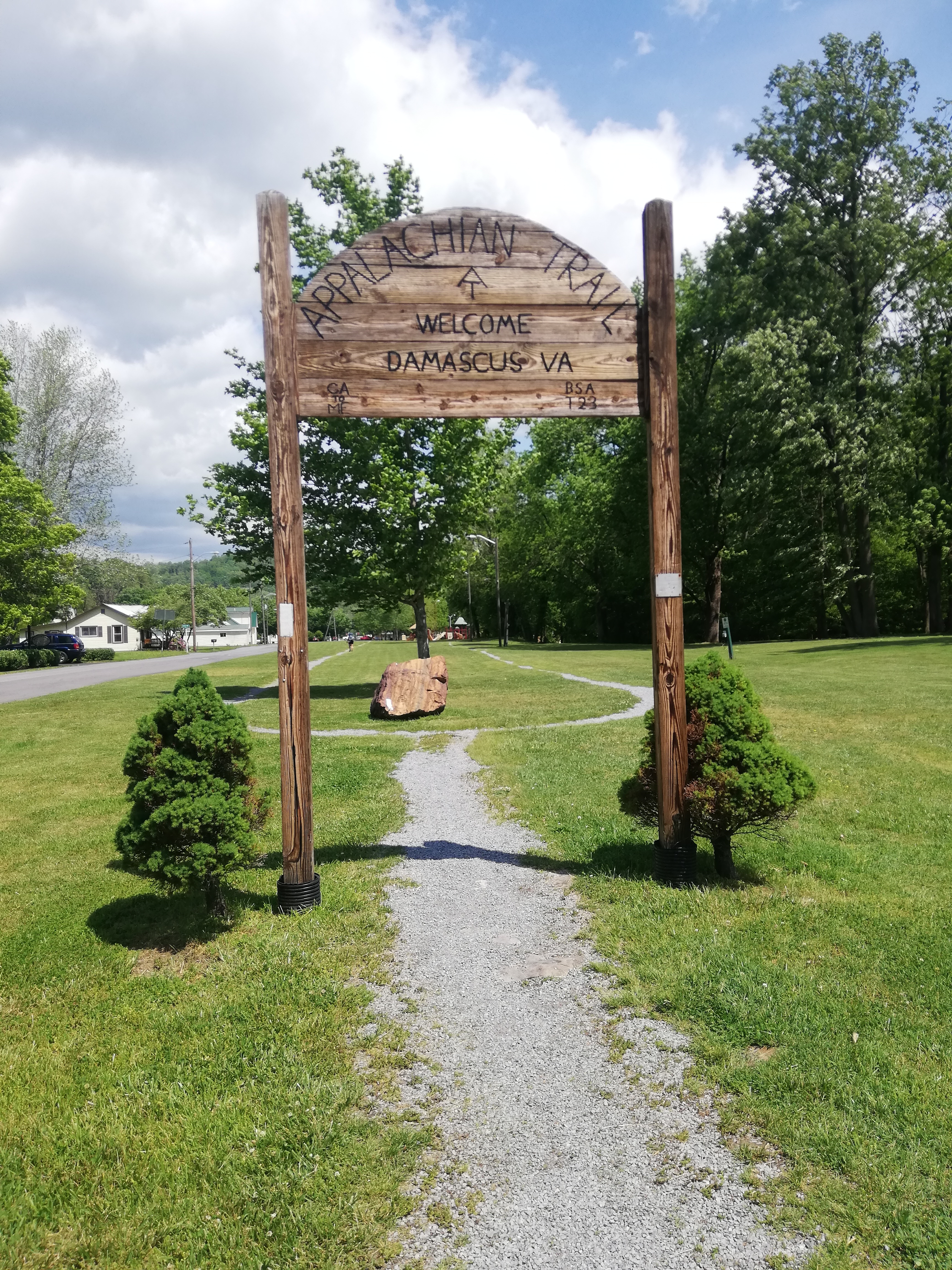 Overall I’m enjoying my slow introduction to American towns. I’m appreciating the fact that I’m not just visiting touristy places and am getting to see the “real” America. I’m learning that I don’t actually know that much about America and in each town I seem to discover another little quirk. While I love being on trail, being in town is turning into just as much part of the adventure!