The good, the bad, and the “meh”: post trail gear thoughts

Limbo and I have been off the trail for over a month, which is hard to believe. We’re slowly adjusting to “normal” life, although it hasn’t been very normal for us. After finishing the trail, we: road tripped to Boston, flew to Indiana, road tripped back to Oregon, and invaded my sister-in-law’s tiny studio apartment in Portland. We’ve eaten grocery store salad mixes out of the bag with plastic forks taken from fast food restaurants, gone days without showering, and maintained a lifestyle somewhere between a thru-hiker and a real person. Eventually we will transition back to a predictable schedule and financial stability, but I’ve enjoyed easing into it slowly.

One of the things we have started to do is go through our packs and assess, clean, and in some cases throw away our gear. I neglected to do a pre-trail gear post, but I wanted to make some observations about some of our gear after walking all 2,189 miles. 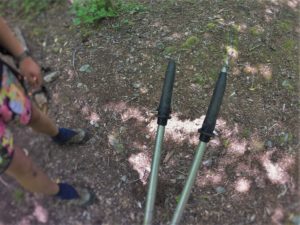 They look pitiful, but they made it! 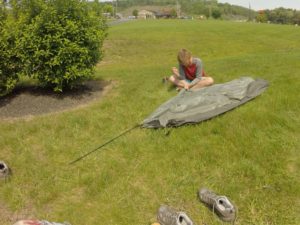 Working on our tent on a hotel lawn 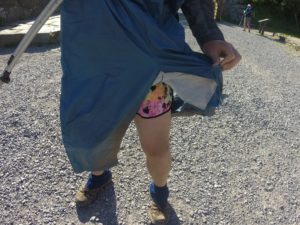 Helpful additions along the way

I think this list illustrates that no matter how well you try to prepare with the “right” gear, there are going to be issues or additions. Before we left, I was absolutely agonizing over my sock choice. How many pairs should I bring? Do I have to use Ininji’s to avoid toe blisters? On the trail, I sent some socks home and had some replacements, but it really was just not that big of a deal. The reality is, you have to learn as you go. What might seem perfect just might not work for you out there. My last word of advice? Don’t read so many gear reviews that you go cross-eyed. Decide what’s most important to you and seems like the best fit for you, and just go for it. Use it until it’s totally worn out, and best case- use it all 2,189 miles.