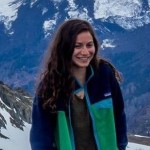 On and Off the Trail Adventure

Yeah, yeah. I know… it’s been a while since I’ve posted an update. Lemme’ just jump right in by saying WE SURVIVED Virginia! That’s right. Lucas and I made it to Harper’s Ferry, as you can see by our lovely, mandatory ATC pic! 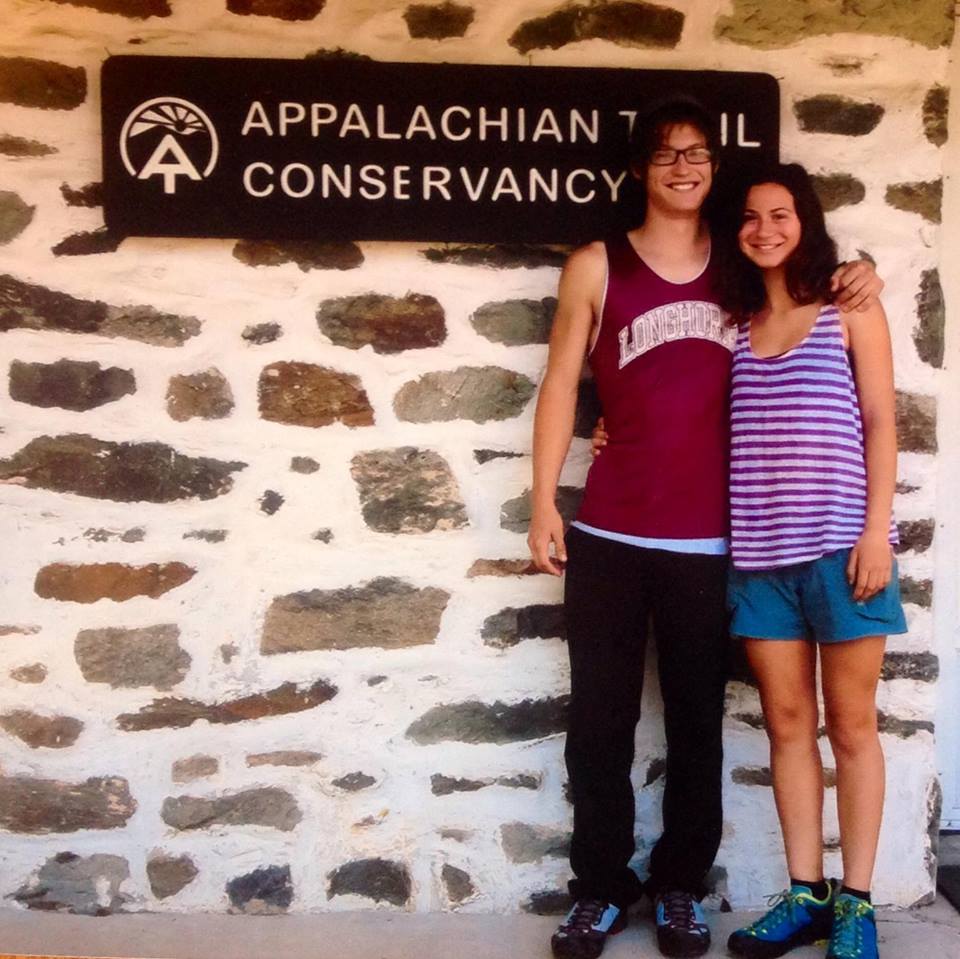 I’m going to be honest, that section before Harper’s Ferry was real tough for me. Somehow, I injured my hip in the Shenandoah National Park, which has yet to heal. The pain’s in that place where my hip and leg connects, and boy does it call out for mercy every time I take a step. Lucas and I also have a bad habit of not bringing enough food into National Parks (read Leaky Tent, Creaky Tree, and Too Few Calories), so we ran low real quick. Just a couple days in, we decided to hitch a ride out of SNP and hit-up the Walmart in Luray, VA. My main mission was to find a plant-based multivitamin, with the thought of “Hey, maybe these will magically heal my achy joints!” Just as we were about to give up on a ride, a car pulled over. Queue the Trail Magic.

The driver was this awesome guy named Brandon, aka one of the most interesting people we’ve met during our trip. In summary, we went to the store, and then back to his place to meet the family and eat our first homemade meal in two months. We ended up hanging out for a few hours, tasted experimental bread made from wild grape yeast, talked a good bit about life/their three kids, and played Legos with the adorable five year old. It was one of my favorite experiences on the trail thus far. 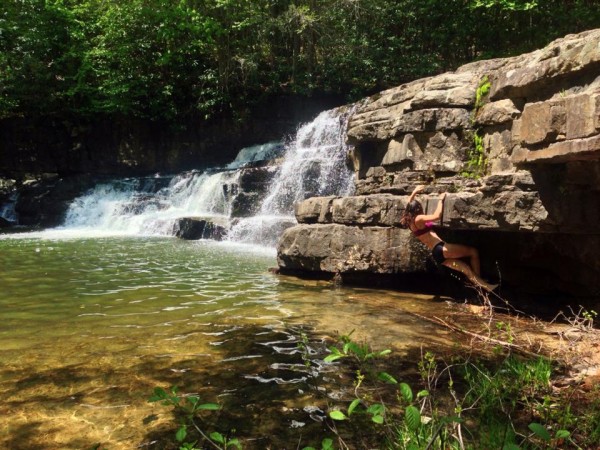 In short, Virginia was fun. I’ve enjoyed the sunshine. It feels natural being in a humid, hot climate (benefits of being a Floridian by birth). There are definitely some spots on the trail with great views, like the Grayson Highlands and McAfee Knob, as well as some dull points. Although we didn’t suffer from the Virgina Blues per say, we did go through a rough patch in which we questioned why we were even doing the trail instead of just traveling. In “real life”, neither Lucas nor I are people who regularly follow the rules. Our paths are fairly sporadic and involve a lot of self-created detours. The part that was getting to us was the fact that we were following a linear path to the nth degree–I mean, white blazes guide your entire northern progression.

My breakthrough idea was for us to treat our thru-hike like those Chose Your Own Adventure books I used to read as a kid. Why not take the blue blaze path that leads to the tallest waterfall east of the Mississippi River? Or walk 10 miles along the Blue Ridge Parkway (and learn that you absolutely despise road walking)? Why not illegally stealth camp off the trail instead of sticking to designated spots? And why not share coffee and biscotti with a stranger instead of hitting that daily 20 mile mark? Sure, we’re no longer purists,  but it’s not something that bothers me as much as I would have thought, mainly because I’m having fun. 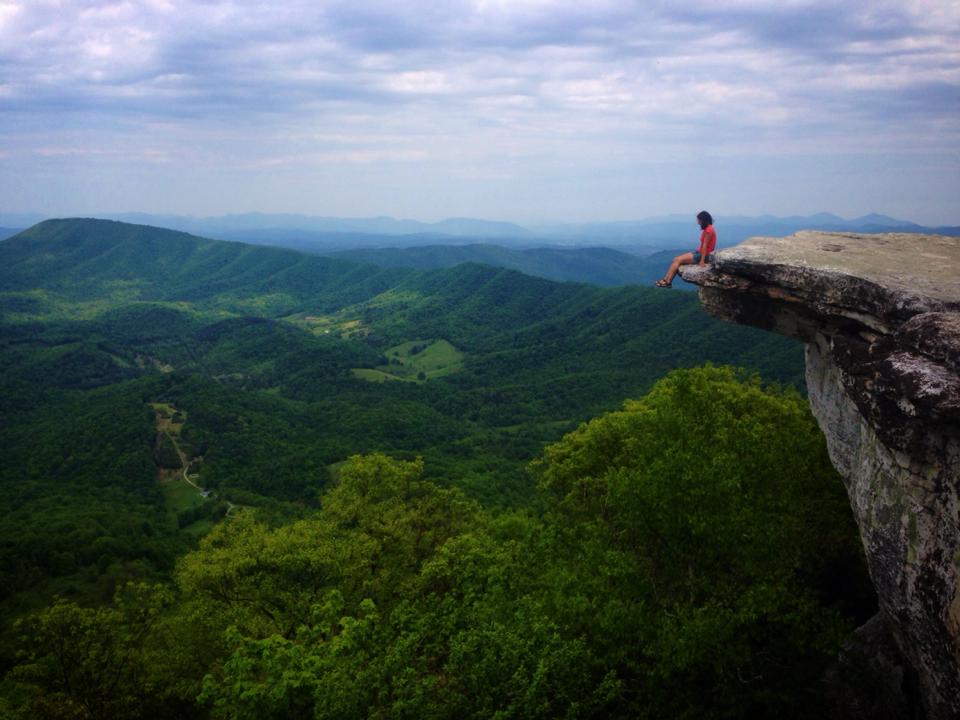 As of now, Lucas and I are staying with a friend, Jennifer, in New York City, and heading back to the woods tomorrow via train. I have to admit, this vacation from the trail has been AWESOME. It all started in Harper’s Ferry, where we stayed a night at a local organic farm, then camped on the outskirts of town the next night. That next morning we hopped on a train to Washington, DC. Our hour and a half ride went by too fast–I LOVE train rides. I’m certain our 5 months spent in the mountains is going to greatly affect my concept of speed for a good while after. Watching the trees go by, and seeing the shadows alter the lighting at 50 mph, feels trippy.

In DC, Lucas and I stored our backpacks for $4 at an international hostel, then checked out the Smithsonian Natural History Museum, and ate dinner from a middle eastern foodtruck. We learned early on that everything in DC closes between 6 to 8 pm, which sucks when your one and only plan is to stay up all night. Even McDonalds closed earlier than usual, and had a strict 15 minute time limit. So, Lucas and I casually walked back into the hostel’s common room at around 11pm, after sitting on the sidewalk like homeless people for a couple hours. Too cheap to spend a collective $60 on a room for the night, we sat on the couches/dozed with no issues until 3am, when one of the workers came over and asked if we were guests. Lucas asked if we could sit on the couches for a little longer, explaining how we had our bags stored in the building, and that we’d leave for our bus ride to NYC around 5 am.

I am so glad that we did not have to sit out on the street until the morning. As soon as the sun began to set, all the crazies began to appear. Even at 10pm we saw several homeless people sleeping on random street corners or walking around shouting to themselves. On our walk to the bus station at 5am, I saw legitimate hookers for the first time–one even got out of the car in front of us. Man, it was such a shock to the system going from trail life, where you can sleep almost anywhere and feel relatively safe, to city life, where everything is sketchy. 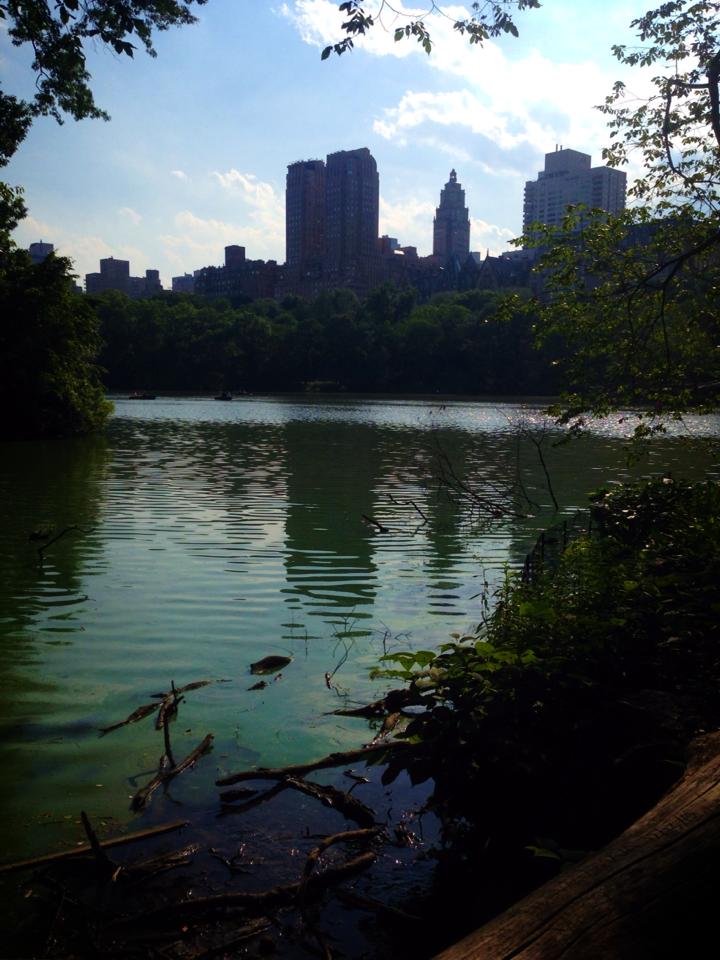 For the past 5 days, we’ve stayed with Jennifer at her apartment in Brooklyn, in an attempt to let my hip heal and our bodies rest. This is my first time in New York, so it has been quite the experience. We’ve eaten really good food. And we’ve cooked fantastic dinners–cooking is one of the things I miss most about city life. Jen showed us all of the stereotypical, touristy things about the city, but also took us to a donation-based yoga studio, a dirt cheap thrift store, and a hole-in-the-wall taco shop. It’s so weird being in a big city after months of resupplying in small towns and interacting with like-minded people.

I still hold a lot of the same beliefs as I did before the trail, but now those beliefs are at the forefront of my mind. Seeing things like billboards that encourage dieting to “achieve the best you” bothers me. Being pushed out of the way by a stranger in line drives me crazy. I don’t know. The trail, in some ways, is making me a bitter woman. Now I see things that are hard to believe. I can’t complain though, because noticing the differences between city life and trail life is providing me a new sense of perspective. 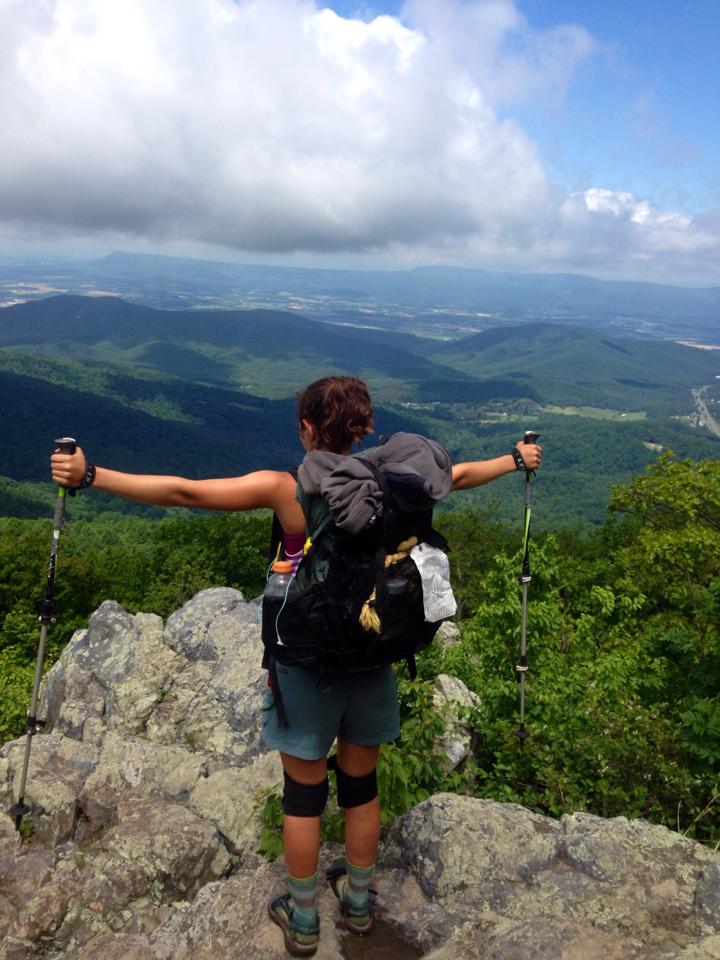 And that’s how I’ll end this update. Again, tomorrow we make our way back out to the mountains. I am oh-so excited to breathe fresh air and not care that I haven’t showered in days, but I am going to miss some of the comforts and options that city life provides. My mission for the next two months of this journey is to enjoy all the pieces of trail life that I know I’ll miss in the fall, when I’m back home finishing my last semester of undergrad.

I crave adventure like that gnawing, pit-of-your-stomach hunger. I fetishize simplicity; I am thru-hiking the Appalachian Trail for an excuse to be homeless, own only what I can carry, eat jars of PB, and do headstands atop mountains. My intended profession is writing, but I also like to rock climb, flail to live music, and get my daily dose of vitamin D. You can check out my blog at peakedcuriosity.com.