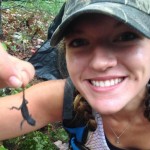 One of the biggest challenges for me before beginning my through hike was to decide on the core gear that I would carry. More specifically I was faced with the challenge as to the tent, bag and pack I would bring with me that could fit into a broke college kid’s budget. Would a clearance-rack bag from a discount outfitter fit my needs for the full 2,200 miles? What degree rating sleeping bag would I need? Should I switch to a lighter bag in the summer months or carry a liner in the cooler ones? Did I want to pay the big bucks for a popular ultralight tent or risk being rained out in a cheaper one-person?

All the research I’d put into making gear choices led to arguments in online forums with the same dead end answer: Hike your own hike. All in all I was able to find the happy medium in most cases: getting lighter gear without breaking the bank. I mean come on, if Earl Shaffer and Grandma Gatewood could live without the ultralight gear, so could I. (Many of the trail’s earlier pioneer’s gear is displayed in museums and outfitters along the way) 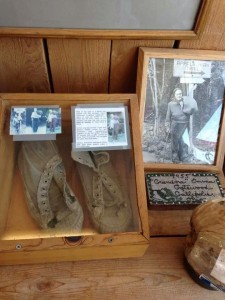 I’ve made my decisions and so far I’ve been very pleased with everything, nothing’s leaked yet and I’ve yet to make a single repair to my core gear even after 1100 miles. These are the items I chose that I am still carrying: 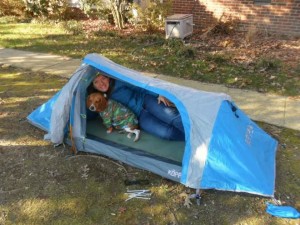 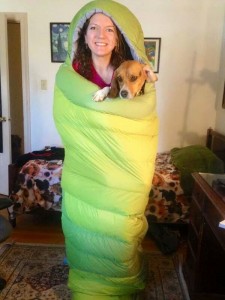 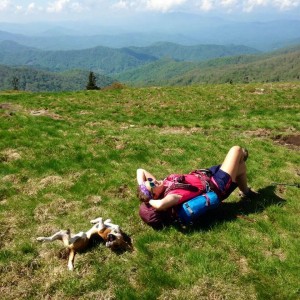 Now that I’ve said what works for me, let’s take a look at what other hikers are doing on the trail this year. The following information was collected from surveying over one hundred of this year’s (2014) through hikers.

Gregory Packs came in as a close second at 17% followed by Granite Gear 15%, REI 8% and GOLite 6%. The remaining 30% of hikers carried a wide variety of brands which includes homemade gear, external frames and modified pieces from other packs. The average size pack was about 65 liters. 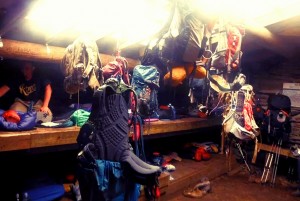 As it turns out I wasn’t the only hiker stressing over the tent issue. Surprisingly only 61% of hikers surveyed on the trail carried a tent. The remaining 39% was divided up into hammock campers (21%), tarp tenters (16%), and the 2% who didn’t carry anything and instead relied on staying in hostels and shelters.

Of the tenters, the most common brand of tent I encountered was Big Agnes (mainly the Fly Creek) but that was closely followed by MSR (Hubba Hubba being the most prevalent) and REI’s Quarter Dome. Everyone seemed happy with their choice but many people (regardless of brand) said they wish they had traded the extra few grams of weight they saved for the space of the two person model.

The majority of the tarp tenters switched to a tarp at some point along the trail and did not start with them. The biggest complaint with tarp tenters was the lack of protection from insects.

Of the hammock-ers, the most common brands seen were Hennessey and Eno. A few people switched between hammocks and tarps and tents for various reasons (to save weight, get more bug protection, etc). Keep in mind that these numbers only reflect what hikers carried with them and does not take into account how often they used the gear (versus staying in a shelter or cowboy camping). 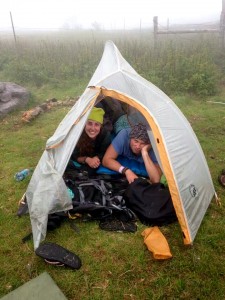 Here we saw the greatest diversity of the three gear articles surveyed. I found countless combinations on this subject: cold weather and warm weather bags were traded out, fancy thermal silk liners are used as were common bedsheets, quilts and thrift shop blankets. It really was a toss up as there are so many different brands and makes on the trail. The most common brands of actual sleeping bags I saw were Marmot, EMS, REI, RAB, Granite Gear, Eureka, Big Agnes, and Köppen. Many people sent bags home and picked up cheap fleece blankets from Goodwill for the warmer Summer months. There was no significant difference between genders and sleeping bag preferences. 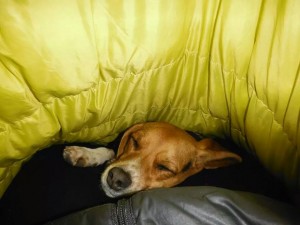 The best thing about the trail is that there really isn’t one correct way to hike it. You’ll see endless combinations of high end and homemade gear and a million different ways to use the same equipment.

The general consensus with gear is to use whatever works for you. Most gear companies are used to thru-hikers and can give you advice but it all comes down to your personal preference. Do you want a bivvy tent that you cannot sit up in to save the extra pounds or would you prefer a spacious tent with room for two? Are you a warm or cold sleeper? What can you handle? Whatever you choose bear in mind that things may need to be replaced along the way either because of preference, temperature, or wear and tear and if possible extra funds should be set aside accordingly. Just remember to hike your own hike and enjoy the ride!

Hey y'all, "Rodeo" here! I'm a 22 year old graduate from Virginia Tech, a crazed horse-chick, a dirty mountain hippie and a very bad singer. I'm big on the adventurer lifestyle and am hoping to find a career that combines conservation education, journalism, and my love of the outdoors. In 2013 I broke my spine in a rather nasty horse back riding accident and since then have been planning and plotting my 2014 AT Thru-Hike with my dog, Scout the Adventure Beagle. Our goal is to raise at least a dollar a mile while hiking across the Appalachian Trail ($2,200) for the Christopher and Dana Reeve Foundation and Spinal Cord Injury Research. We look forward to seeing y'all on the map! Happy Trails! Check out our adventure blog: Backwoods2outback.wordpress.com Donate: Christopherreeve.org/teamreeveallstars2014/trailmagic