Mesas and Canyons. Getting to Cuba; not that Cuba

Sitting in Cuba waiting for rain. About to hit the start of the snow and it feels like a wall. Trying to figure out what to do next while reflecting on the past month of trail and the past few years of trail life. Here’s how it’s all been going.

I had an amazingly relaxing zero day in Grants. It was really nice after three weeks of “go, go, go” to intentionally sit and do nothing but watch TV all day. It’s a nice reflection to understand that I don’t need that much to be happy. Just some warm, filling food, soft things to sit or lie on, and good company to cringe at Michael Scott with. Played some cards, had a wonderful feast at Taco Bell for dinner. I fell asleep watching Top Gun.

Woke up, resupplied at the Walmart, and packed my bag. The vortex was strong as I was the only one leaving that day. I overcame it and got out, went to the post office to pick up some new shoes. Met some hikers who had just gotten to Grants, then pushed out. 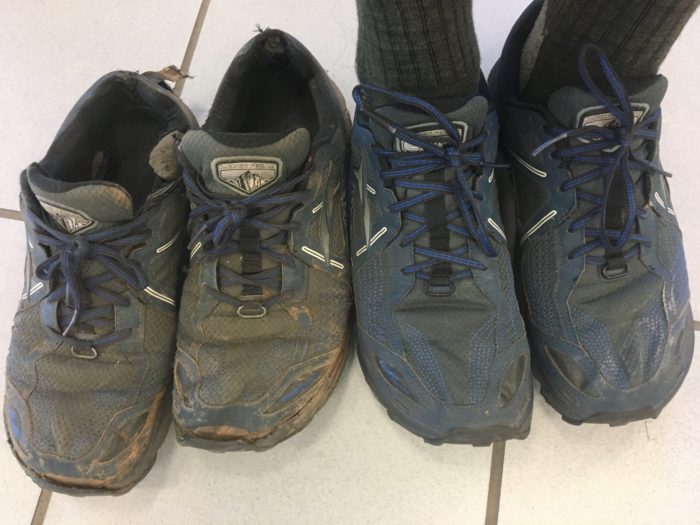 Had a six-mile asphalt road walk to a trailhead. Caught and hiked with a hiker named Human Torch to the trailhead where Smackdown and Doubledown met us. I met them at Trail Days but it was nice to get to know them all better.

Pushed up what was actually single-track trail. Got to a mesa where I could see Grants below me and walked on. Mount Taylor got closer and closer as I walked through some rain. Made it to a water cache where a father, son, son trio made a fire. Talked to the youngest one before pushing on. They were nice but I could use a night alone in the wilderness.

Woke up and started climbing. Got to the summit of Taylor and it was beautiful. Cooked a meal for breakfast and had a beer that I had packed out for the summit. Then pushed on. Had some snow on the descent before getting back into the sun and back on roads.

I had some trouble with the altitude. Felt light-headed so I slowed down and drank some water. Continued on a small uphill before the trail started to descend. Filled up water on a spring before pushing on.

Two motor bikers drove past and asked for directions. I felt irritation toward them as they were doing miles I was doing but being carried by machines. Added to that they were taking my hiking time and battery life to explain where they were. Got them found as best as I could with as much compassion as I could still muster and they pushed on.

Got back to the official trail as Mount Taylor is an alternate. Got to a nice site and decided to make a fire for myself. There isn’t a fire ban this year because of all the rain. I usually don’t have the energy to make a fire at the end of the day. I usually just make dinner and fall asleep. But I wanted the ritual to try to bring my self to the present. Something about fire feels so primal, almost universal. The wood has so much energy flowing through it that it combusts in creative destruction. The wood is destroyed, or changed, and a plasma is created. This plasma emits heat while dancing and moving in the air. It’s almost a representation of the sun, of heat, and movement and life energy. Fell asleep smelling of smoke.

Pushed along roads for most of the morning as Mount Taylor disappeared behind me. I was experiencing some anger that I think was tied to the roads. Something about already having done them, knowing what the miles were. Especially harder or more boring miles, and especially roads. 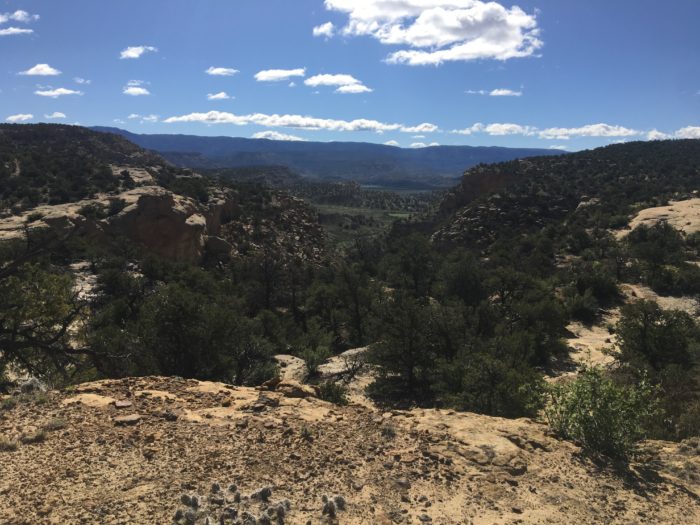 Got to a spring down in a canyon and brought six liters up as I was planning on dry camping, just camping without a water source nearby. Met TicTac climbing up as he was hiking down. He was going to stay there but I pushed on. Got to a viewpoint on a mesa where I had some dinner. Pushed a bit farther before settling down. The moon was a day or two away from being full so fell asleep under her bright gaze.

Got up and out early. Hiked a bit before reaching the end of the mesa and then started to descend with beautiful vistas. Got to a water source where I saw Human Torch and the Downs as they were heading out. Got water and then pushed along a canyon floor and climbed up the other side.

A lot of ups and downs as I walked across mesas and climbed up and down canyon walls of various sizes. It was a gorgeous section. It sometimes felt like I was walking through an art installation and then I was on another planet from Star Trek.

Made it to a water cache set up by the Trujillo family from Cuba. Filled water and had a snack. There was a sweet dog hanging around that I gave some tuna to. But I couldn’t spare the resources to save him so I pushed on; he had some water in a bowl there. Made it to an overlook where I made some dinner, then pushed on a bit before bedding down.

Woke up and pushed into town. Had 24 miles that I went almost uninterrupted. Stopped at a spring halfway there for water. Then got to a mesa that I climbed for some incredible views so I stopped a bit there as well. 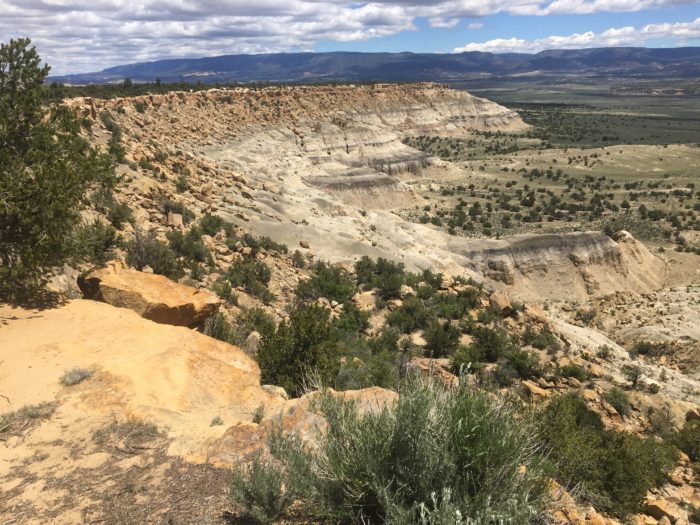 Got into Cuba in the afternoon and ate some food. Got a room at a motel where a bunch of other hikers were staying so I hung with them for the evening. Went to bed full, comfortable and happy.

I’m zeroing in Cuba today. There’s some weather coming in this week so it threw some uncertainty at me. We’re just about at the start of the snow and everyone is thinking of strategies. No one really know something what to do; some people are flipping up to Wyoming and then they’ll be back once the snow melts. I feel like there is a way north. But it feels like a major puzzle and all the pieces keep shifting. I just have to know and trust the way will open.