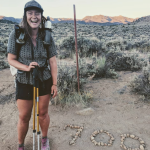 When Rowena Gatewood told her children she would be leaving to “go on a walk,” none of them were concerned. Their mother, a hardened and resilient woman, picker of tobacco, survivor of years of domestic violence, could take care of herself. She packed an Army blanket and a shower curtain into her homemade denim pack, laced up her Keds, and left her home in Ohio for the Appalachian Trail. She hiked up and over the AT’s 2,000+ miles, foraging for wild onions and feasting on Vienna sausages. In the fall of 1955, Rowena Gatewood, aka Grandma Gatewood, became the first known woman to thru-hike the Appalachian Trail. She was 67 years old.

When I sat down to talk to Jennifer Pharr Davis (JPD) about Grandma Gatewood as an icon of feminist, ultralight backpacking, she gently corrected me: “I would say Grandma Gatewood was a minimalist, not necessarily ultralight.” She packed only a few things, most of them homemade, but she was not concerned with weight as much as she was a product of her time—a farmer and wife at 19, a mother and grandmother. She took to the woods as a place of solace and silence in chaotic and violent moments in her marriage. The forests of Ohio comforted her— she didn’t need much else.

Perhaps JPD is right. Maybe Grandma Gatewood’s adventure lives outside the confines of ultralight (UL) backpacking. In many ways the UL world we know today, the one that embraces sawed-off toothbrushes and Dyneema tarp/tent/ponchos, is a branch of something more extreme.

Today ultralight backpacking has a reputation that precedes itself. Many of us who have hiked a long trail, when asked to describe an ultralight backpacker, might recall the following: “Most people think of a twentysomething dude with a tiny pack and even tinier shorts,” JPD said, “but that’s not where the industry is going and I think the community is a lot more inclusive than you might think—at least it’s beginning to trend that way.”

What Is Ultralight Backpacking? 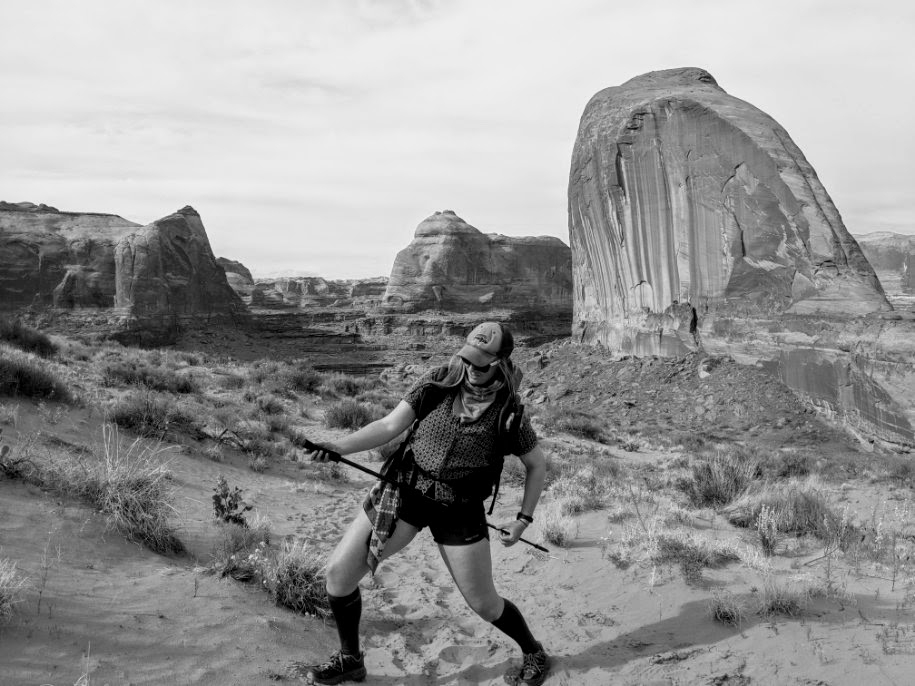 There is no official standard or metric to qualify as ultralight. Like many subgenres within the outdoor community, ultralight (UL) has entirely policed itself. When discussing backpacking, most of us refer to the base weight of our packs; that is, how much all of our gear weighs without consumables like food, water, and fuel. A standard lightweight setup typical weighs 15 pounds. Most people who qualify themselves as ultralight have a base weight of 10 pounds or less.

But UL is not necessarily simply buying the most expensive and lightweight gear; to many it is a right of passage, a dedication to a minimalist lifestyle—taking simply what is needed and leaving the rest behind. For others, having an ultralight pack means bigger miles, which can sometimes mean the difference between beating a narrow weather window or stopping just short of a monument.

The Origin of Ultralight

Many people credit Ray Jardine with the inception and execution of UL as we know it. Ray Jardine began his acclaim in the outdoors in Yosemite National Park. There, he and his partner, Bill Price, became the first men to free climb the West Face of El Capitan in 1979. In 1991 he wrote the PCT Hikers Handbook, the initial tome that introduced lightweight backpacking to the outdoor community. What Grandma Gatewood did for simplicity and gumption, Ray Jardine did for precision and performance. He took many of the philosophies used in big-wall climbs, combined it with an affinity for modifying his own gear, and a beautiful bastard—swaddled in sil-nylon—was born.  His book led to a movement that included lighter gear to yield longer days, faster miles, and shorter thru-hikes.

Women in the Ultralight World 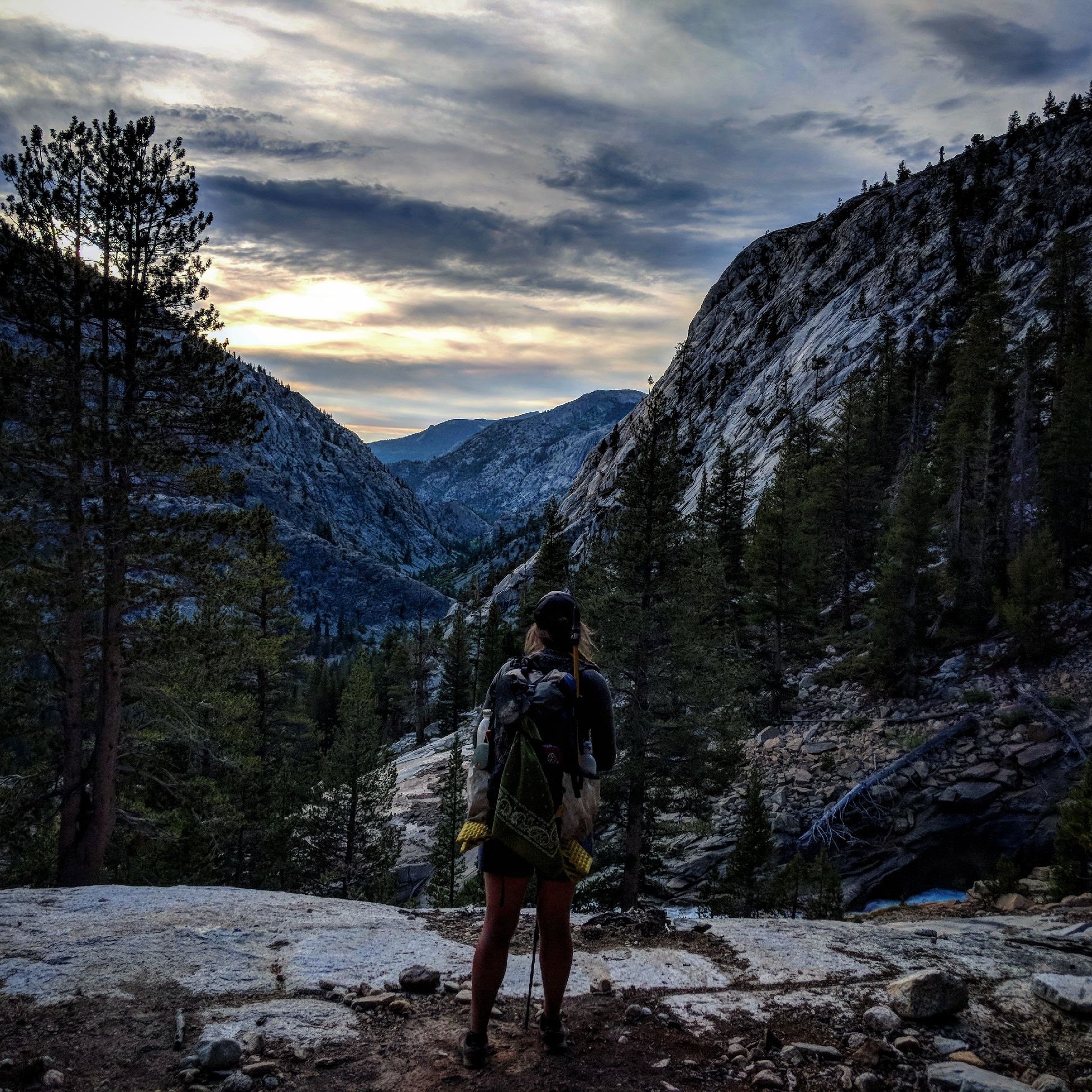 Very little data exists on women’s participation in ultralight backpacking versus backpacking in general. An annual survey by The Trek found that in 2018 and 2019, women comprised approximately 39-44% of individuals attempting and/or completing a thru-hike (the survey polled 310 people in 2018 and 365 in 2019). A 2007 study, conducted by the University of Minnesota, found that about 26% of people attempting to thru-hike the AT were women. Therefore, it is safe to presume that women’s presence in thru-hiking is growing.

In 2016, a similar study by the Trek found that in a sample size of 187 AT thru-hikers, the average base weight was 22 pounds. Approximately less than a quarter of these participants qualified as UL. Mark Benson, the founder of Waymark Gear Company, a cottage ultralight company based out of Salt Lake City, took a snapshot of his most recent sales. “It’s hard to estimate overall, but out of 100 customers I sent to, 27 were women.” This is all to say that women are underrepresented in the UL backpacking community.

Elevating the Presence of Women in the Ultralight Community 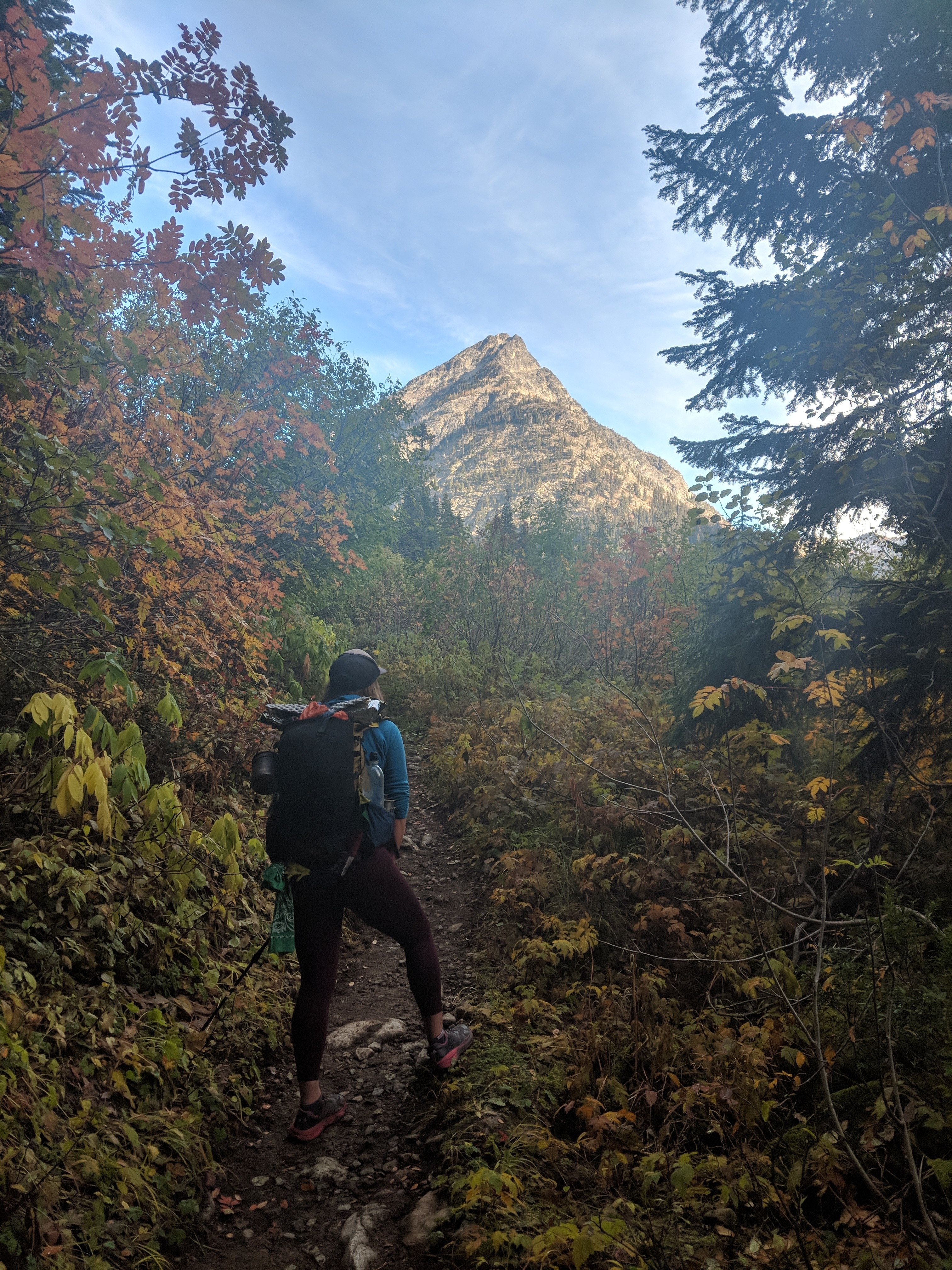 “There seems to be a miscommunication, that UL just means driving up miles but what it can mean is including so many more people.” JPD began our conversation talking about conceptions of UL as exclusive and elitist—we both had several stories of our gender and gender expression being an issue in the wider outdoor community. Somewhere, the conversation shifted and we began exploring how choosing to hike ultralight might actually bring more people into the outdoors.

“Think about it: the elderly, women (who are typically smaller), pregnant women, artists who want to bring journals or painting material or their cameras; the lighter your pack, the less wear and tear on your body.”

There’s an unfortunate narrative in the outdoor community. It goes a little something like: if you’re a woman who takes your sport seriously, you have to outperform your male counterpart, without complaining, with an Instagram-worthy style and grace. “When women give birth, there’s ways to do it without pain and discomfort. Women are chronically prone to suffering,” JPD observed. “We don’t recognize the options that we have to make our lives easier.” 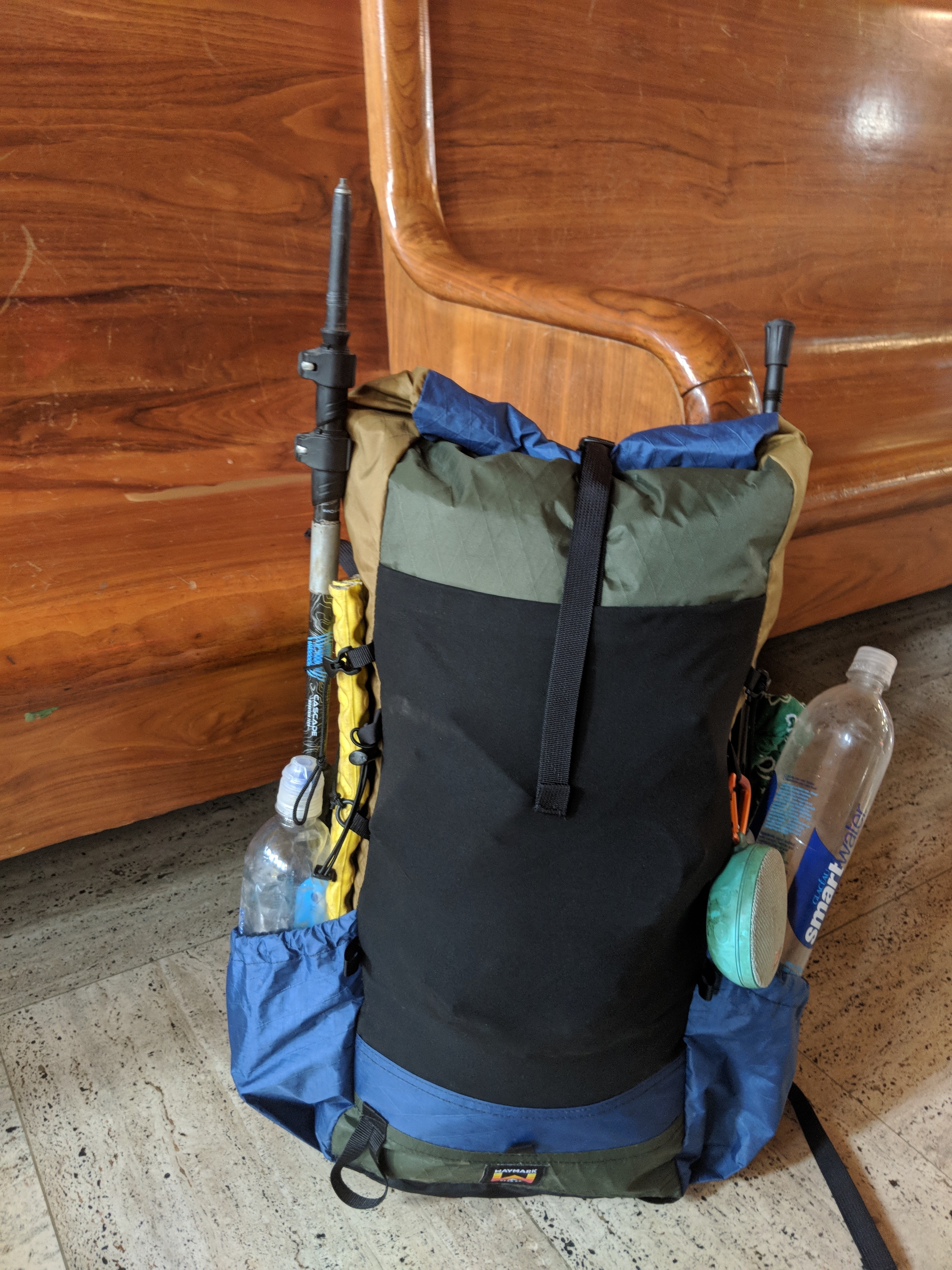 There are companies, many created and led by women, who are stepping up to cater to a burgeoning female clientele. Purple Rain Adventure Skirts, based out of Oregon, provides an airy alternative to gym shorts or hiking pants. Products like the Shewee and Diva Cup offer women more diverse, sustainable, and lightweight methods of vaginal hygiene. The Blue Ridge Hiking Company (Asheville, North Carolina), owned by JPD, offers beginner courses and courses specifically designed to include women, people of color, and folks in the LGBTQAI community.

As more people take to the trail, I’m calling for a quieter, less extreme version of ultralight. Women today are more likely to backpack and thru-hike and climb and paddle and they’re more likely to want to care for their bodies. The rhythm of the trail is female and she calls for the footsteps of sisters. After all, “Ultralight is just another way to enjoy the world.”