Going Pharr as a Phemale: Gender Equality on the AT

In the summer of 2013, I thru hiked the Appalachian Trail with my boyfriend, Mark. We make a pretty good team. When I abandoned him to spend six months working and living on the Pacific Crest Trail we wrote each other a letter every day, mailing them in giant misshapen bundles that were subjected to great speculation by post office security. We managed to stay together through two cross-country road trips, multiple job changes, and years of my 4AM work schedule. We even met each other’s families. Reasonably assuming we could weather any storm together, we began a 2200-mile hike. 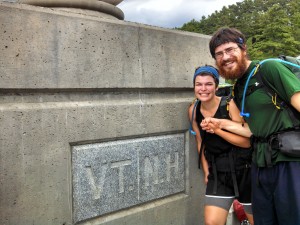 Mark and I finally reaching our home state.

I should explain my background. The trail crew I was a part of had intentionally hired equal numbers of men and women, and I found that the women who joined were often even hardier than the men, perhaps because they felt like they had to fight, or overcompensate, to be in a physical job like that. In addition, my job at home was in a fast-paced, occasionally crass, almost entirely female kitchen. I hadn’t really thought about it, but I was accustomed in my professional life to working with strong, powerful women and acquiescing, mild-mannered men. So when I left the urban NorthEast and stepped off the bus in rural Georgia, I became quickly aware that things had shifted.

Sometimes, men would make eye contact only with Mark while they talked to both of us, or offer more help to me, or even ask Mark questions about me as if he were my handler instead of my partner. I began to feel like there was a certain distrust of women in outdoor endeavors that masqueraded as chivalry. On our first night, for instance, we had one man tell us matter-of-factly that ‘most women couldn’t handle the trail.’

“I see you brought your pack horse here, though, so I guess you’ll just make him carry all the weight.” He gestured to Mark, my 6 foot 3 inch hiking partner whose Slovakian heritage tended to make him look out of place in his office cubicle.

“Actually,” Mark said while I quietly seethed, “Maggie has more experience backpacking, so she’ll be carrying more weight for the first few weeks until I adjust.”

Our fellow hiker, leering at him out of the side of his eye, looked much like I suspect Teddy Roosevelt did when he famously stated that he could ‘carve a better man out of a banana.’

This was the first time – but unfortunately not the last – that I would come to understand people expected less of me on the Appalachian Trail because I was a woman.

The reality, though, is that nearly a third of the Appalachian Trail Thru Hikers this past year were women. Women are appearing in the woods in record numbers, sporting hairy legs, a keen ingenuity, and an amazing endurance. They are breaking other records as well. People have undoubtedly heard of Jennifer Pharr Davis and her 46 day record for the fastest supported thru hike of the AT. 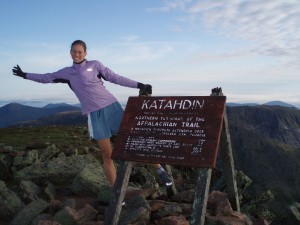 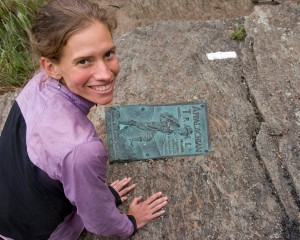 Despite this fact, I have heard men on trail spout the disclaimer “well, being supported by her husband is hardly hiking the AT.” I can’t imagine ever saying “a marathon hardly counts when there are helpers handing out water and food.” In what other pursuit does rejecting additional difficulty negate the accomplishment of the original goal? Suddenly, ‘supported hiking’ is under attack for its validity. It seems like the addition of a woman to the annals of speed-hiker fame has served to detract from the esteem of the category that she hiked in rather than add to respect for women as athletes.

This is hardly a new phenomenon; it is a pattern that we seem to be doomed to repeat. There will always be a temptation to tear down the strongest people in our society because we interpret their success as an offense to our own inadequacy. What a beautiful world we would live in if the men who wanted to challenge the new speed record on the AT were willing to risk losing to a strong, resilient competitor who also happens to be a woman. 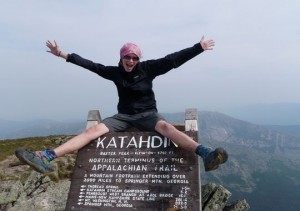 Did I mention that the youngest Triple Crowner was a girl? 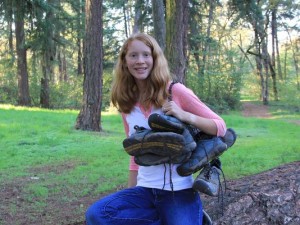 Interestingly enough, the unsupported record for the PCT belongs to a woman – Heather ‘Anish’ Anderson, who hiked the PCT in 60 days the same year that I crawled along the AT in six months. Even more impressive, she was only one day, 9 hours behind Josh Garrett’s record – also set in 2013 – for the fastest supported thru-hike (and she blew the previous unsupported thru-hiking record out of the water by four days). 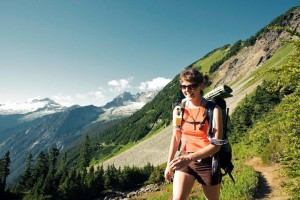 I have always wondered what the handful of disparaging male hikers I met in the summer of 2013 would say now about Anish and her unsupported PCT record. Would the tables turn? Would they admit awe and appreciation? Or would they argue that “Josh did it faster?”

Just to be clear, every person who has attempted – and especially, who has succeeded at – any thru-hiking record is an incredible human being and far above my personal powers of comprehension. I’m not trying to reclaim respect for women by putting down men’s accomplishments. I can’t even imagine saying, “well, if I was supported the way Josh was, I could hike the PCT in 59 days.”

I couldn’t hike the PCT in 59 days if I had magical powers and a unicorn with a saddle. 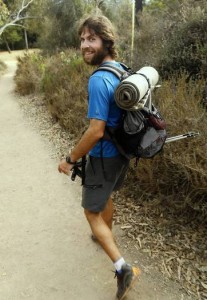 The words of a few should never speak to general opinions. The hiking community, as a whole, is extremely equal opportunity. I’ve actually felt more included and accepted on the trail than in most areas of life. These complaints might sound petty and pedantic, but they refer to the dark corners of a culture that still exists even in America – one in which women are second-class citizens. These attitudes might be considered outdated, old-fashioned, or completely obsolete, but I can assure you that they are not yet. There are still new waves of anti-feminism. There are online forums that disparage women. There are organizations that support conservation who still prefer to hire men over women. Even in the most powerful nation in the world, misogyny remains systemic.

Feminism isn’t trying to say that women are better than men; It’s about equality. It’s about any person, regardless of their background, being able to make it from Springer to Katahdin. 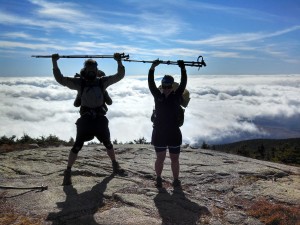 This is true: the men I met on trail who were respectful and conscientious far outweighed the men I’m complaining about. The close, platonic friendships I developed with several of them helped me to mentally survive hard times on the trail.

The experience of hiking the AT with friends of both gender and with Mark, who I have since married, gave me a lot more appreciation for those trail legends – Pharr Davis, Anish, Josh Garrett, and Matthew Kirk, who holds the unsupported record for the fastest AT hike. In order to keep their demanding pace, they had to sacrifice the companionship of others. One of the greatest and most overlooked challenges speed-hikers face is loneliness. 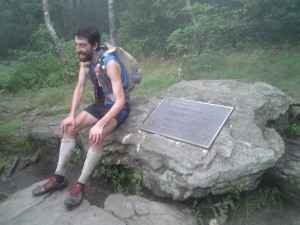 Although the physical support Pharr Davis’ husband gave her was enormously important, I can’t shake the feeling that the emotional support he gave her was probably even more essential to her success; that having another human being to talk to at the end of the day might have made the difference between succeeding and falling short of her goal. 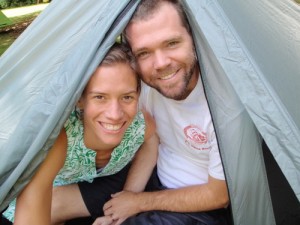 Before anyone can criticize a record holder, they should consider that no athlete is an island; every strong person succeeds because of a combination of internal ability and external support, and the latter does not detract from the former, but rather helps it to be the most it can be.

This makes me ask myself the difficult question: could I have done this without Mark? It was a popular topic between us while we marched through green tunnels – especially after he did become a stronger hiker and carry more weight than me. We have both wondered if we could have accomplished what we did alone. I think back to all the times that one of us had to play the strong person to compensate for the other one’s weakness.

But then I realize that we didn’t support each other by leaning against one another; rather, I liken my six months with Mark to being on a see-saw. It was a constant balancing act between two people attached by a common goal – and we never let each other touch the ground. 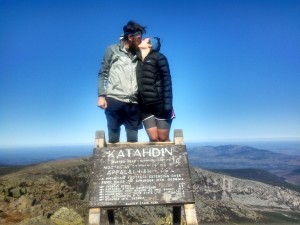