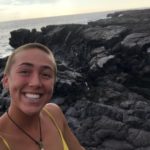 Diving into the Sierras

With the absence of a recent blog, it may seem like I have dropped off the face of the Earth, but really I have deeply dived in. I have been hiking in the Sierra Mountains for the past month where I have had little access to service (along with a few phone battery issues), therefore I am now reflecting back on these transformative weeks.

During the heatwave that struck the west coast, I made the choice to skip over the Mojave section of the desert and to return to this part of the trail when degrees were not spiking up to 114 degrees. With this jump ahead I felt a freeness too, a release of needing to stick to an exactness. I came out to the PCT to connect with nature, to tap into myself, and to form powerful friendships, not to be hung up on mileage. 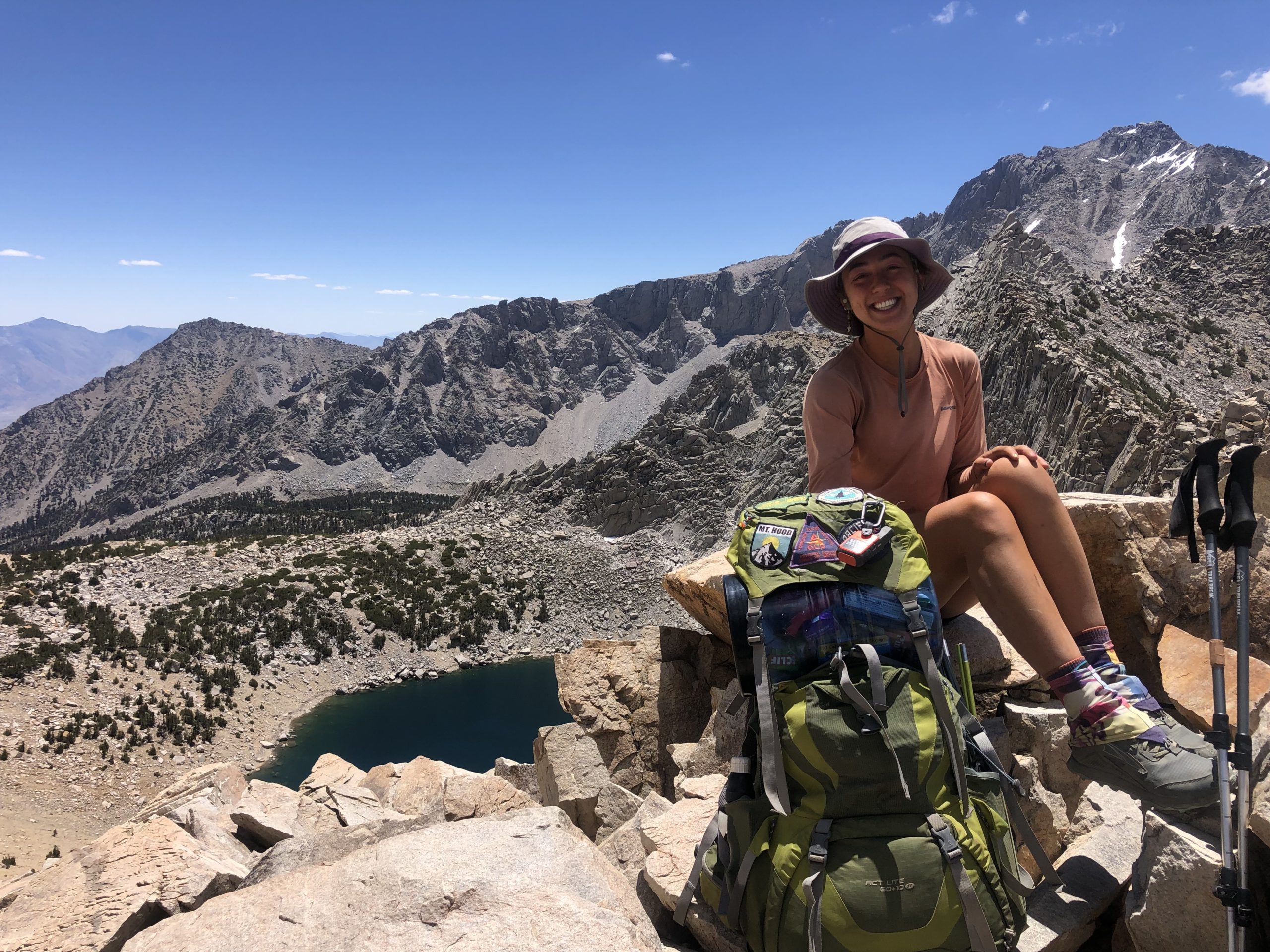 Kennedy Meadows marks the beginning of the Sierras and after a 24hour hitchhiking journey with a friend, I was welcomed to this new space with the most incredible gift: rain. And there I was, in my single grimy hiking outfit and hole-ridden shoes dancing, soaking myself with arms outstretched to the sky. Living minimally has expanded my appreciation of things that I once took for granted (being from Portland rain is nearly as common as the air itself), and hiking over 400miles in the desert during a year of drought turned that first rain into a magical elixir.

I set off on the trail again alone. I enjoy the solitude and the chance to fill on the sounds and smells of nature uninterrupted but for my own breath and footfall. Soon I became small, a dot of weathered pink sleeves and a bulky bear canister bearing green backpack trekking up mountainsides. Butterflies, singing creeks and wildflowers became the storytellers of the trail, the whispers of life weaving among the sound of my shoes imprinting on dirt. As the landscape became lusher, I became barer, jumping daily into alpine lakes and embracing the tradition of hiking naked to celebrate the summer solstice. There is so much free energy embodied by those who are comfortable in their natural state! 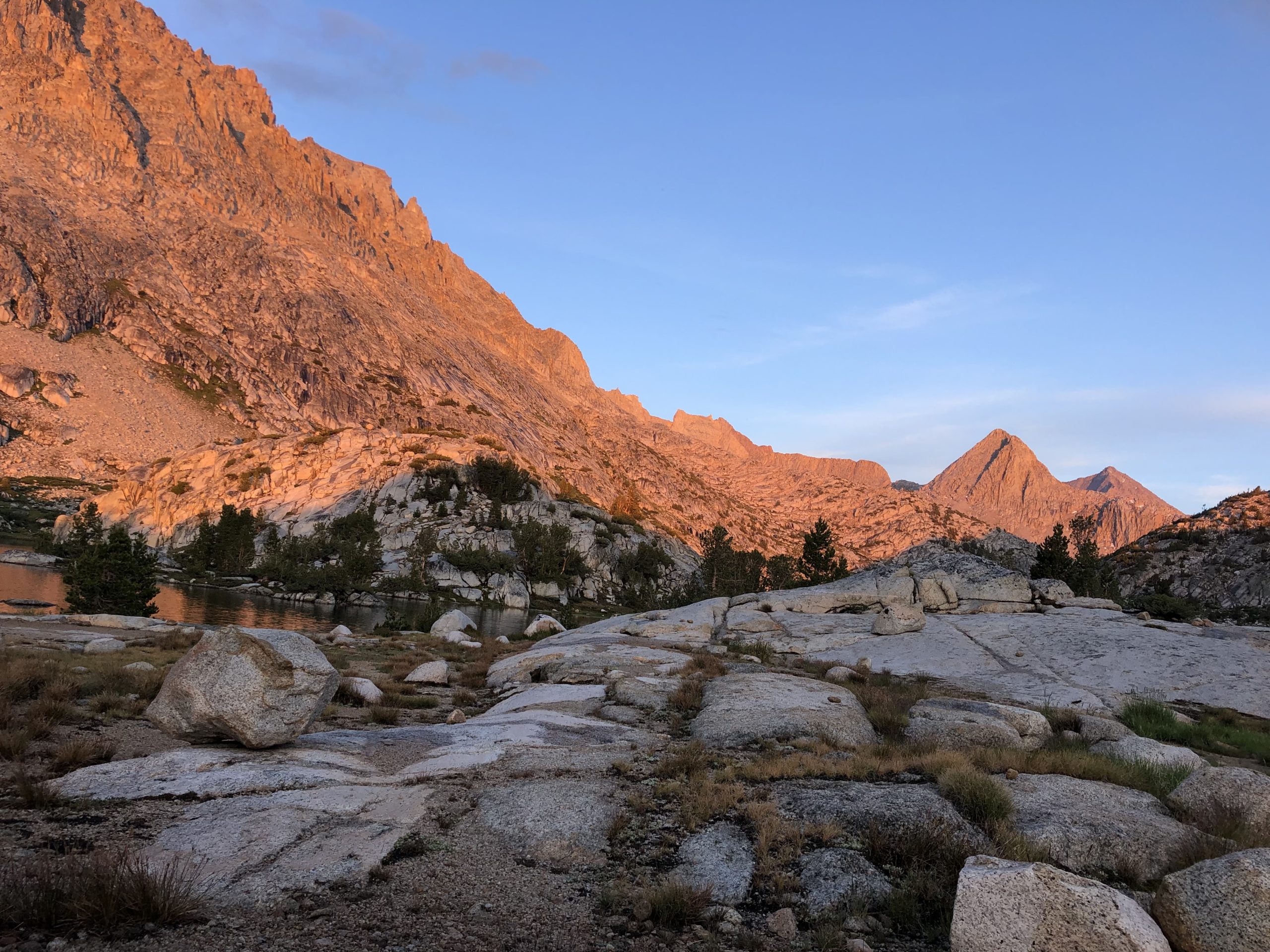 Pressing my way deeper into the mountains I came to the junction for Mt. Whitney, the tallest peak in the continental U.S. at 14,508 feet. I made the detour to the summit and it was the hardest physical task I have ever undertaken. In great part, this was because I decided to arrive for sunrise. This meant leaving camp at midnight and hiking up 4,000 feet of elevation by 5 am with blisteringly cold winds whipping at my exposed legs and contending with unforeseen altitude sickness. I became so cold and sick to my stomach I sat down and began to sob. I was ready to turn around less than two miles from the peak. Thankfully the two friends I was hiking with helped me get warm and together we slowly picked our way over rocks and through winds to watch the sun bleed yellow onto the expansive canvas of the morning sky. It was terrifying. Amazing. Unreal. And yet there could be nothing more real than rising with the sun, a team of light atop the world. 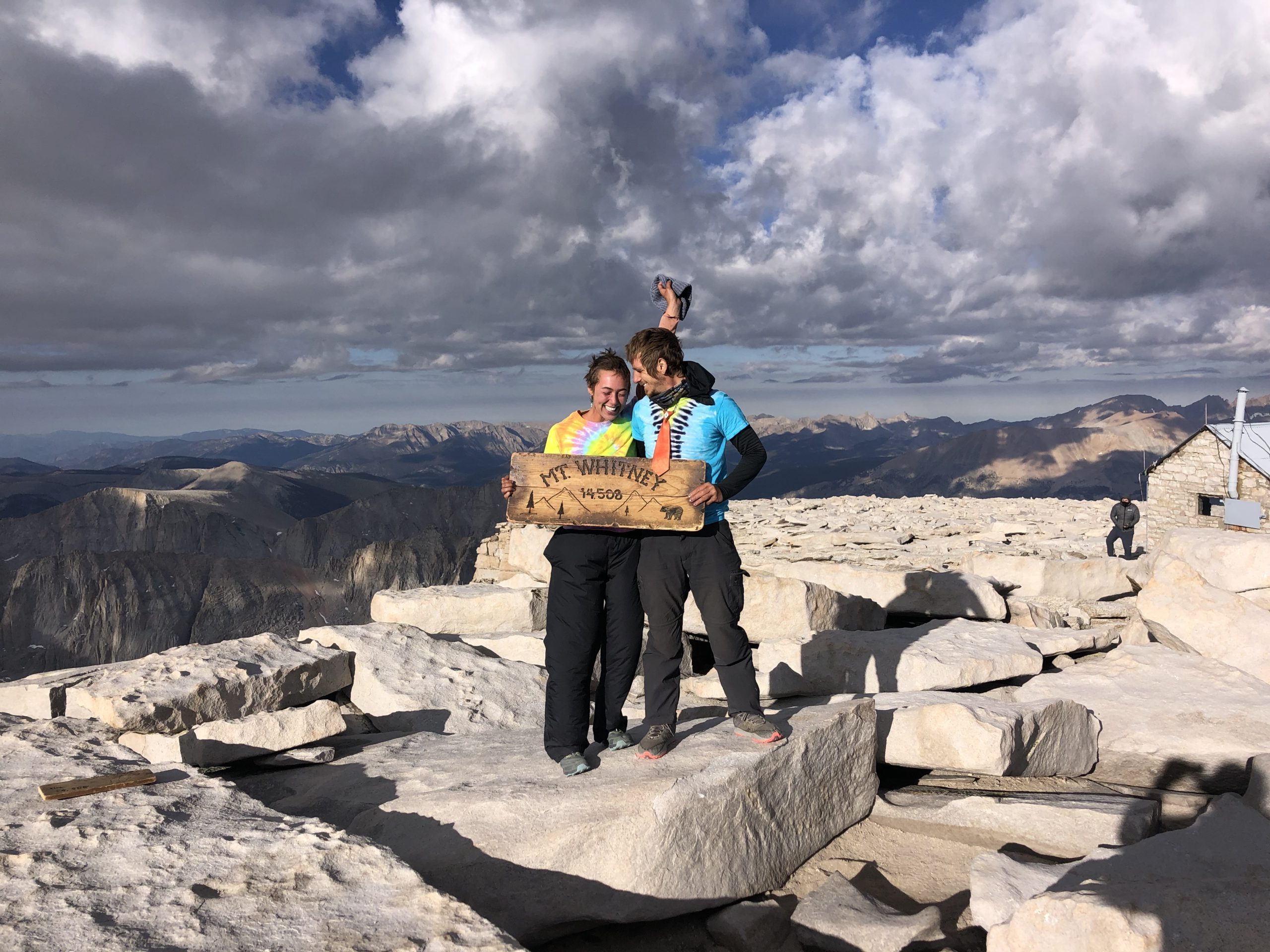 After Mt. Whitney, I felt I could do it all, but my confidence still didn’t negate the challenge of all the following mountain passes. First Forester, the tallest point on the PCT, and then almost every day after that for two weeks I was zig-zagging my way up one mountain, back down, and on to the next through Sequoia and Kings Canyon National Parks and other wilderness areas. It became a rhythm of sweat and stamina, incredible views, and panting breaths. My days were patterned with swimming and singing, cursing the challenge and feeling my legs strengthen, gaining and gaining and gaining elevation.

To intensify the ruggedness of it all there were four consecutive days of thunderstorms. Those days were wild with downpour and lightning, yet also soothing in their predictability. Every early afternoon as the sky’s darkness deepened, layered itself in the promise of breaking open, I would look for cover, rest while the sky collapsed, then hiked in the air made afresh. These restful afternoons allowed me to slow down, to sometimes shelter with others, and make new friendships. It was electric and tranquil, revealing the extremes of living in the outdoors. 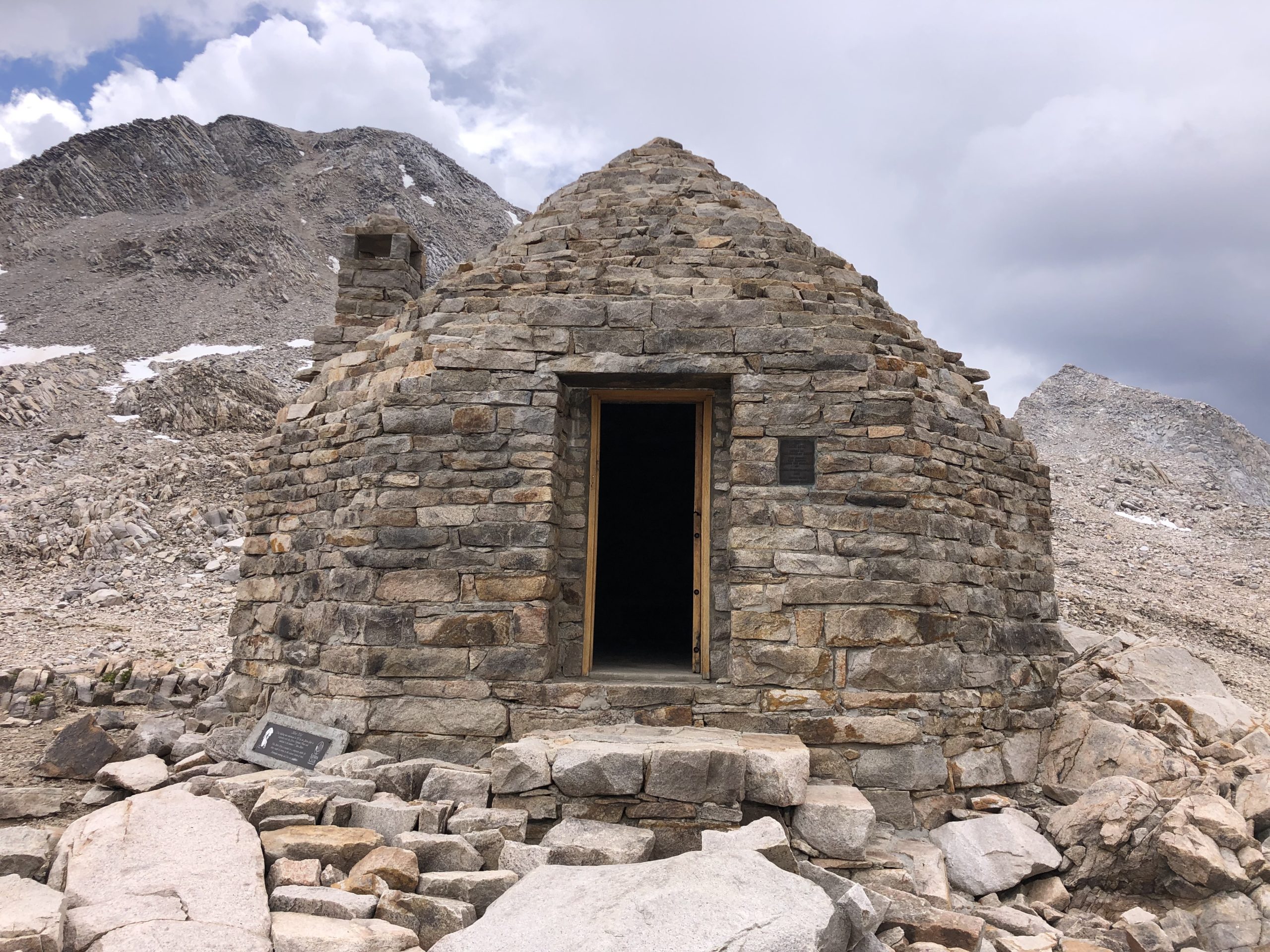 An extended time doing anything creates routine. Even a two-month-long adventure became what I just called life. The stars are just as juicy in the night sky and the mountains still catch the rosy cast of sunsets with the same lure but I know them now. These sights are not mystical in the same way I first found them; they are more like a favorite pair of jeans of which I have grown fond over time. I have grown close to this wildness because I wear the dirt and wild colors like a slim fit, stitched myself to the rawness.

I was hiking somewhere between 15-20 miles each day. I didn’t want to rush through beauty. I made time for breaks to paint, read and meditate. Islands peaking out of lakes called for swimming and exploration, meadows asked to be twirled upon, and waterfalls became a form of natural massage. 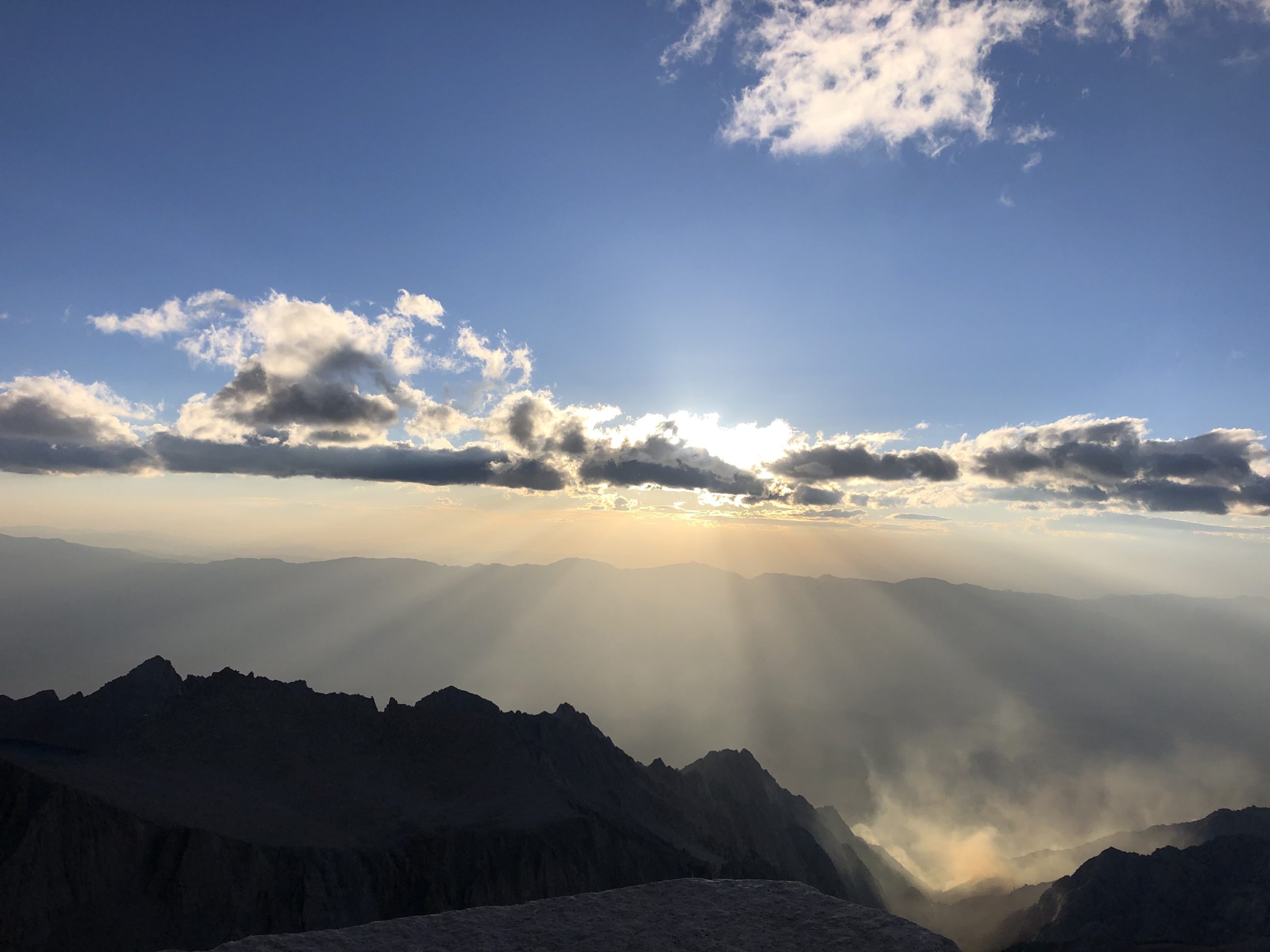 The mountains and valleys are filled with so many colors, even embedded in the path. It is easy to be busy in the act of walking to overlook the little beauties but a hiker ahead of me began making lines of rainbow rocks on the side of the trail. I was bewildered to see the radiant colors, was the trail not tan, gray, and brown? But lo and behold I began searching to make my own chakra lines to symbolize the energetic centers of the body and I too found so many incredible rocks. This small act reminded me to look closely, to really breathe in the present, and to stay curious despite having formed a routine within a grand adventure. There are so many little beautiful things to behold. 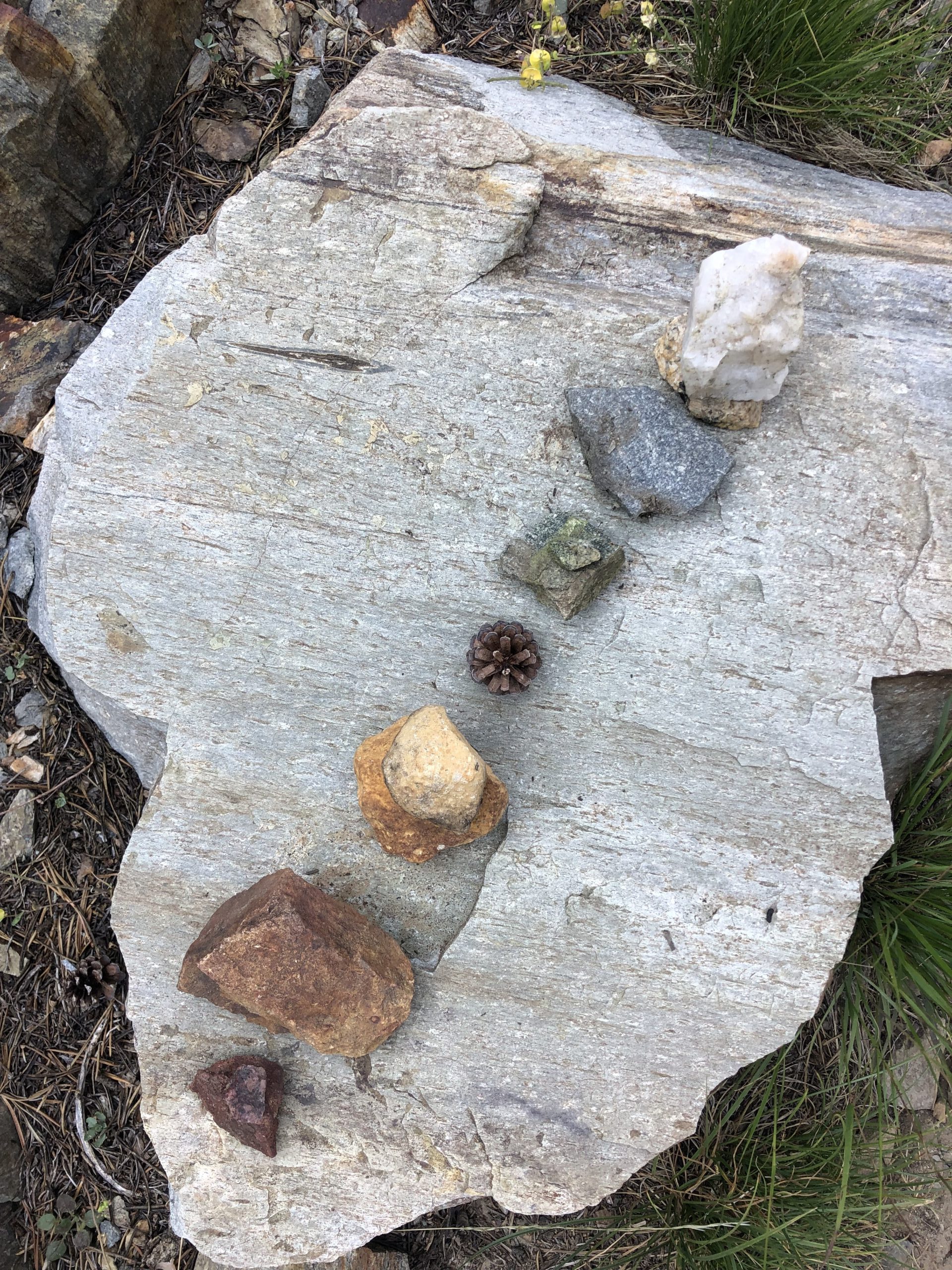 Hello! I am an avid adventuress, lover of alliterations and soon to be PCT hiker starting May 10. Nature fuels my zest for life and after dreaming of the PCT since I was 15, I am ready to be humbled by steep mountains, scrapes, bruises, and miles and miles of something larger than myself.