High Hills of the Santee Passage

It was pretty quiet in the campground this morning as I packed up my stuff and left. I ensured I filled both bottles and then started down the road to the Ranger Station. I ended up catching a guy walking his dogs and we had a nice conversation for his morning stroll.

The first part of this Passage is on the South side of Poinsett State Park. It’s four miles of twists and turns before you get to Manchester State Forest. This Passage is an 11 mile section and today is just hot. As I get closer to the coast it’s getting into the 80s. Most of the trail is moving through pine trees but sometimes it is in the open and that’s when you feel the heat. 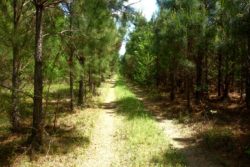 This Passage also goes through some old coastal region. The trail is mostly sand and honestly, it’s just hard to walk through. Add in the heat and my imagination of a beach just around the corner made this section pretty hard mentally.

At one point I hit a huge logging area where everything was just gone. Had to look for markers like you look for cairns in alpine zones. It might have been a little confusing but I was able to get through it and back into some trees. 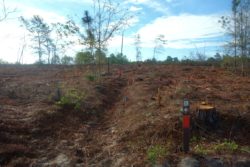 The Passage ends when you get to a huge campground area. At one time it was run by a family but I ran into someone who says it’s County owned now. There were 4 groups of people here all of them with horses. I stopped here for a snack and filled up with water then continued onto the Lake Marion Passage.

I do recall from the last book I read that this was the area that Gen. Greene would bivouac during the Revolutionary War. This was a good section. Just be aware it’s pretty open to the sun, today was a tough day because of that.

After passing the Mill Creek County Park, which is the large campground, I ran into 4 dogs. They were friendly enough and thier owner was on a dock at a pond taking old film photographs. I stopped here to chat about the trail that he seemed quite familiar with. After this visit I went up to the kiosk where a pavilion was around the bend and stopped to have lunch. 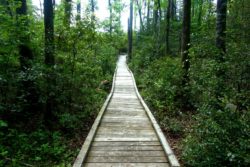 The next few miles was pretty nice in the woods, I was excited to hit a grocery store coming up for possible ice cream and soda. The trail then connected to a road that I would take all the way to Sparkleberry Landing. Unfortunately for me the store was closed, I forgot it was Easter Sunday.

Sparkleberry Landing was a nice area for people to load boats into the swamp of the same name. I stopped here to fill up with water and ran into a couple who were going kayaking. We chatted about our own adventures. They gave me some info on the trail ahead. 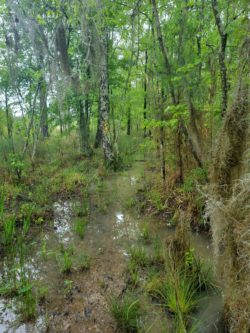 My spot tonight will be a primitive site just North of Packs Landing. It was a great spot to set up. I’m not sure if people knew I was there but watching boaters and kayakers glide along the water was pretty impressive. Sometime in the evening I awoke to footsteps approaching me. I initially thought it was a drunk person because of how random the steps were in the dry leaves. Whatever it was came right up to the tent and ran into the tarp. I turned on my headlamp and yelled out which turned into a few seconds of just awkward silence, then it just walked away. I went back to sleep.

The following morning is raining. The weather looks as if it will rain all morning and then clear up in the afternoon. I make a quick pickup to try and minimize everything else getting wet and make my way to Packs Landing that is only a mile away. This is a boating dock area where people can take thier boats out on the lake. I get a couple sandwiches, a soda, and a coffee and hang out a bit while it pours outside. The owner was very accommodating and we ended up talking for about 1/2 hour. Leaving Packs Landing is a road walk for a few miles. There is a detour along this route but the guy I was talking too said that the bridge that was washed out is now fixed. So I continue on down the road and do see that the bridge is closed off to vehicles, but it is indeed almost complete. Easy for a pedestrian to get across. 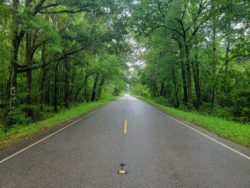 The road continues for about 3 miles until you get to the Hickory Top Waterfowl Management Area. Then you are back into the woods and swamp. This area will be the first time on trail I run into wild pigs.  Two seperate groups, both groups ran off, so no pictures available. It is like this for almost 5 miles until you get to the Carolina King Marina. I was going to stay here for the night but it’s only 12:00. So I continue down the trail which has now turned into a paved road once again. This section is alot of road then trail then road. The rain has now stopped and I take off my rainsuit and attempt to dry out a little bit.

The end of this Passage is to take a 2 mile bridge over Lake Marion. One bridge is I-95 which you cannot walk on. The other bridge is highway 301 which is closed due to structural damage. I am very tired by this point because it’s already over 20 miles today. But my phone service was crap at a gas station and the attendant was not very friendly in talking. With the city of Santee on the otherside of the bridge I decided to just get there tonight. It turns out that the bridge is really cool. The Northern end is now overgrown with vegetation giving it a post-apocalyptic feel to it. As I continue to move out over the lake the wind picks up. The last half mile the bridge rises, I’m guessing for boats to get under providing a beautiful view of the area. 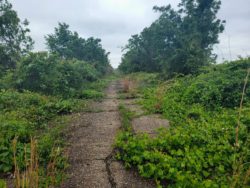 Getting into Santee was so nice I decided to spend three nights here. My feet hurt so bad between the long mileage, wet weather, and road walking. This break felt good to rest and just veg, for a time. This will be my last city before hitting the coast. The completion of this trail is getting real.