The life of a thru-hiker is intriguing for those who haven’t experienced it for themselves. To live out of a backpack for months in the woods is something most of us can’t imagine. California-based photographer Andrew Burns, a photographer based out of California, has developed a self-professed “obsession” with the thru-hiking culture—specifically the thru-hikers making their way along the Pacific Crest Trail.

After discovering this subculture of individuals, Burns found himself making trips to the PCT to not only interact with and offer trail magic to hikers, but to work on a new portrait series: The PCT People Project. He can be found setting up trail magic along the PCT and after feeding the smelly, dirty hikers, he develops a rapport with each of them, finds out their story, and (with permission) takes their portrait.

Taking it one step further, Andrew is developing a book of the portraits. To help with the cost of printing, he has started a Kickstarter campaign. More information can be found in the attached press release, and be sure to check out Andrew’s Instagram where examples of his photography can be found. His Kickstarter can be found here.

“This book is for anyone that has a perpetual desire to see what lies beyond the next horizon. For adventurers, wanderlusts, and sojourners. This book is about a shared experience of traveling by foot, three miles an hour, through some of the most beautiful and isolated parts of the American West. This book is for everyone that finds comfort and peace in walking along a dirt path.” – Andrew Burns 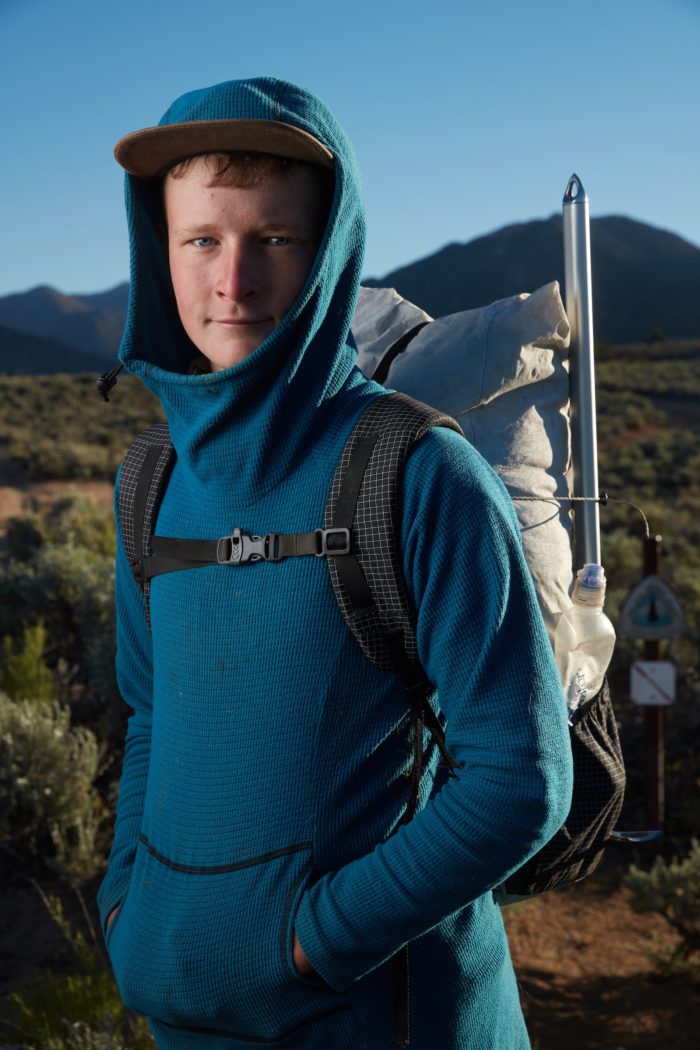 Kids Menu (15 years old) is solo hiking the PCT. He is an AT alum, completing the trail in its entirety at 13 with his mother. His extraordinarily low base weight (five pounds) is carried in a pack he designed and created. And if that isn’t amazing enough, he owns his own backpacking company, Little River Packs. His portrait was taken just after dawn as he left Kennedy Meadows to hike north into the High Sierra Nevada Mountains. 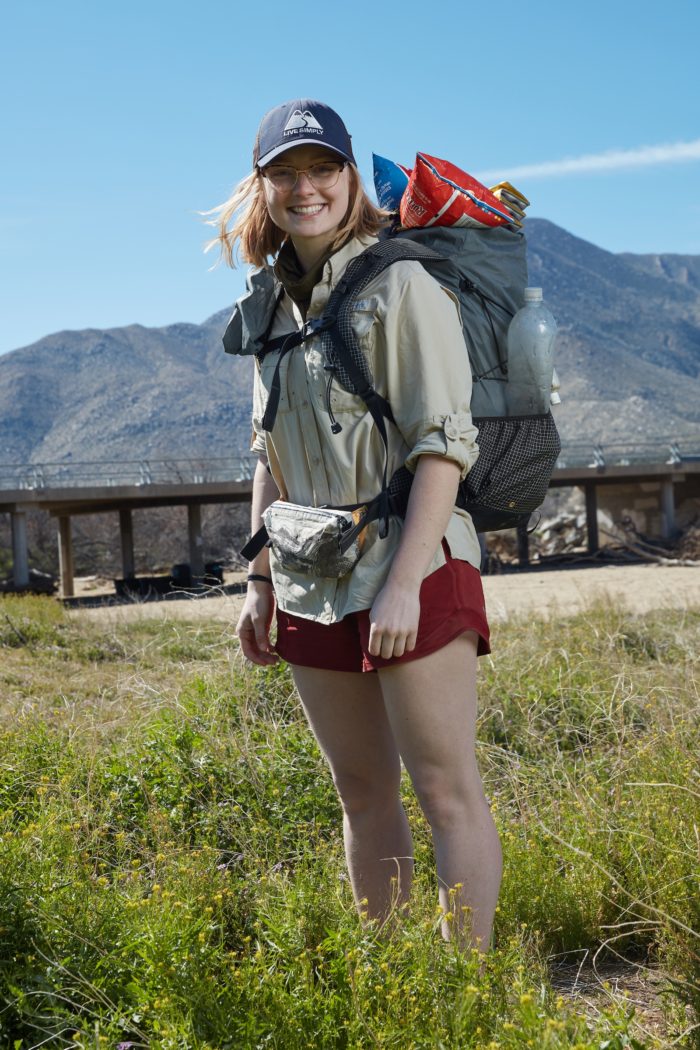 Prior to setting off an an adventure of a different kind (graduate school), Rabbit makes her trek to the Canadian border with a large trail family. She is seen here after hitching in from Julian, at Scissors Crossing. 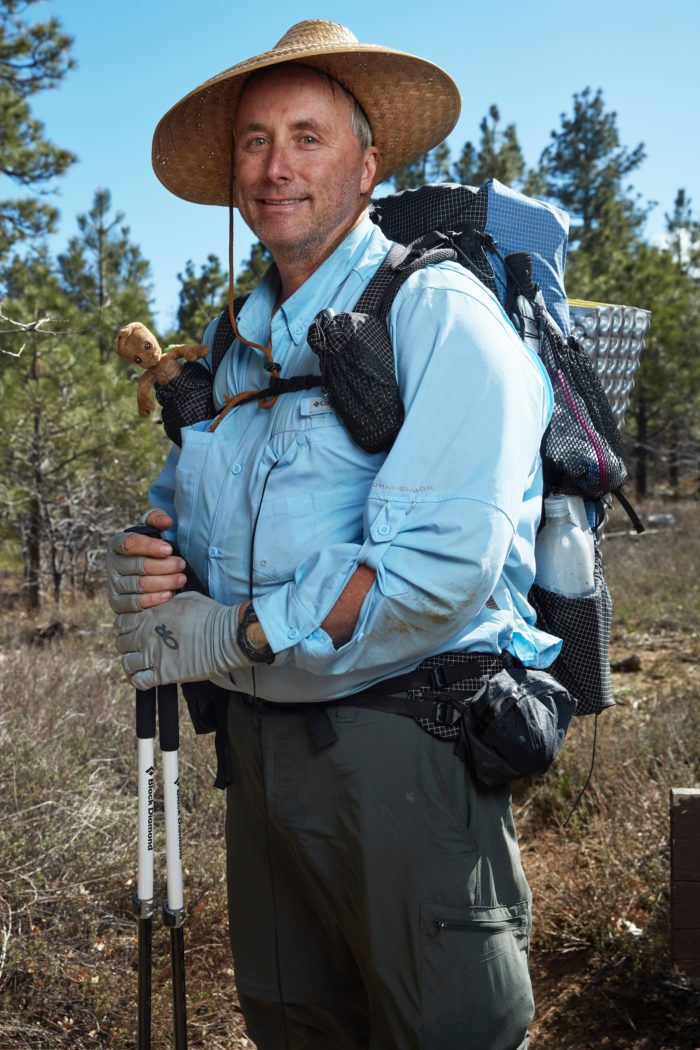 Groot, a recently retired Orange County sheriff, has been wanting to hike the PCT for years and has finally been able to make that dream a reality. 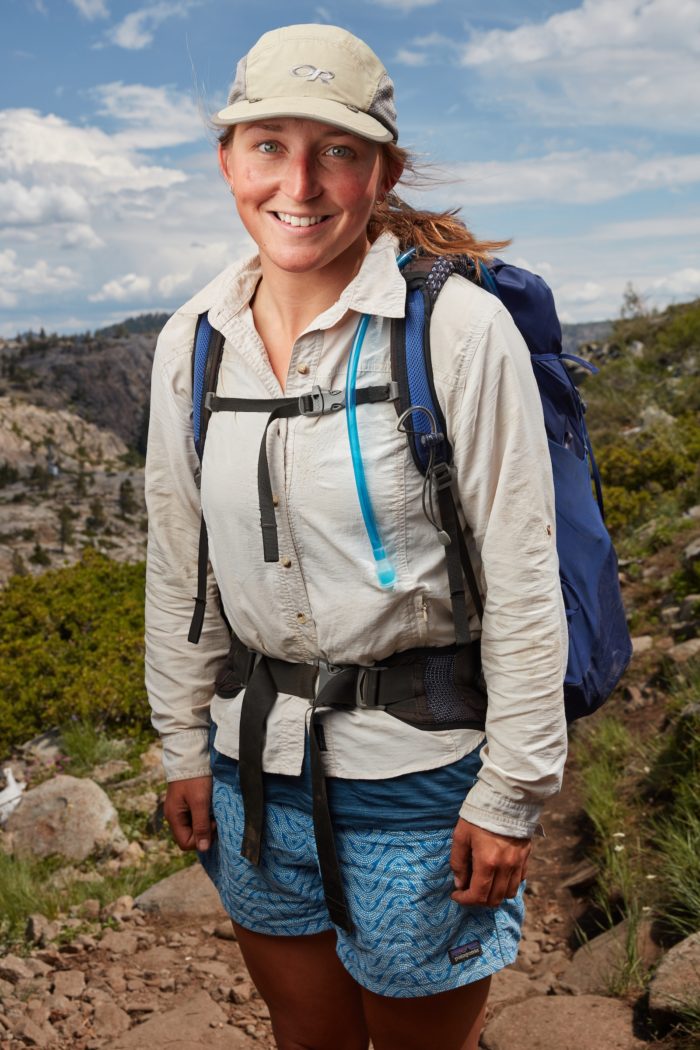 All the way from London, Toast comes from a family of backpackers, has visited Yosemite, hiked a few of the Caminos with her mom, and completed some miles in the UK with her dad. When this portrait was taken she had completed over 1,000 trail miles on the PCT. 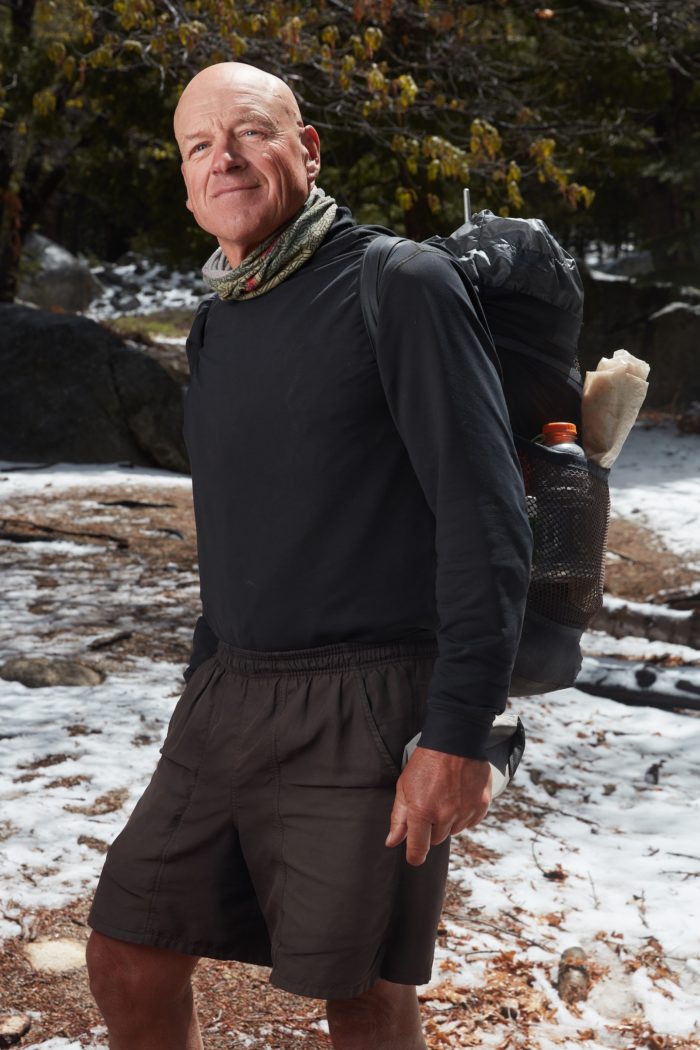 One Gallon is a hiking machine, a triple-triple-crowner, and is working on a fourth triple-crown this year. He has logged over 140,000-miles of human-powered travel: hiking, paddling, and cycling. 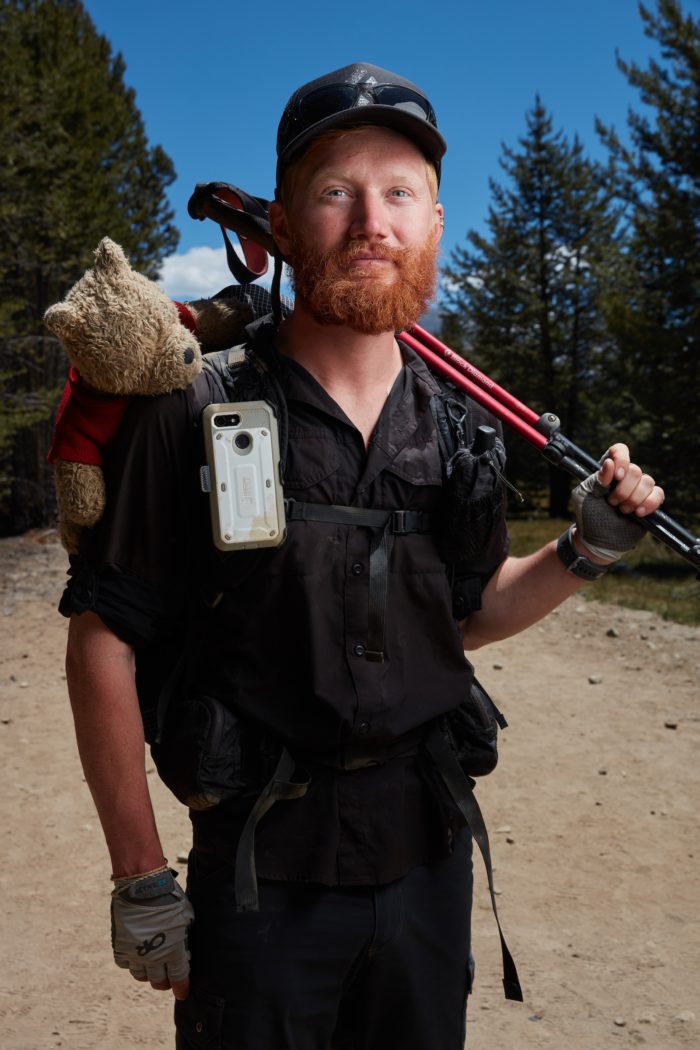 Christopher Robin, named for the Pooh Bear that he brings with him on all his adventures, is seen here outside of Tuolumne Meadows. He’s on the PCT for a “Grand adventure, to endure some discomfort, be pushed to the limits and to learn about himself.” 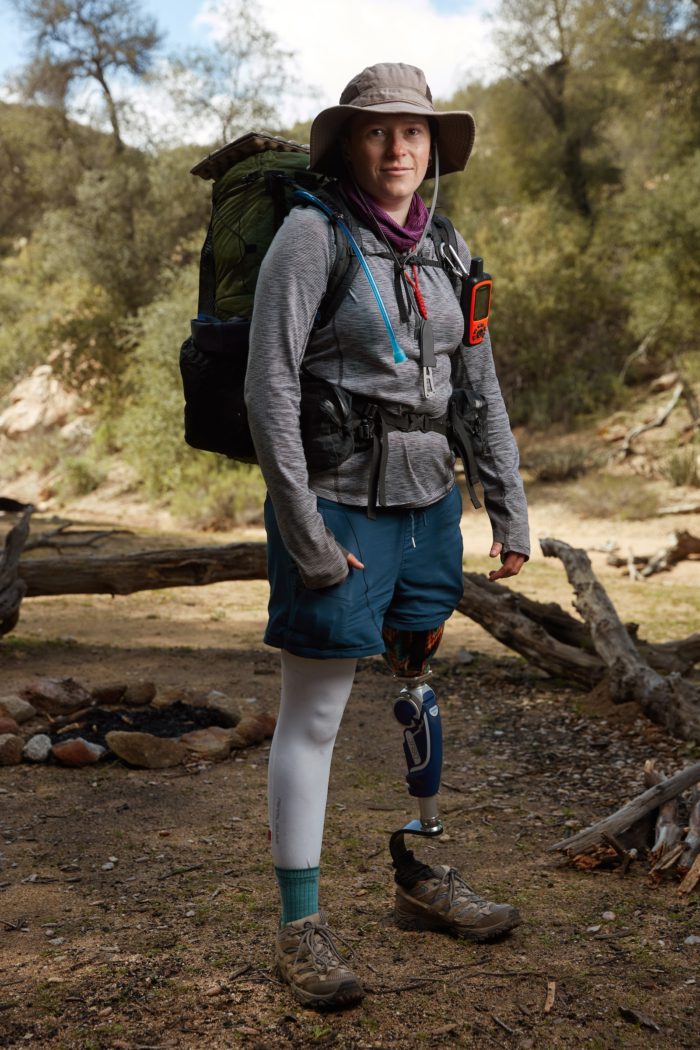 Sochi is seen here only a week into her thru-hike. She is one of the first thru-hikers that Andrew met and photographed as part of his series. 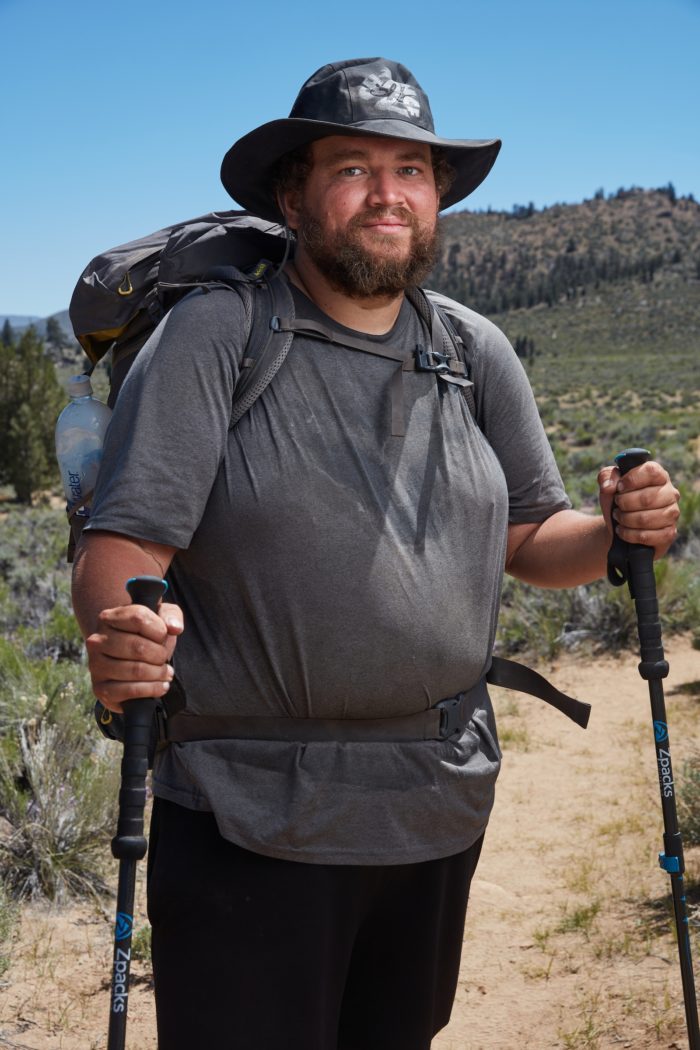 YouTube sensation Second Chance started his PCT thru-hike on Jan. 30 at the Mexican border. He is on a quest to lose 200 pounds while completing this thru-hike. He was 700 miles into his trek when photographed here. 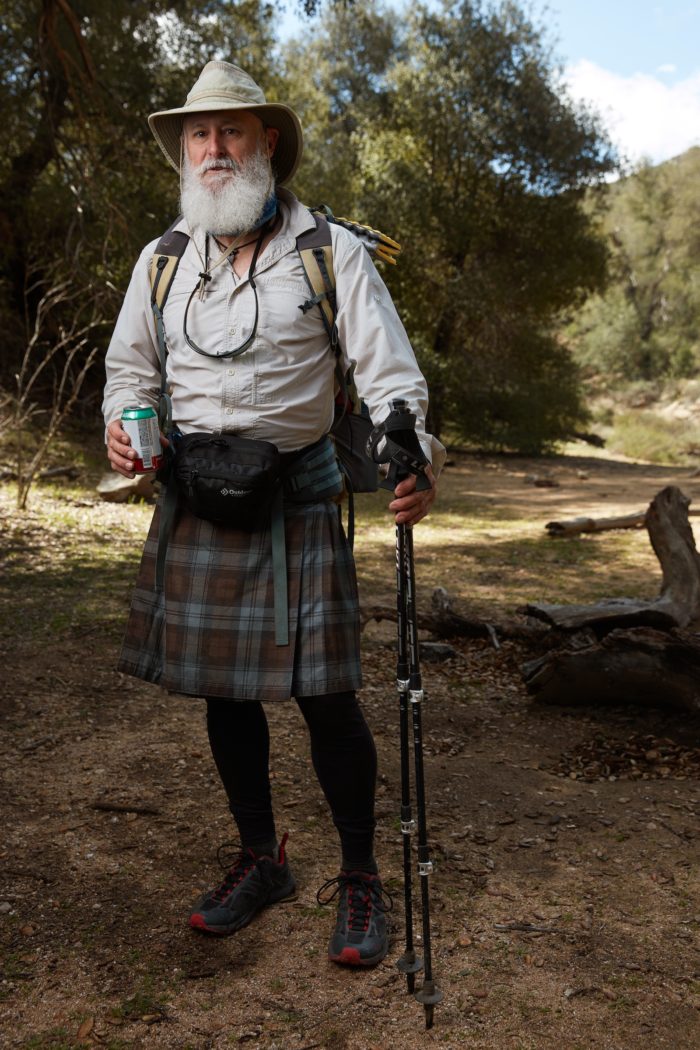 Irish Liar is thru-hiking the PCT with his wife, The Warden. He has completed thru-hikes on the AT twice. 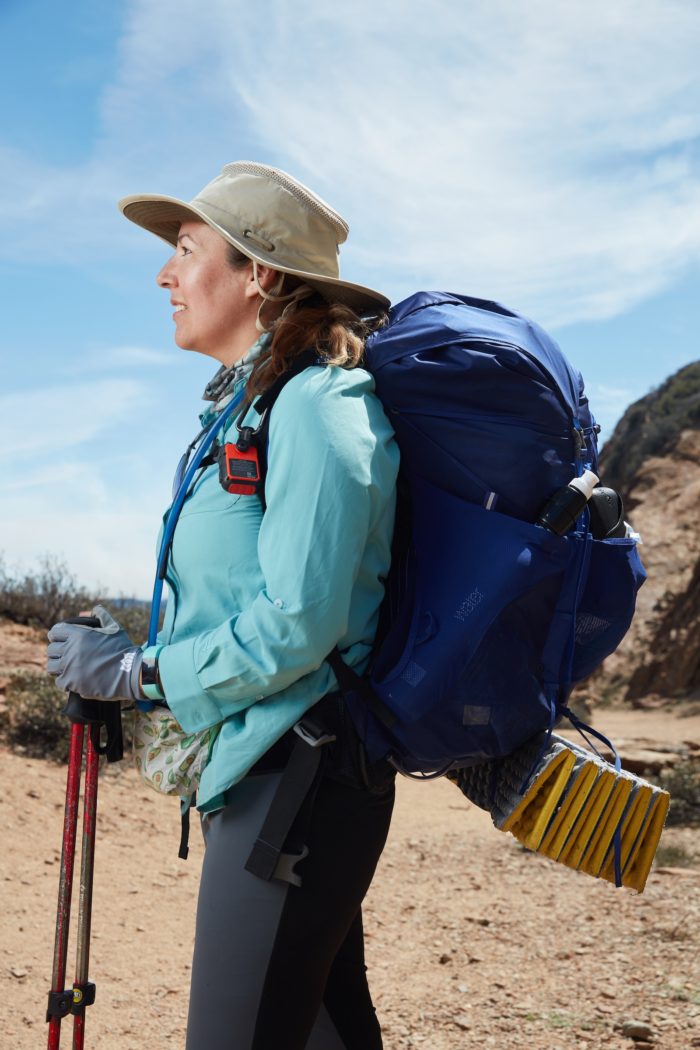 Flame Thrower is a first-time thru-hiker but has completed several day hikes and a section hike of the PCT prior to setting off this year. 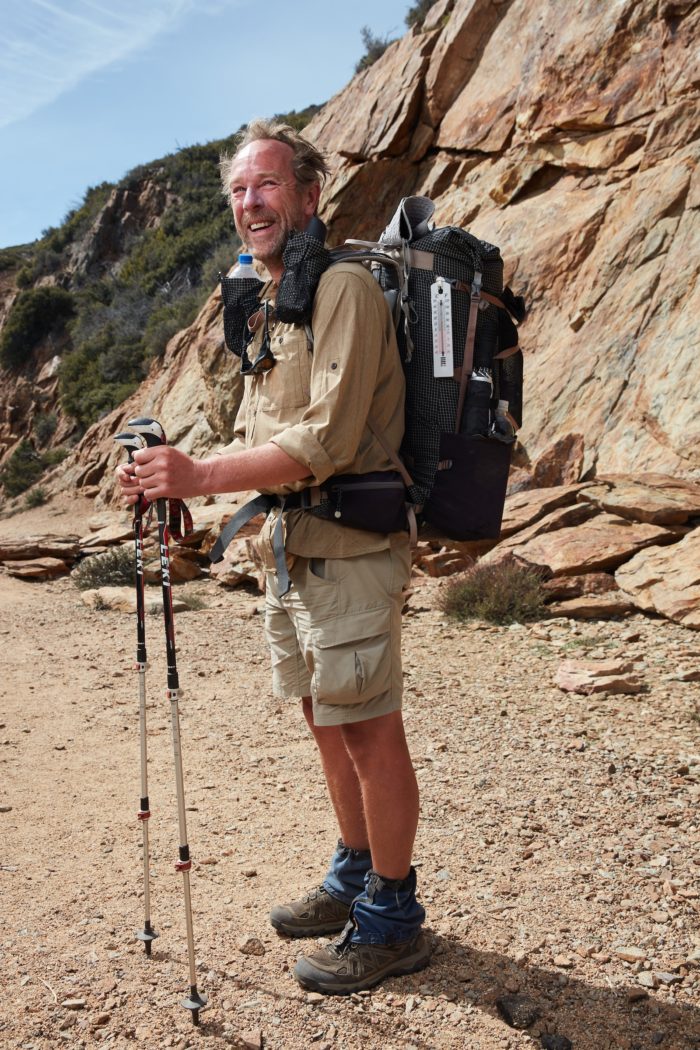 Rene, from New Zealand, carries an unusual piece of equipment in his pack, a large thermometer. In the process of being photographed, he may or may not have been inadvertently given the trail name “weatherman.” 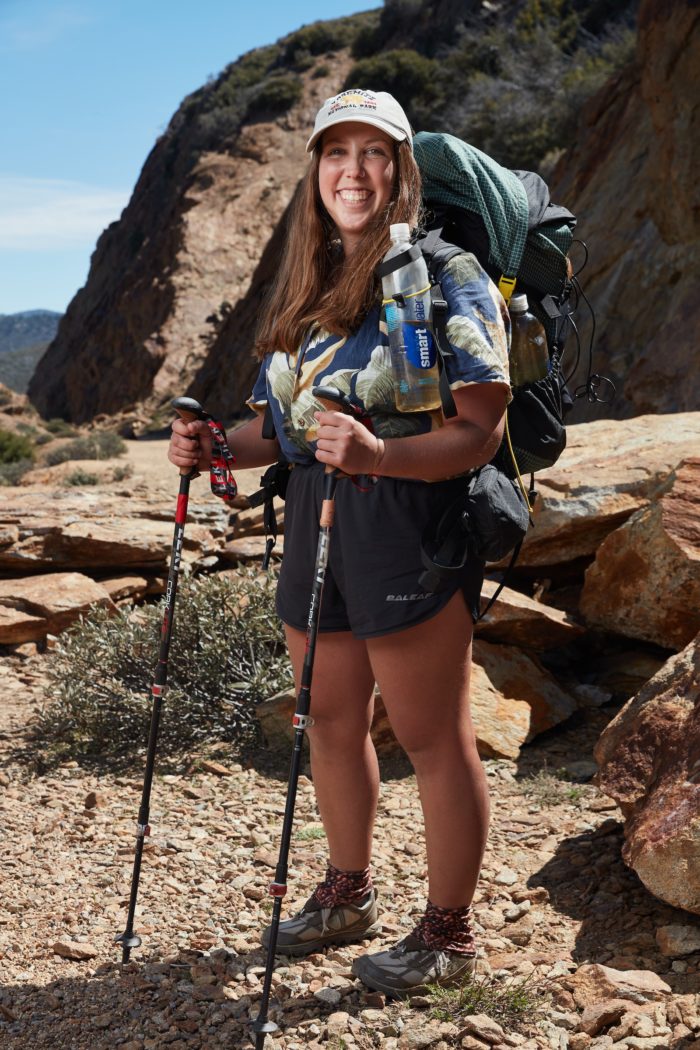 SOBO was given her trail name by accidentally hiking in the wrong direction and being righted by a fellow hiker. She has no previous thru-hikes under her belt, however she carries an infectious smile and positive attitude. 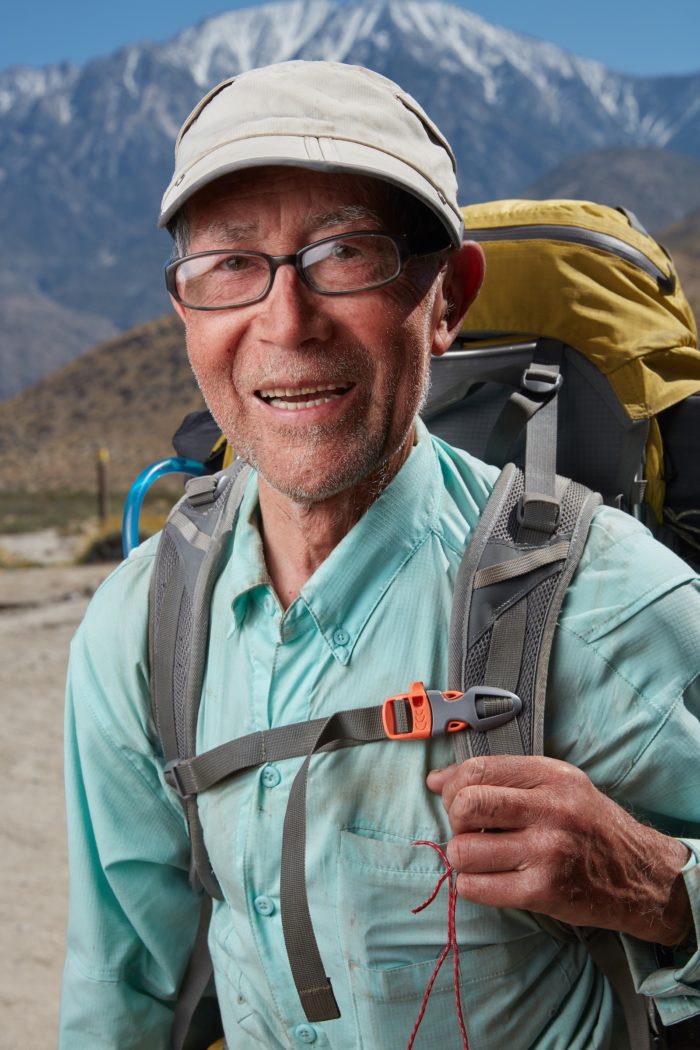 Mel, a 79-year-old ultrarunner, has no thru-hiking experience under his belt but decided to take on thru-hiking when 100-mile distance races weren’t doing it for him anymore. Mel will be celebrating his 80th birthday on-trail. 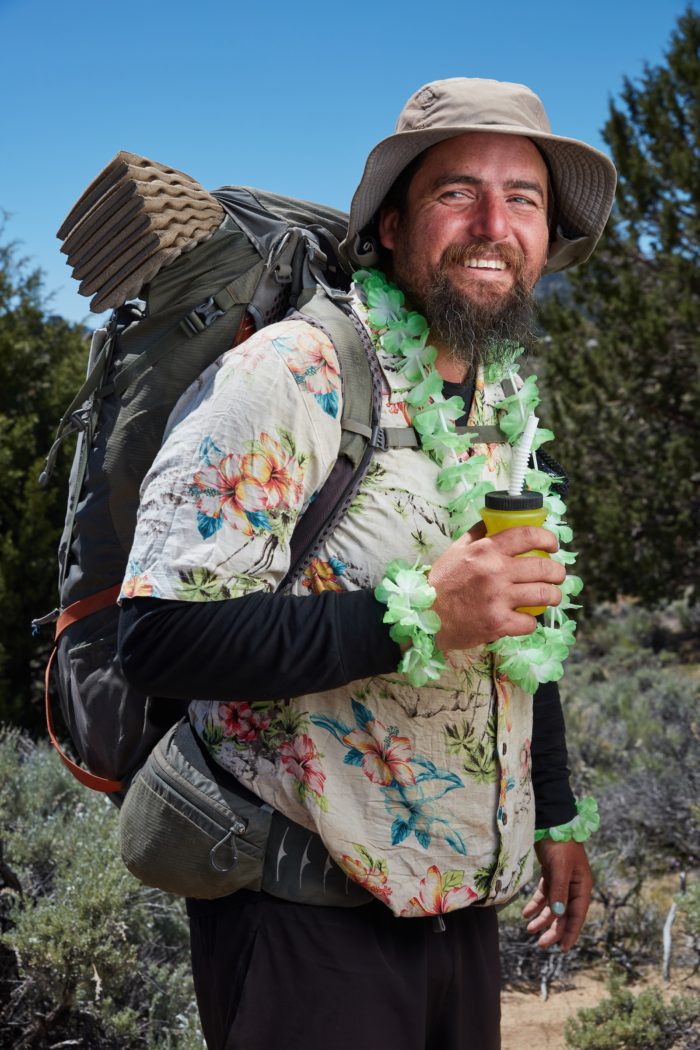 Marble is making a third attempt at completing a PCT thru-hike in its entirety. He is a purist at heart and is looking to complete a true thru-hike. 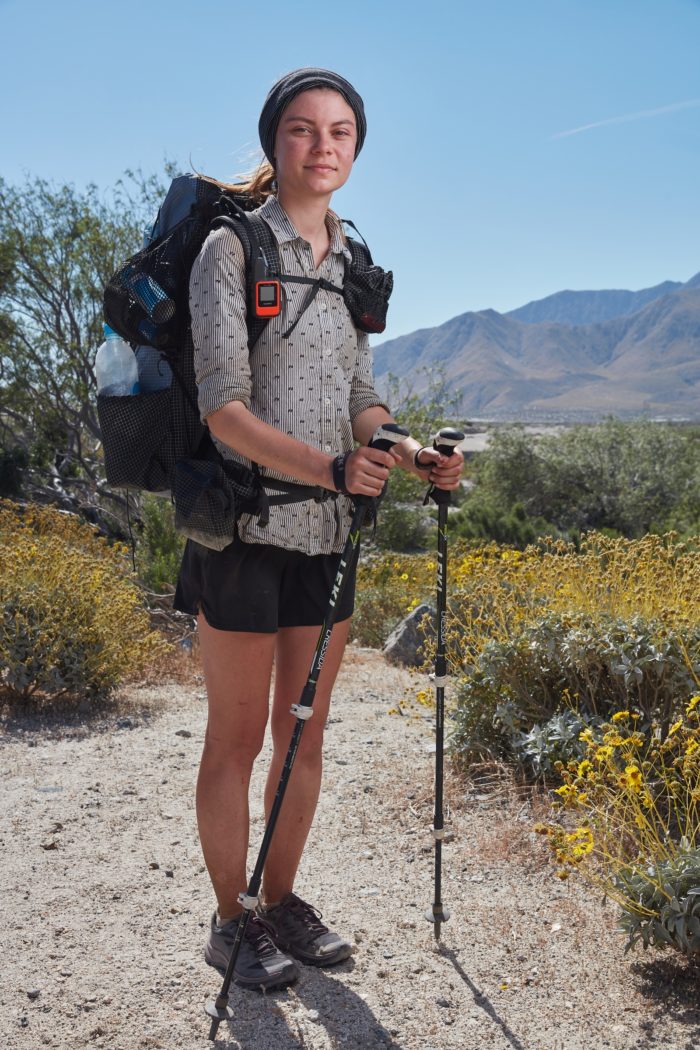 Bessie, from Switzerland, and was just recently introduced to the wonder that is the In-N-Out. She is working on completing her thru-hike of the PCT.