By the Numbers: The Top Shelter Systems on the Appalachian Trail in 2015

“Hammocks are cool … you can stealth camp just about anywhere.”  – Enthusiastic hammocker

“I started out with a hammock … then met a girl and we switched to a 2-person tent.” – Enthusiastic hammocker who has game

“I had a 2-person because I started with my girlfriend. After she left, I never switched it out and it was way too heavy.” – Oh. Unfortunately, that happens.

Choosing a shelter system can be an extremely tricky gear selection process. Options range from spacious two-person tents to relying on the lean-to’s and bringing no shelter at all (not recommended). There are pros and cons to each sleep system, depending on the terrain, weather, and personal comfort preferences 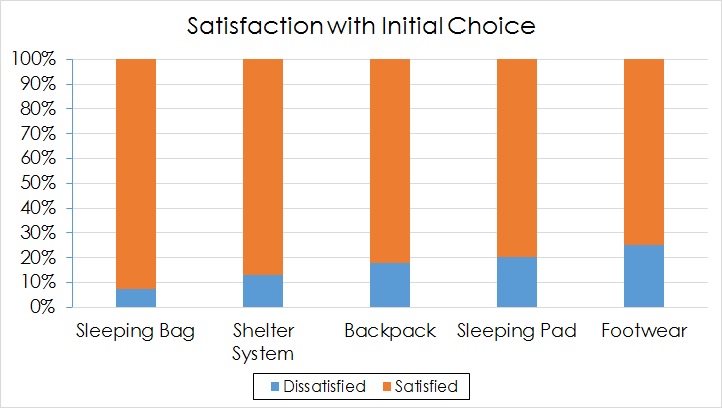 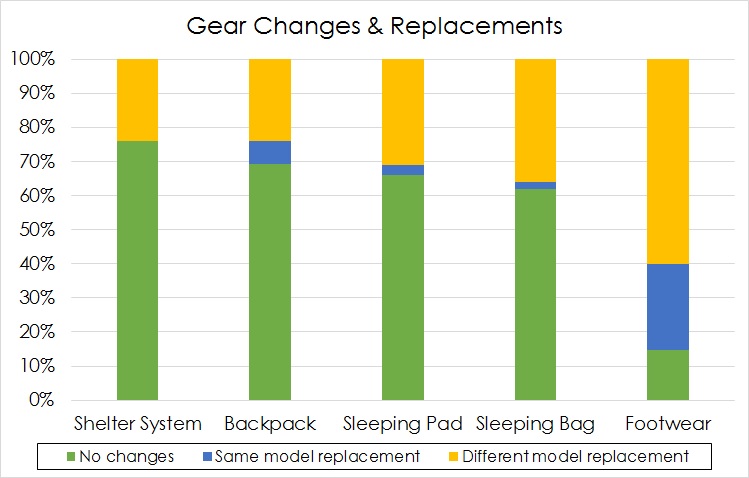 For these reasons, the shelter systems hikers ultimately used were almost the same as those they started with. 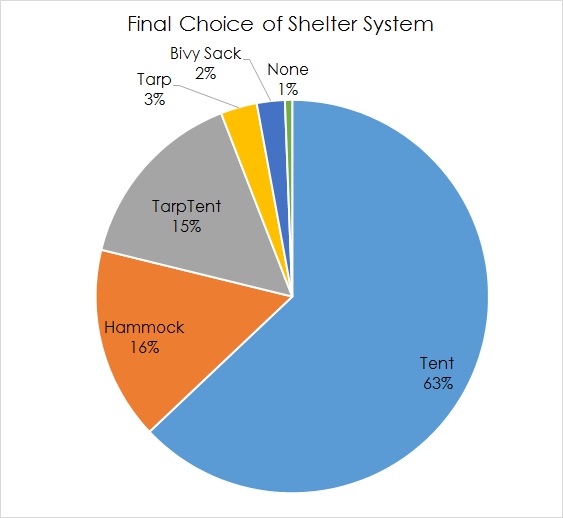 There was no relationship between the distance a person hiked and the shelter system they chose. However, there was a weak but significant association between shelter system and gender, as well as shelter system and age. In other words, men were more likely than women to use more lightweight, less protective, shelter systems.3 Similarly, younger hikers were more likely than older hikers to ditch the traditional tent in favor of lighter weight and less protective systems.4 The reason behind these associations is unclear; it could be that tents are more suitable for couples than other systems, and that women and older hikers are more often walking with a partner.

The preferences and choices of 2015 hikers corroborate what we found in 2014: that the shelter systems hikers prefer from the start will serve them well over thousands of miles. Furthermore, considering the diversity of shelter systems preferred and used by long-distance hikers on the AT, it appears that these different shelter systems are all suitable for the Appalachian Trail. Unlike 2014, this year we were able to account for gender and age differences that may be related to shelter system choice.

In addition to type of shelter system, we also asked hikers about their favorite brand and model they used on their 2015 hike. 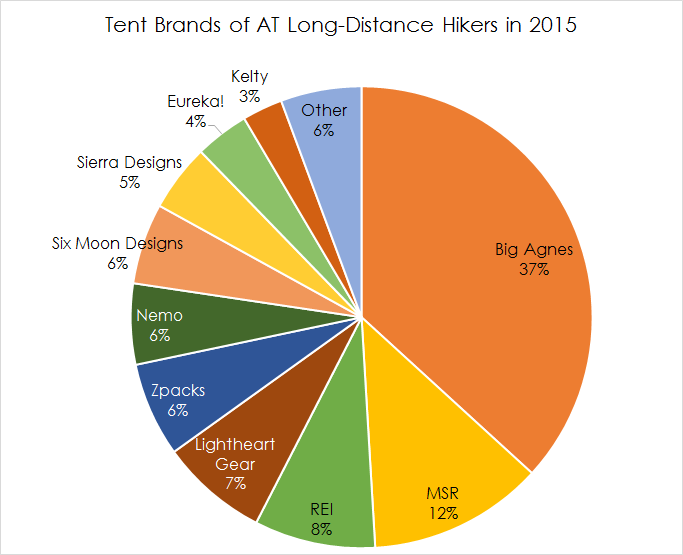 The most popular tent brand was Big Agnes, followed by MSR, REI, and Lightheart Gear.

The most popular Big Agnes model was the Fly Creek UL series, used by 18 hikers in our survey. The Big Agnes series Copper Spur was also a common choice, used by 15 hikers. 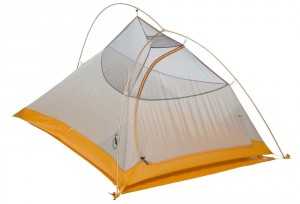 The MSR Hubba Hubba (two-person) series was used by 7 hikers in our survey, while the 1-person Hubba series was also common (used by 6 hikers). Although the hikers who used MSR tents were generally satisfied, several described the MSR tents as both more spacious and heavier than others. 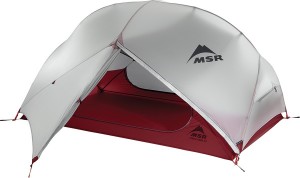 Similar comments were made about the spaciousness and weight of the REI Quarter Dome 2. The 1-person version, the Quarter Dome 1 was a popular option as well. 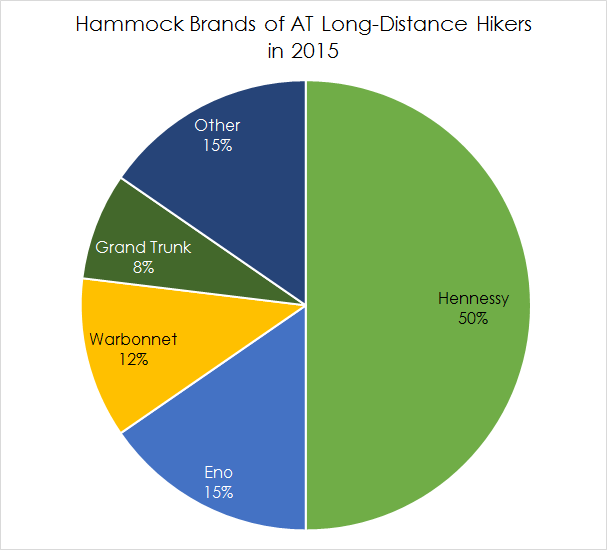 The most popular Hammock brand was Hennessy Hammock, used by 50 percent of hammockers (7% of the overall sample). Most Hennessy users in the survey did not recall the exact model name, but the Ultralight Explorer was well-liked by those who specified a favorite model. 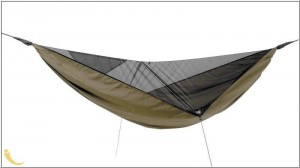 The TarpTent, a hybrid sold by Henry Shires, was used by 15% of hikers. The most common models were the Rainbow and Double Rainbow. 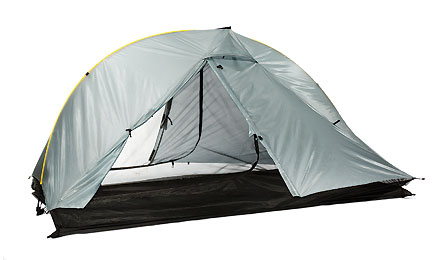 Congratulations to all hikers who walked the Appalachian Trail in 2015 and many thanks to those who participated in the survey. Thanks also to Zach Davis for all his work in putting together and distributing this survey.

Want more AT By the Numbers? Check out my previous posts on backpacks and footwear, as well as last year’s post on shelter systems.