After hiking down endless descents of boulder scrambling, weaving like a snake between every tree, the NOC finally appeared in the distance.

The NOC is an outdoor center that has hiking specific items for sale. There are freeze dried foods, snacks, energy add ins for drinks and much more. While putting a load of laundry in, the restaurant across the street looked inviting. Smells of flame broiled burgers and chili permeated the air. Ordering burgers, fries with chili and vanilla or chocolate shakes filled the afternoon heavenly.

After hiking 1000 foot straight up ascents and around 4 miles later, the shelter could be seen. This would be one of the first times sleeping in an overflowingly full shelter was going to happen. 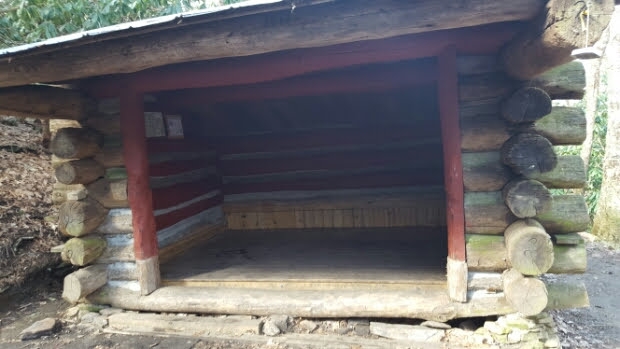 After talking to just about everyone in the building, most occupants went to sleep. As the night sky was embraced by the moonlight, more voices could be heard in the distance. More room had to be made as most shelters house 6 people. This is only inches between the neighboring person. More conversation slowly filled the night while tapering off and sleep came for all.

Suddenly a terrifying sound could be heard nearby. What was it? Slowly unzipping the sleeping bag, peeking out carefully to see what was responsible for the awful noise was done. The realization was it was the neighbor who was sleeping on his back snoring like an angry grizzly. His trailname was chainsaw.

Awakening early, 2 hours was travelled to reach Stecoah Gap. This was an outcropping that came to a nearby highway with a picnic table to sit on. A few snacks were devoured voraciously.

A car slowly pulled up and offered some food. This consisted of crackers, cheeses, chocolate and strawberries. Wow, what amazing flavor profiles that set the senses afire with passion. Looking up at the pathway, there were dismal thoughts.

After chatting for a while, salutations were said and waved goodbye. 9 miles of descents awaited that were pleasant, but painful. Descending into the campground was home for the night.

Packages were picked up from my wife who had sent two. One weighed 36 pounds (wow) and the other smaller (leftovers)
The night proceeded to swallow the valley in its shadow as 4 other hikers showed up.

A fire was built and the stories began. Our stories started with the 3 guys passed out on the trail in the middle of the blazing hot day. This turns out, those 3 guys were here. The next story was Mr. Ultralight. He was doing 22 miles a day with an 8 pound bag. This is incredibly keen because after just 10 days, Mr. Ultralight quit. After the stories subsided, Frodo, Chuckles and Gearbear along with the rest of the camp slept.

The frivolous night awoke the camp occupants with the sounds of loud screeching howling owls. After an hour or so, it seemed to stop and sleep once again came. 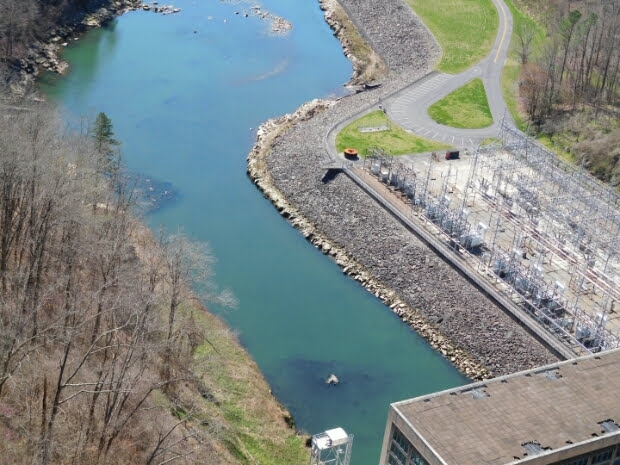 It took 5 hours to reach an overlook that gave a first look at Fontana Dam in its entirety. Finishing the descent, phone service was located and a shuttle summoned to go to the fontana dam lodge. The driver (Cody) offered mellow yellows which stood no chance. After arriving, the luxury was taken in slowly. The room had hot showers, beds, laundry and hot food to order up. Life couldnt be better.