How Painsylvania Earned its Name: Weeks 12-13 on the Trail

The first time I ever visited Pennsylvania, I would’ve been about 14 years old. I was taking a road trip with my dad and two older brothers. We were all crammed into our ugly green Saturn hatchback station wagon. We had to pay a toll fare, because roads in Pennsylvania aren’t free. Immediately after the toll booth, the road split in two directions without any sign whatsoever of which road went east and which way went west. My dad, who was driving, quickly fell into a rage! The words he uttered are now forever etched in my family’s lore:

“What!?! Why are there no signs?!? Which way are we going!? I hate Pennsylvania!!! Bomb them with a nuclear missile!!”

He then punched the ceiling of the car so hard that he left a small dent! After my experience hiking through northern Pennsylvania, I felt like yelling myself.

This isn’t so bad!

In my last post, I’d just completed the beautiful southern portion of Pennsylvania that was flat and easy. I have to thank my friend Amanda from Maryland for pulling me off the trail for a day and for the food and hospitality! 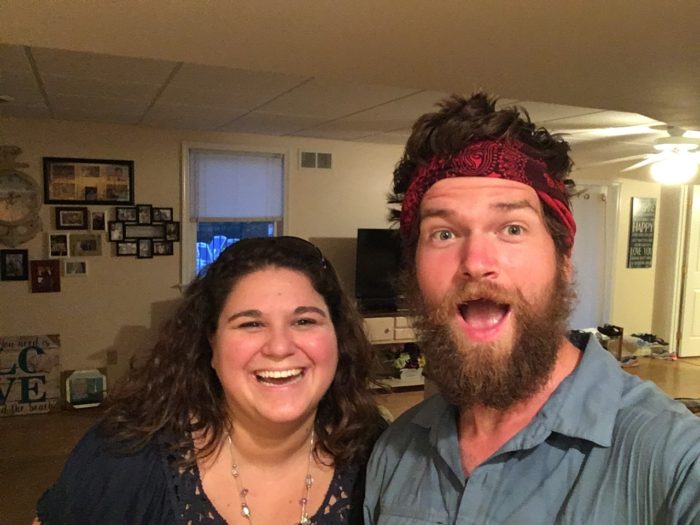 Thanks for letting a homeless man clean his act up!

After getting back on the trail, I finished off the super flat Cumberland Valley and started the section of the trail that the guide says is “very rocky.” Pennsylvania has been called “Rocksylvania” by thru hikers so often that it’s cliched. I wanted to keep an open mind while hiking the state. “This isn’t so bad, I’ve seen this before,” I thought after my first encounter with the rocks in Pennsylvania. Some fist-sized, jagged rocks littered the trail, and I had to be careful with my foot placement, but it wasn’t anything I hadn’t handled before. Feeling confident, I rolled into the dilapidated trail town of Duncannon, stayed at the infamous Doyle Hotel (a dump of an old Victorian style hotel that I absolutely loved), ready to take on whatever Pennsylvania had to bring on! 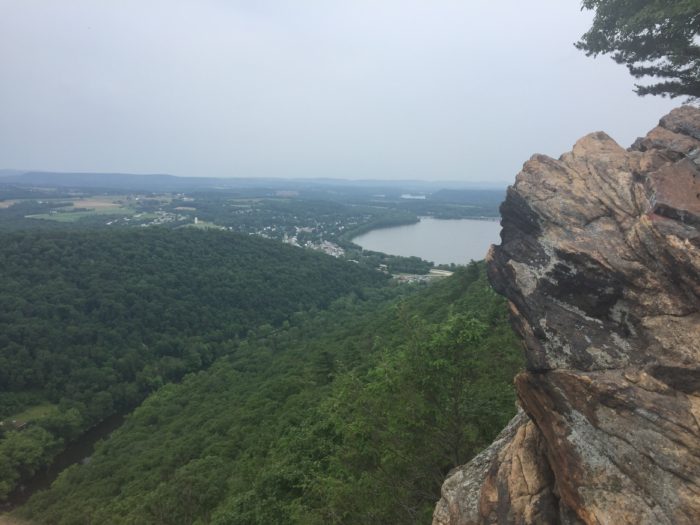 The view from Hawk Rock. See? Not so bad. 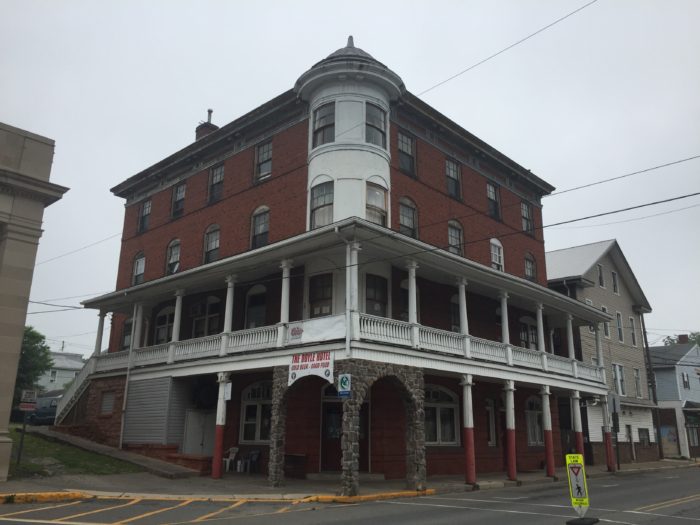 If only I had known.

The next two days were some of the quietest I’ve had on the trail. I didn’t see a thru hiker either day. The rocks on the trail, however got progressively worse each and every day. 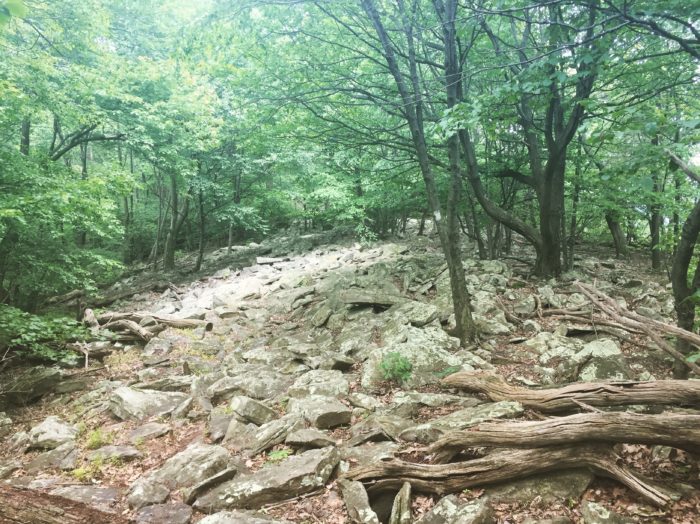 So it begins. Owww

I set up camp the second day, exhausted and worn out from rolling my ankles all day, and started cooking my 99 cent pasta dinner when it started to pour. Cooking and eating in the rain is probably my least favorite thing to do on the trail. All you can do is wait in the rain, slowly getting soaked, until your food is ready. While Pennsylvania was quite difficult, at least it didn’t rain all that much on me. The two times it did rain, of course, started exactly just as I started cooking and eating…

Chiclet caught up with me that night and we decided to hike through the rest of PA and into NJ together. I met Chiclet over 1100 miles ago in the Smokies, hiked together a bit in central Virginia and in the Shenandoah. Both of us we’re glad to have a hiking partner in order to keep sane through the monotonous rocks in Pennsylvania. 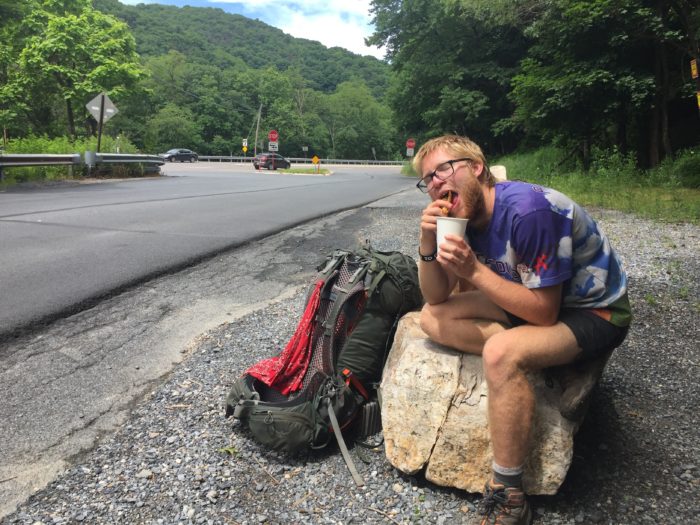 This is Chiclet, a wild Thru Hiker in his natural habitat

This is really, really bad…

The thing about Pennsylvania rocks is that they alter every, single step. Every single step, there’s a slight ankle roll, a small pain in the toe as you accidentally kick a rock, a pain in the ball of your foot as you step on a sharp, angled rock. Multiply one painful step by 20 miles a day, and your feet are so dog tired and your mind so taxed that it’s a monumental chore to keep an open mind about Pennsylvania. The pain the rocks would bring to my feet my mind can’t be over be overstated. 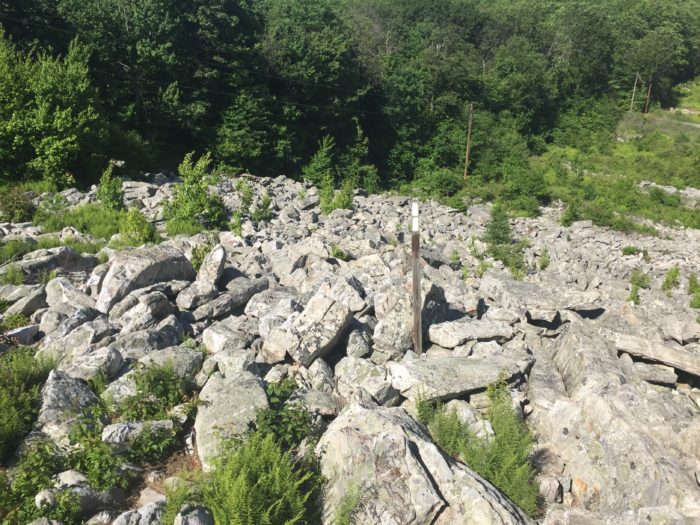 While mostly flat, northern Pennsylvania looks great on paper! It’s not the most physically demanding, but the stretches of rock heaps with few views or shifts in the trail really sour your thoughts as a thru hiker. The views, though fantastic at times (like at the Knife’s Edge, the Pulpit, and the Pinnacle), are of mostly farmlands. Not only are there the small, jagged rocks that alter every step, there are boulder fields that you must traverse. At least there was diversity in the size of rocks? 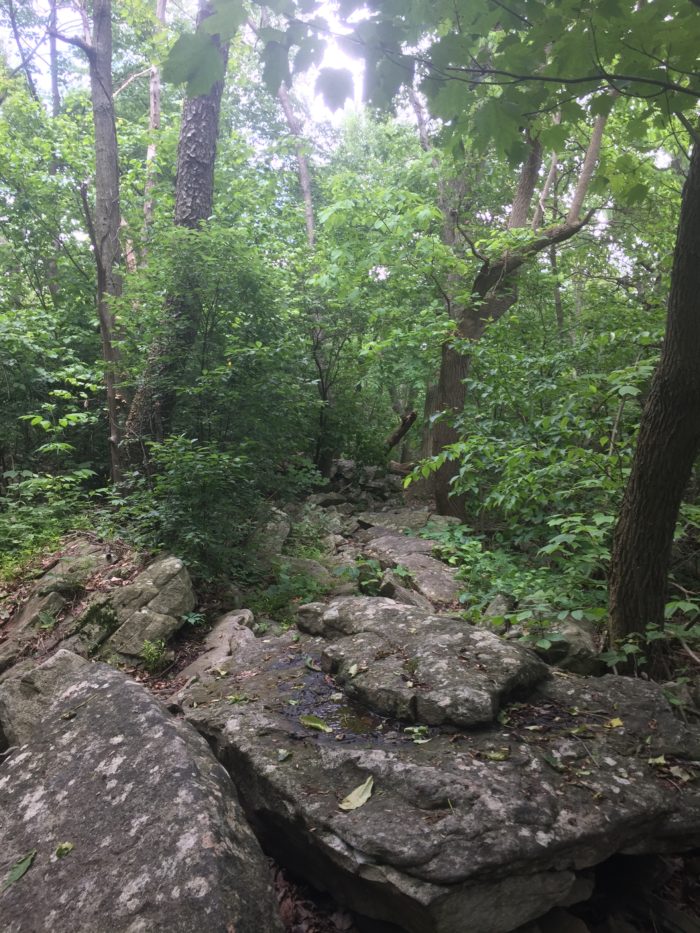 This part of the trail makes me cringe 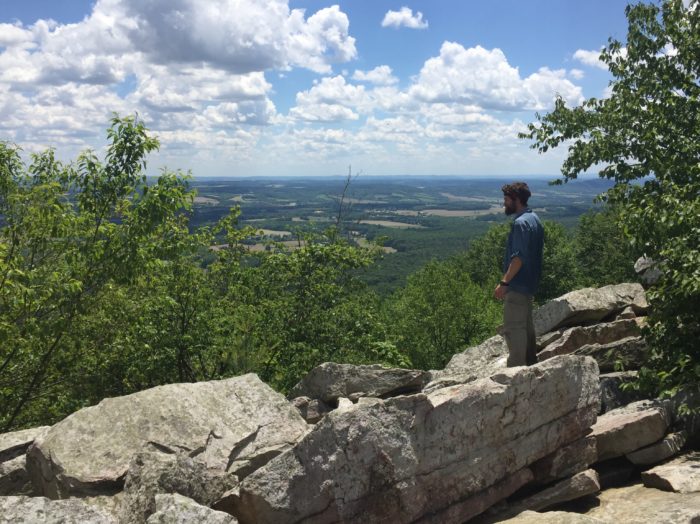 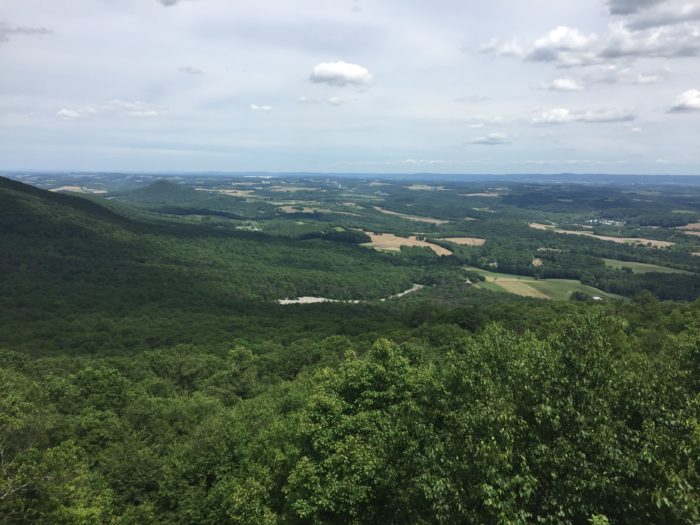 The view from the Pulpit: preach, Mother Nature!

Chiclet and I finished each day in Pennsylvania pretty defeated. We even increased our daily mileage a bit just to finish the state faster.

Each day the rocks just seemed to get worse. But we powered on. My vocabulary essentially shrank to “ow, ouch,” and a litany of curse words. Despite the pain, I had a blast on the steep climb out of Lehigh Gap. The trail climbs over 1000′ in about 9/10ths of a mile. At times, you’re essentially rock climbing. Dangerous? Sure. But I thought it was beautiful and exciting and it was just the kind of climb that attracted me to the Appalachian Trail! 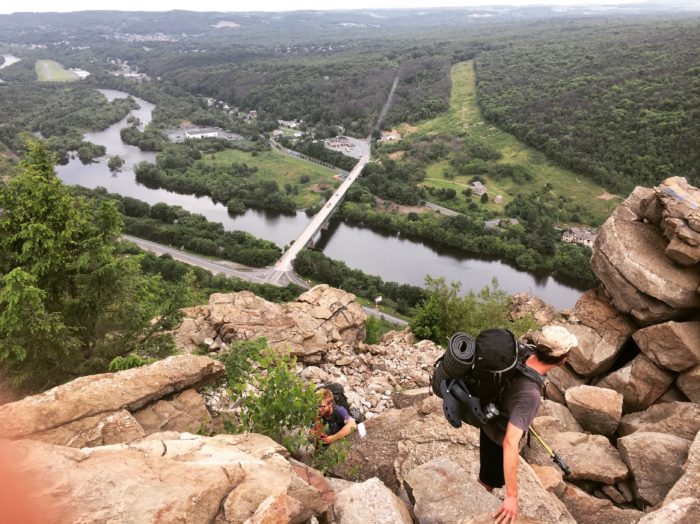 The steep climb up from Lehigh Gap with Speed and Chiclet. A straight drop off! 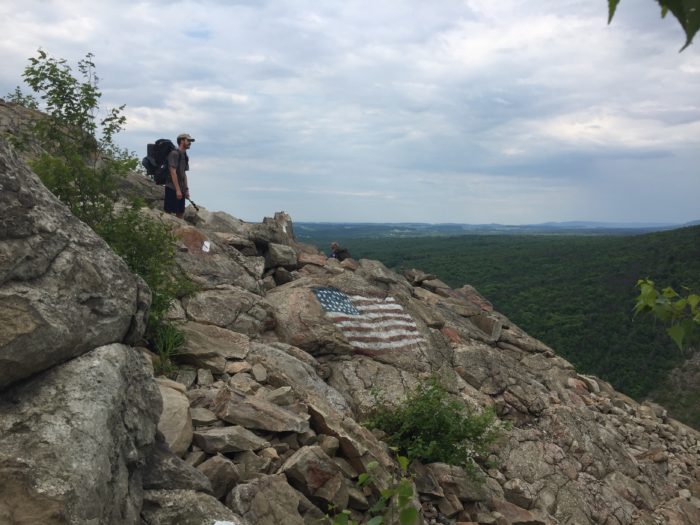 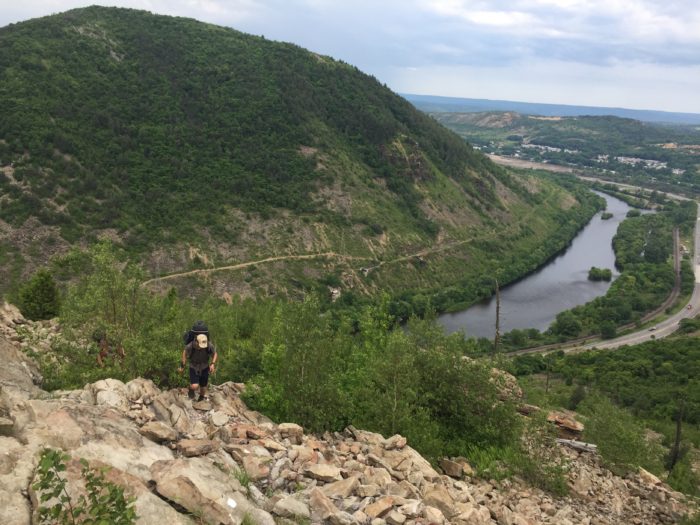 Loved the views and the challenge up Lehigh Gap!

Northern PA’s trail was littered with the ankle twisting, toe bruising, foot crushing rocks that shatter your soul. Many, many curse words were uttered. As much as I hate to be cliche or hate on any part of the trail, Pennsylvania earns its “Rocksylvania” nickname. I can’t tell you how relieved I am to be finished with the state. 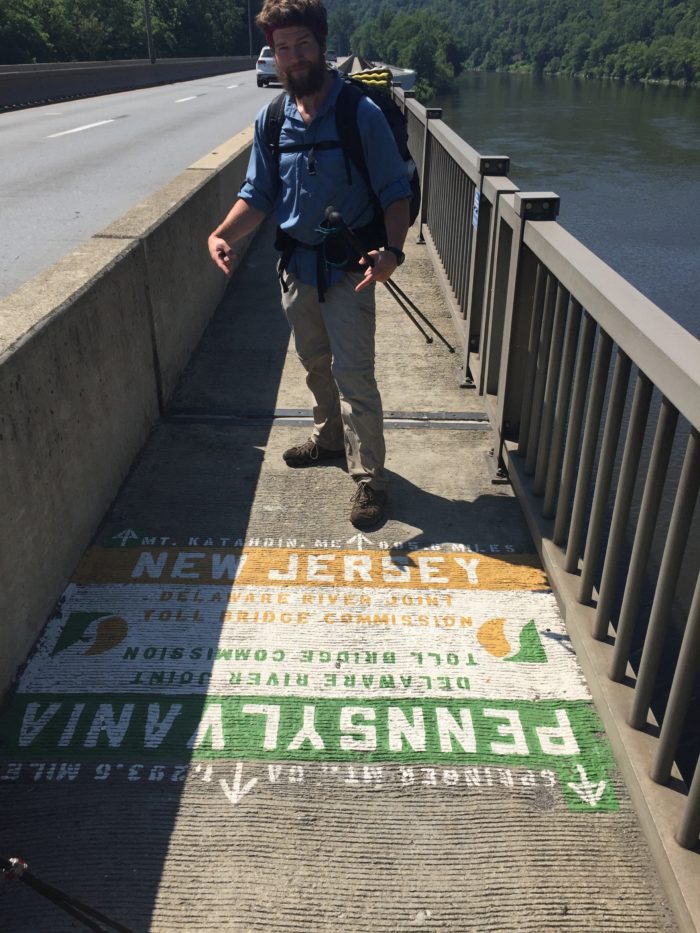 Jersey: The Armpit of America?

I never thought I’d say it, but I’m so happy to be in New Jersey. I’ve never spent much time here, but I’ve often heard of it as the butt of a joke. The hiking through the first half of the state in the Delaware Gap Recreational Area, is just what my rock-weary mind needed. It’s no armpit, that’s for sure! 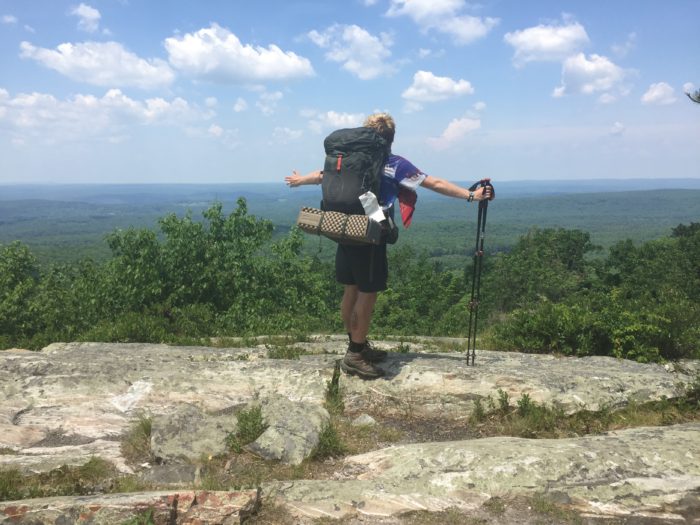 Unfortunately, the rocks don’t magically disappear after the Delaware River just because there’s a state line. But they have petered out slowly and the views have made all the rocks much more bearable! Delaware Water Gap is a historic recreational area for Americans, and after hiking through it, I can see why. Beautiful lakes, rolling hills, and awesome river views. 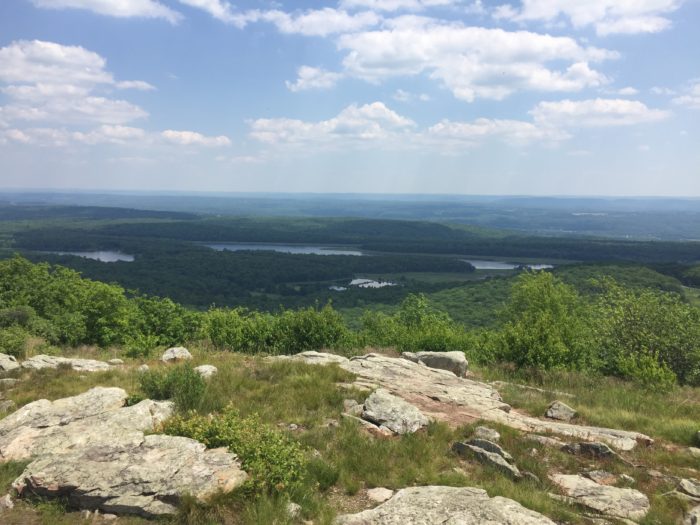 Awesome views from Raccoon Ridge in the Delaware Water Gap 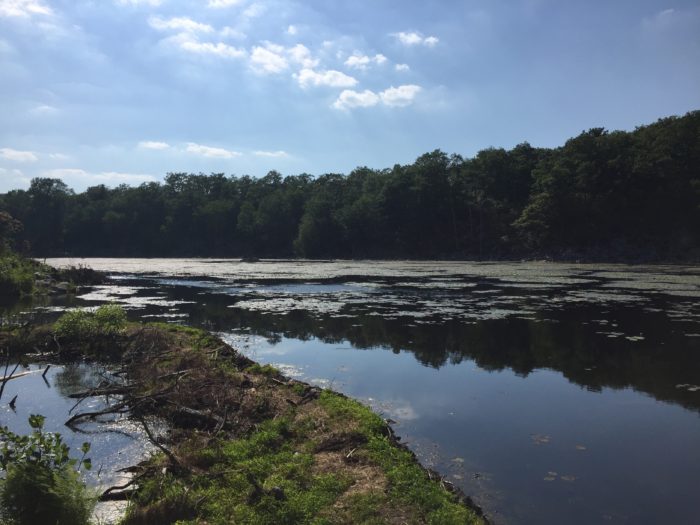 The High Point State Park shows off the beauty New Jersey has to offer AND has a beach to cool a sweaty thru hiker off on a 90 degree day. Chiclet and I decided on a whim to push an extra 4 miles just to make it to the water to cool off. As soon as we got there, worn out from the heat, we stripped down to our compression shorts and sprinted into the water. Hiker trash gonna hiker trash. 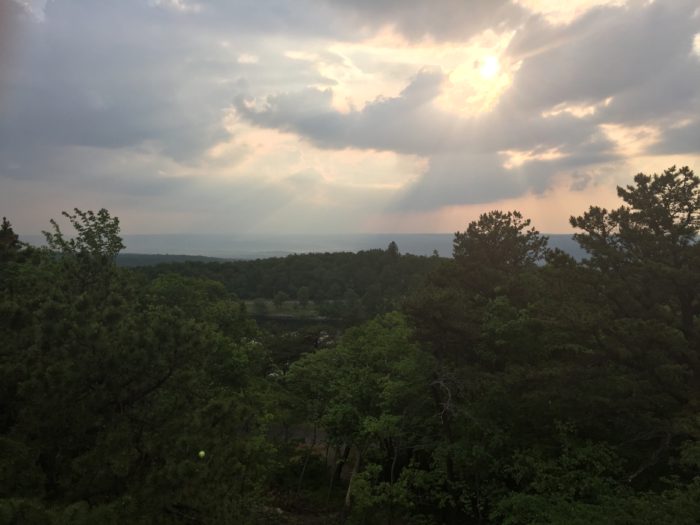 All the views from High Point State Park 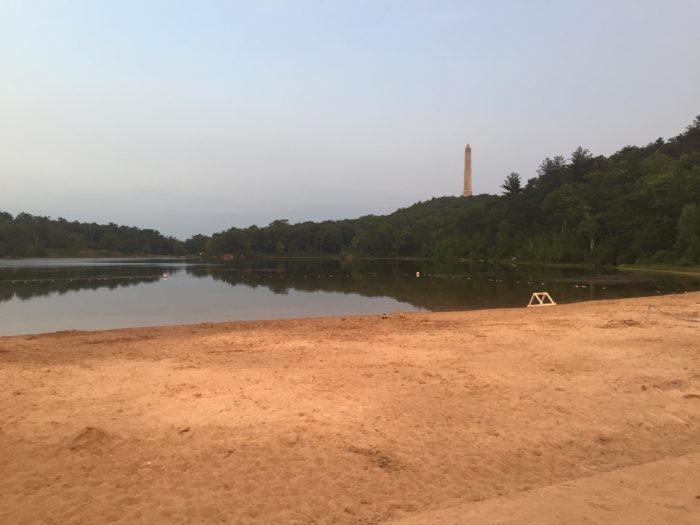 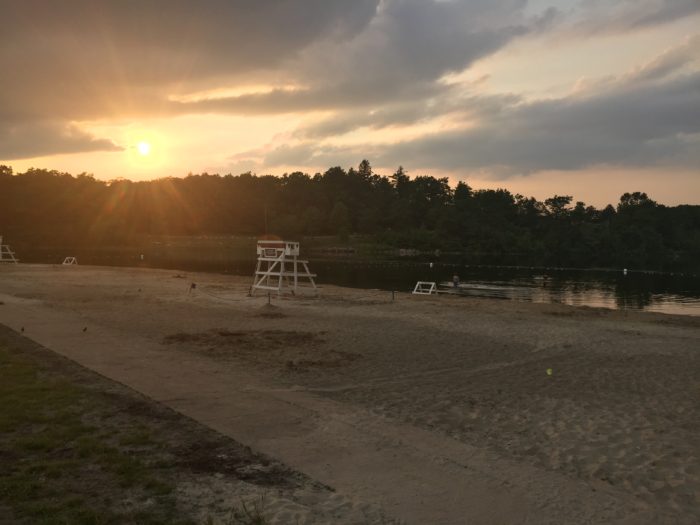 Not gonna lie, thought about stealth camping here until the park employees rolled around

Ticks: The Real Danger on the AT

Pennsylvania and New Jersey have lived up to the billing as the worst tick areas on the AT. My decision to always wear pants is finally paying off! I treated all my clothes with permethrin in the town of Delaware Water Gap, and the very next day, Chiclet found 4 ticks on him. Lyme disease is no joke, kids! It’s ironic that the only tick I’ve found on me was while I was in a town and had switched to shorts. So much for showing some leg! 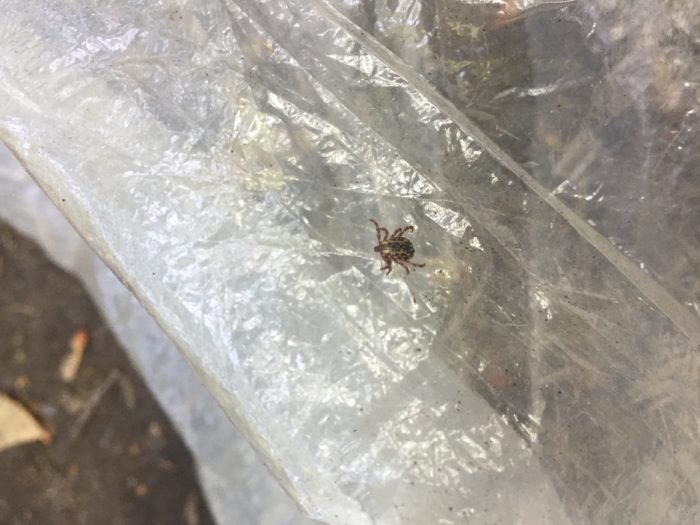 I’m taking a week off the trail for a visit from my girlfriend, but I will be back on the trail very soon to finish up New Jersey and to conquer New York! Stay Tuned!