Back To The Trail In The Sierra Nevada

My window for thru-hiking the PCT may have closed. That was the conclusion I reached in September 2021. (The USFS closed all of California’s national forests at the end of August.) As the west continues to break wildfire records each year, I suppose it was inevitable that blanket closures would start happening. As fires get larger and more intense, I’m sure they’ll cause more multi-year closures too. All it takes is one fire per year resulting in a multi-year closure, and a true thru-hike will become impossible. Any NOBO lucky enough to surf the wave between snowmelt and conflagration will eventually hit a closed section. That same closure is likely to have already caused problems for SOBOs the previous year.

So it’s fair to say I had mixed feelings while waiting for news from the USFS. I’d really enjoyed Washington and Oregon, but I wasn’t optimistic about California. It seemed unlikely that the national forests would reopen before winter, so I made plans to hike the Arizona Trail instead. When California started to open back up, I shelved the AZT plans in favor of continuing the PCT southbound.

I’d be almost a month behind schedule by the time I got back on trail. Also, the River Complex, Dixie, and Caldor fire closures were still in place. That ruled out most of northern California, so it was time to cut my losses. Rather than rejoin at Ebbetts Pass (south of the Caldor Fire), I decided to start at Cottonwood Pass (south of the John Muir Trail). A strategy, I figured, that would maximize my chances of reaching Mexico without further problems.

In my rush to check bus timetables, rent a car, and arrange a shuttle to the trailhead, I forgot about the PCT permit’s restrictions. Specifically, the “Southern Sierra Zone” restriction.

After driving from Boise to Reno, I caught the bus to Bishop, California. I changed buses for Lone Pine and struck up a conversation with a John Muir Trail hiker who’d just bailed. He told me a cautionary tale for those of us who rely on an electronic device. His iPhone battery was at the end of its life when he started the JMT, and of course, it soon died. It also drained his backup battery, and he had no way to navigate, take pictures or listen to music. The reason he started his hike with a dying phone? The iPhone 13 was just days from being released.

Kathleen, from the Lone Pine Chamber of Commerce, shuttled me to the trailhead at eight the next morning. After hiking over Cottonwood Pass, I pitched my tent at Chicken Spring Lake and dumped my gear. I hiked north to the New Army Pass trail junction, which is where I joined the PCT for my hike of the JMT in 2019. After a quick lunch, I turned around and headed south. Final destination: the Mexican border.

For two days, I didn’t see any other people. On day three, I met a group of four hunters at Monache Meadow. I encountered another pair of hunters the next day, but still no hikers. The PCT north of Kennedy Meadows was disconcertingly quiet. 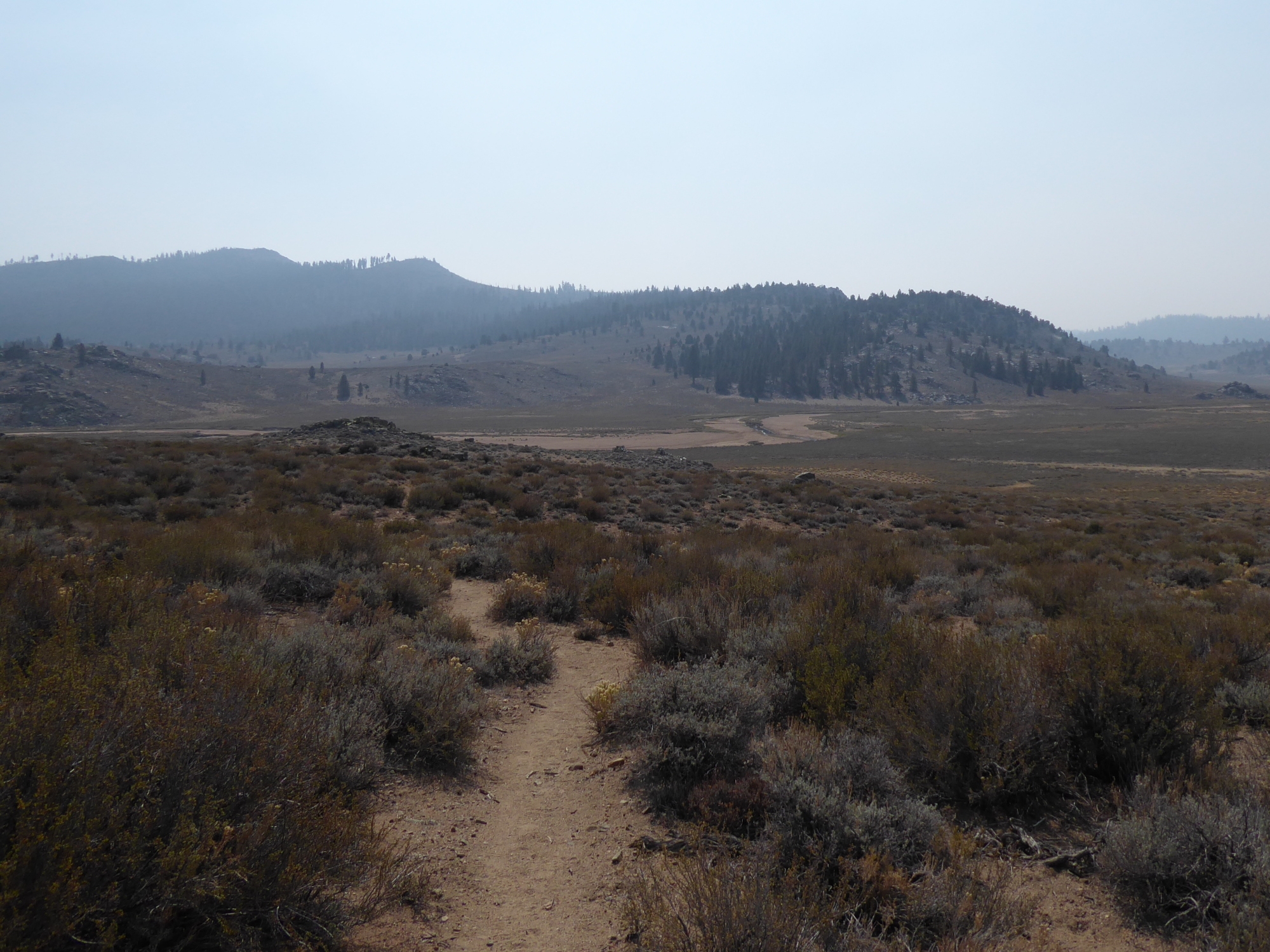 After visiting the Kennedy Meadows general store for chocolate and cold soda, I returned to the PCT. My next cautionary tale takes place a little over four miles later. This one’s called “Why you should always read the Farout comments.” It’s a lesson I learned the hard way. That afternoon, only my second day in the desert, I ran out of water.

Just a mile from where I intended to camp, I arrived at the dry South Fork and experienced an “Oh Shit” moment. I’d been rationing my water, and although I had almost half a bottle (12 oz.) left, I was quite thirsty. The sensible decision would have been to return to Kennedy Meadows, less than 5 miles away. Instead, I gambled that I could make it to the nearest water source to the south, 15 miles away. Although it’s marked as seasonal, the Farout comments assured me water was still flowing there. The biggest obstacle, apart from the heat, was a 2000 foot climb.

Know when to fold ’em

For the next five miles, the PCT wound its way along the valley floor. As I followed the undulating trail, the mid-afternoon sun was tempered by a slight breeze. There was no doubt I was sweating, but it was evaporating just as quickly. As my thirst intensified, confidence in my decision to continue also began to evaporate. I arrived at Manter Creek, and as expected, it was dry. No sign of even the faintest damp patch, so no point digging a seep well. The trail crossed the creek bed, turned to the east, and started to climb. Waiting in the shade wouldn’t get me any closer to Fox Mill Spring, so I kept moving.

Trudging uphill, my pace slowed considerably as I tried to minimize excessive sweating. About halfway up, I finally ran out of water. I’d limited myself to a small sip every ten minutes or so, but all good things must come to an end. I delayed that final sip for an extra five minutes, just to exert a little control over my rising panic.

Each of the remaining seven miles were, to put it mildly, extremely uncomfortable. My tongue stuck to the roof of my mouth. My lips stuck to my teeth. I couldn’t think about anything except the ice-cold soda earlier that day, and the spring water in my near future. As the trail reached its crest at almost 8000 feet, a sense of relief washed over me. I stopped for a moment to appreciate the evening light, the lengthening shadows, and the cooler air. Only four miles to go, and all of them downhill. Setting off again, a new thought popped into my head. Next time, I’ll take the sensible option. 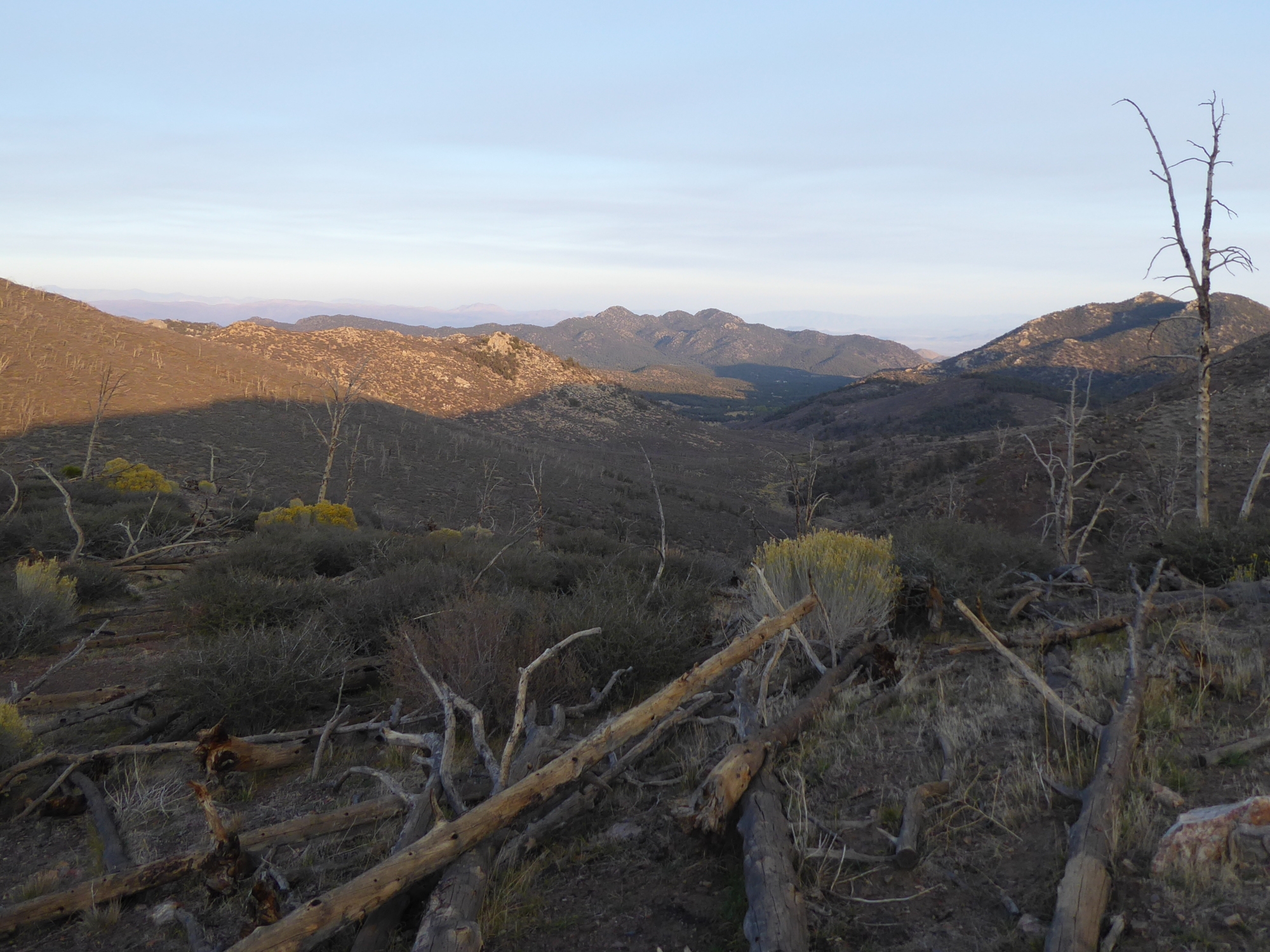