What is the Triple Crown of Thru-Hiking?

What is the Triple Crown of Thru-Hiking?

The Appalachian Trail (AT) is the oldest, most famous, and most popular of the Triple Crown trails. It runs about 2,200 miles from Springer Mountain in Georgia to Mt. Katahdin in Maine, along the spine of the Appalachian mountains. It’s the only Triple Crown trail that doesn’t run “border to border” — the other trails go from the border with Mexico all the way to Canada.

But in those 2,200 miles, you also have more elevation gain than the other trails. Created in 1937, almost all sections of the trail have been rerouted. But old trail-building techniques prevail, and the AT often takes the most direct route over the mountain—straight up. Over the course of the AT, you will gain and lose over 918,000 ft, or over 89 miles of elevation. This is equivalent to climbing Mt. Everest 16 times. It is frequently rocky and rooty, requiring careful stepping and sometimes scrambling.

Franconia Ridge, one of the most spectacular sections of the AT. Photo via Emily Rahn.

The AT traverses 14 states: the most out of any Triple Crown Trail. It “lies within a day’s drive of over half the US population,” according to the American Long Distance Hiking Association. Over three million people set foot on the AT every year, and over 3,000 attempt a thru-hike. According to the Appalachian Trail Conservancy, about a quarter are successful.

The AT has the most robust services to support hostels, with frequent grocery stores, hostels, and shuttle services from Georgia to Maine. The weather is frequently humid and rainy, and hikers sometimes complain of the “green tunnel,” and its difficult hiking with scant outlooks. Hikers tend to start in March and try to finish by October.

For more information about how to hike the AT, see our extensive resources here! 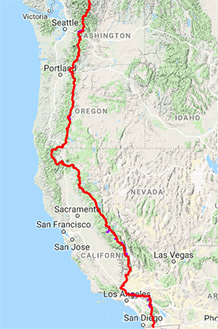 Image from the U.S Forest Service.

Some would consider the PCT to be the AT’s younger, more attractive cousin. While it was designated as a National Scenic Trail in the 1960s, it was only officially completed in 1993. It’s graded for pack animals, so the 824,000 ft of ascents and descents are gradual and gentle. Its 2,600+ miles from the Mexican border with California to the Canadian border with Washington spend many miles above treeline and frequently reward with spectacular vistas of snow-capped peaks. The weather is also drier than on the AT, and many hikers experience little to no rain throughout much of their thru-hike. 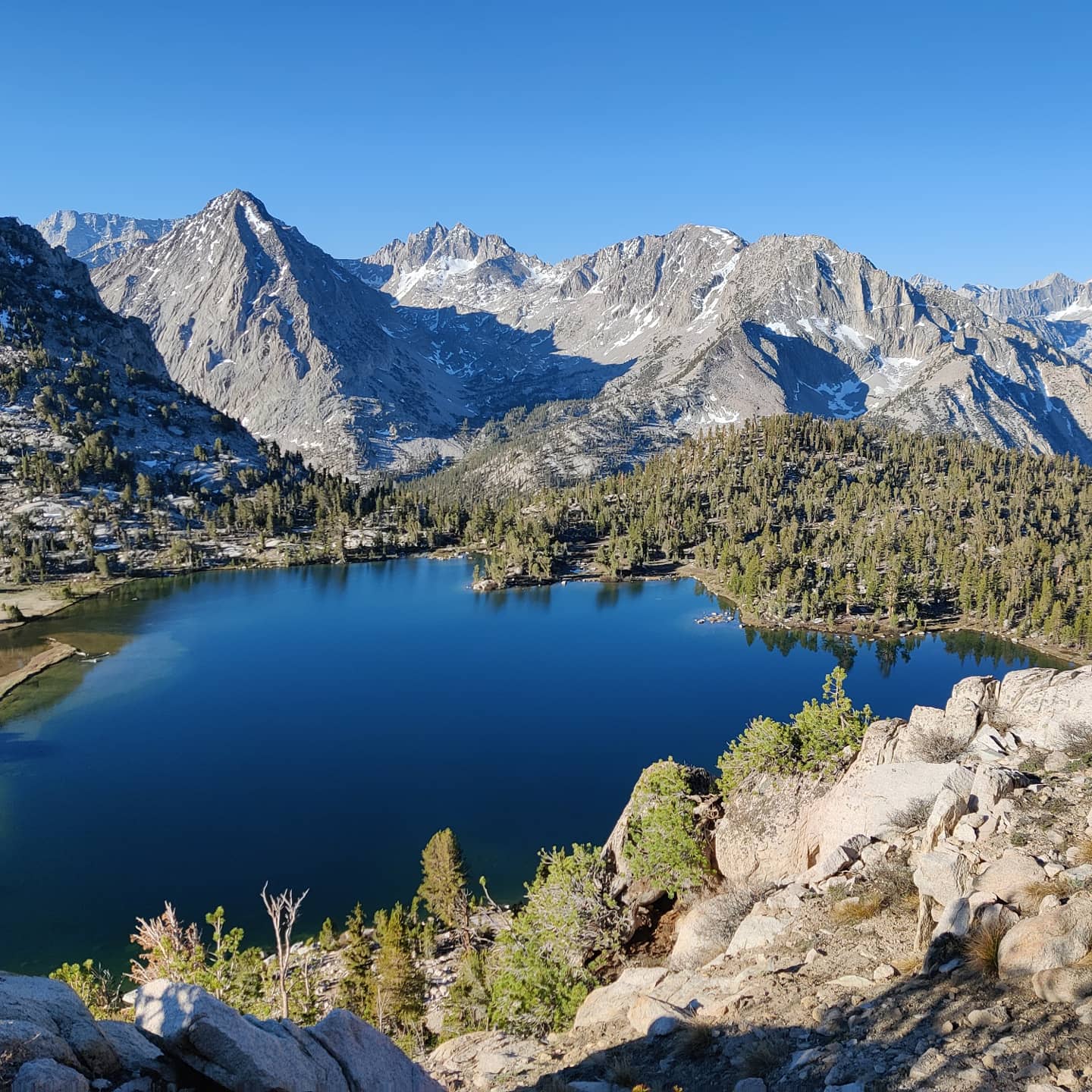 The Sierra Nevada mountain range on the PCT.

However, the PCT is not without its challenges. Snow can linger on parts of the trail through June and July, and hikers must be comfortable navigating steep, icy terrain with microspikes or crampons and an ice axe. In a high snow year, hikers must ford dangerous streams and rivers. The first 700 miles traverse the southern California desert and necessitate long water carries and occasional night-hiking to avoid blistering hot days. Resupplies are fewer and further between than on the AT.

Logistically, the trail also requires permits along many of its popular sections across fragile ecosystems. PCT thru-hikers are eligible for the PCTA’s long-distance permit. For more information on navigating the long-distance permit process, see here. Permits are capped and can be competitive. If you can’t get one but still want to hike the trail, you need to obtain all 19 individual permits needed to hike the entire PCT. 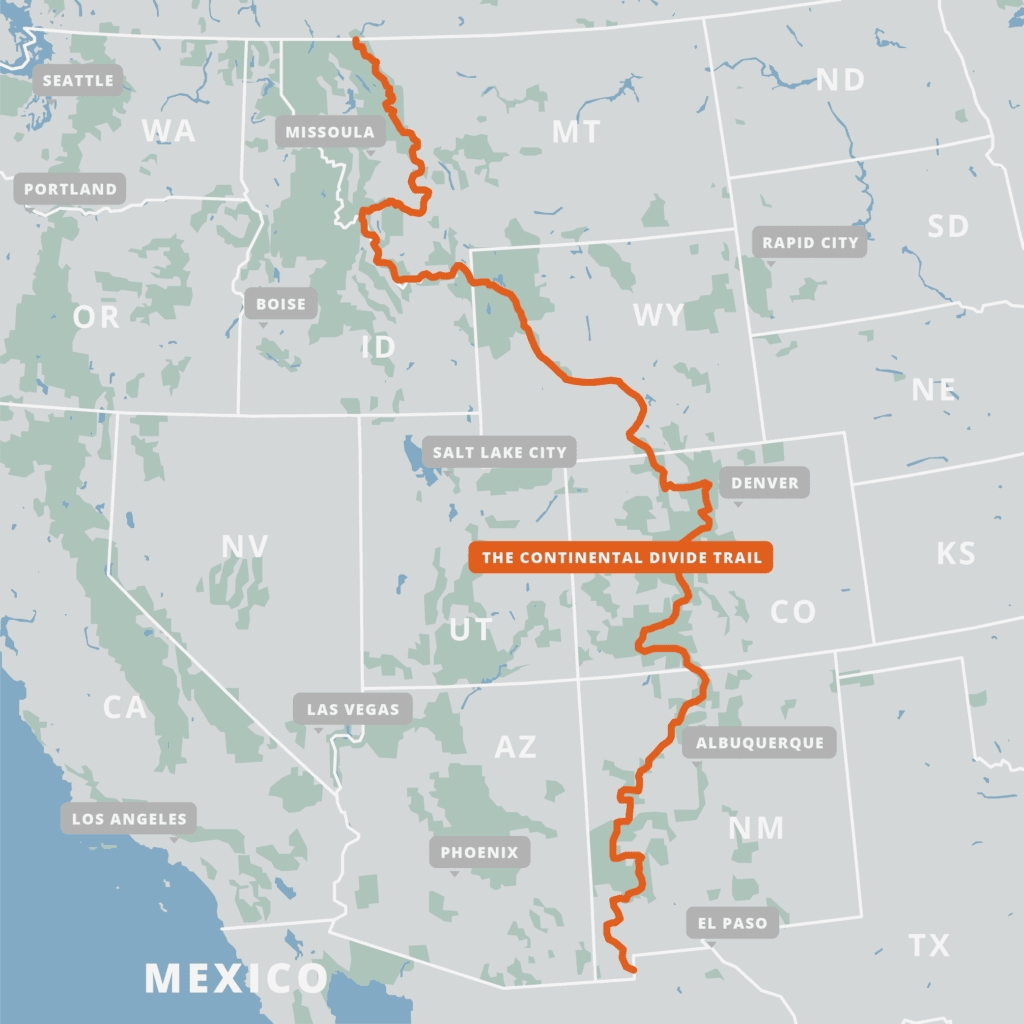 It is less well-marked than the other Triple Crown Trails, with many alternate routes available to hikers. Some call the CDT a “choose your own adventure” hike. The CDT has 917,500 feet of elevation change, with climbs not as steep as the AT but not quite as gradual as the PCT. 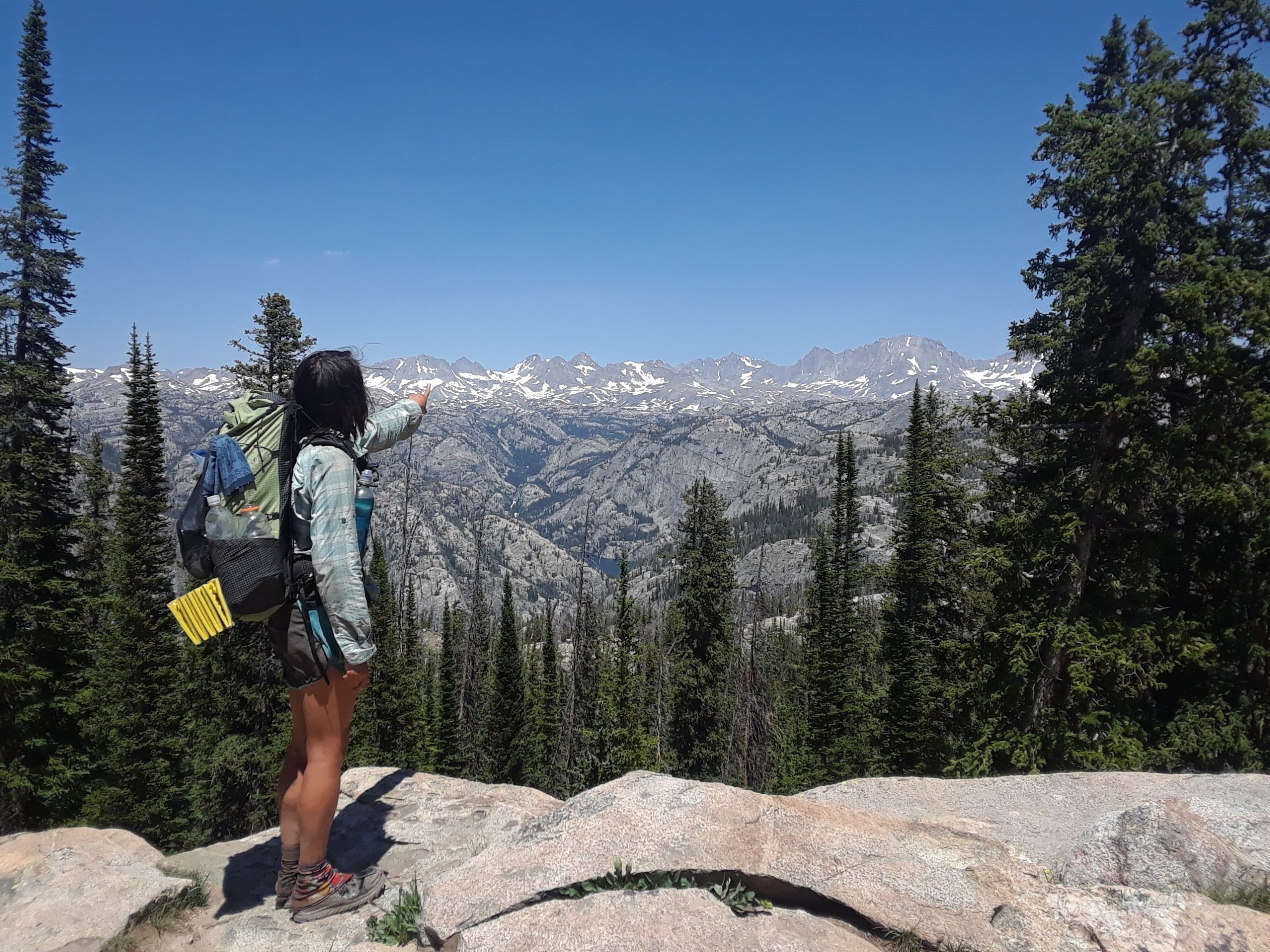 The Wind River Range on the CDT. Image via Eloise Robbins.

The CDT traverses dry desert and high-elevation mountains. You have to negotiate thunderstorms, snow, avalanche risk, long water carries, road walks, and grizzly bears. In return, you’re rewarded with some of the best scenery the US has to offer, such as the San Juans, the Gila River, the Wind River Range, and Yellowstone and Glacier National Parks.

Completing the Triple Crown of Thru-Hiking

While some people finish a long trail and find themselves hooked for life, others find that they’re satisfied with a “one and done.” Only about 525 people in total have successfully completed the Triple Crown of thru-hiking. People who triple crown generally either split up the trails over many years or hike 1-2 trails a year over a short period of time. Hiking the trails over a shorter period of time can be easier logistically (it can be easier to set aside one chunk of time as opposed to three shorter chunks of time), but is harder on the body and the spirit. 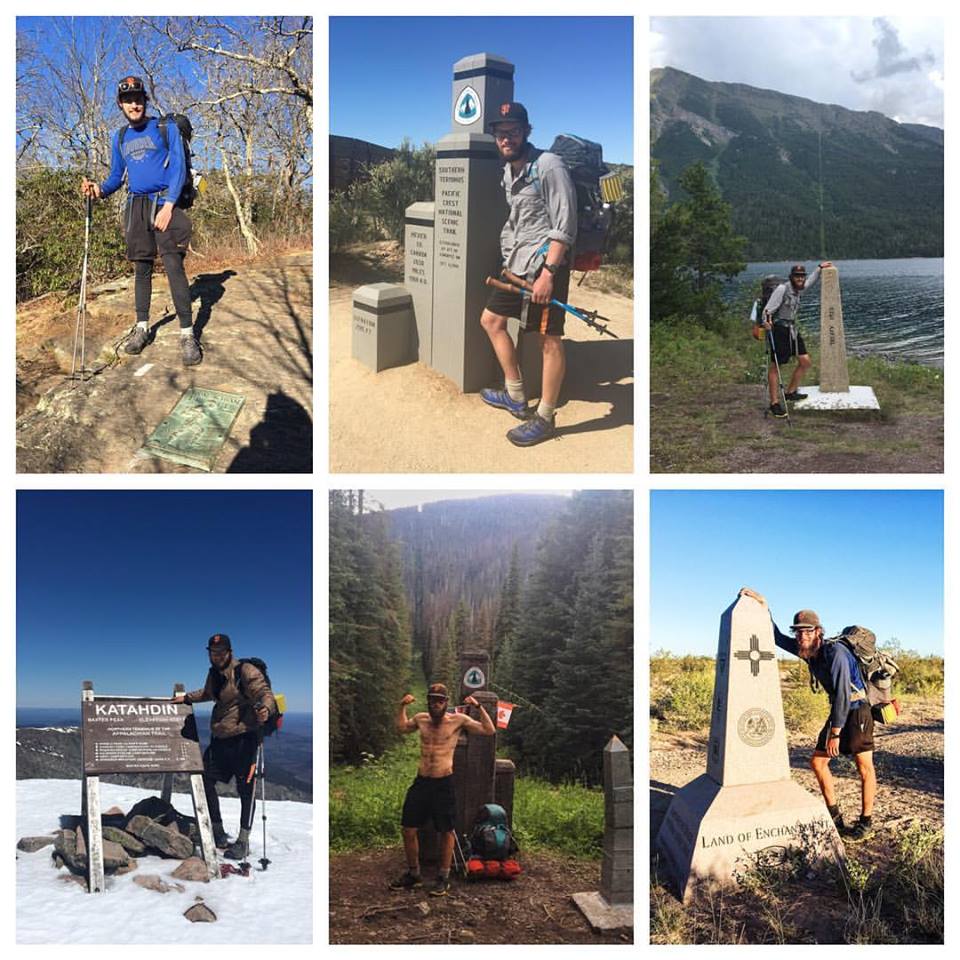 Photos of Jeffrey “Legend” Garmire at the southern and northern terminus of each triple crown trail. He completed the Triple Crown in eight months. Photo via.

In the past 21 years, under 20 people have completed all three trails in one calendar year—a feat known as the “Calendar Year Triple Crown.” Exact numbers are hard to find. As of 2018, nine had completed the CYTC, and two more had completed it in a 12-month period across two calendar years. Since then, it has gained a bit of traction. At least two additional people finished it in 2021 (the youngest two to finish the CYTC), and at least two more are attempting it in 2022: Quadzilla and Professor.

Which Triple Crown trail do you most want to hike? Tell us in the comments below!